Let's hold on to the cargo regiment... "If you don't return, the safe fare system will be abolished" warning

The strike has been going on for the eighth day, but the government and the cargo unions are still unable to find a compromise. The government is pouring out hardline measures every day, saying that it can even review the abolition of the safe fare system. 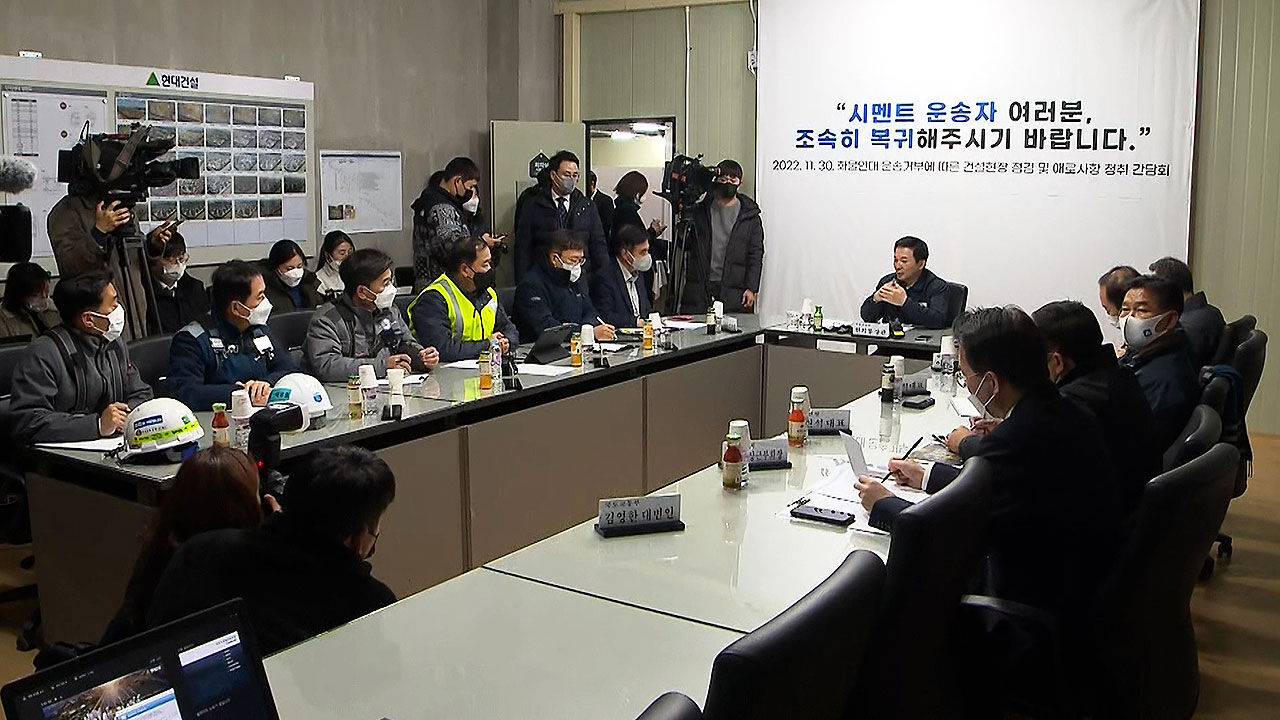 The strike has been going on for the 8th day, but the government and the cargo union are still unable to find a compromise.

The government is pouring out hardline measures every day, saying that it can even review the abolition of the safe fare system.

Minister of Land, Infrastructure and Transport Won Hee-ryong visited cement transport companies and construction sites and criticized the leadership of the Cargo Solidarity.

[Won Hee-ryong/Minister of Land, Infrastructure and Transport: In particular, in the case of instigating the refusal of other transport owners or interfering with their actions, because they are executives of the cargo union, we will see it as a part that must be blocked by judgment until the end.

] When this did not subside, it seems that the intensity of the remarks was increased.

Steel shipments were reduced by half, and container traffic at 12 ports across the country was reduced by nearly 40%.

More than half of construction sites across the country stopped pouring ready-mixed concrete, and the number of gas stations that could not sell oil increased to 26.

The government said that if the cargo union does not return to work, it may completely abolish the safe freight system, which is a key issue.

The law must be changed by the end of the year to maintain the system, but it is said that it will disappear by leaving it alone.

In addition to cement, we also proposed a plan to issue an order to start work in tankers and other fields.

Because if you compromise at that time, you can call another strike and illegal...

The Ministry of Land, Infrastructure and Transport delivered an order to start work to 350 cement car drivers, and raised the level of pressure by discussing a plan not to provide oil price subsidies to strikers.