Even with the same data, interpretations differed... The issue of the 'safe fare system'

The safe freight system, which guarantees certain wages to truck drivers, is a key issue in this strike, and both sides are fighting over whether it is effective or not. 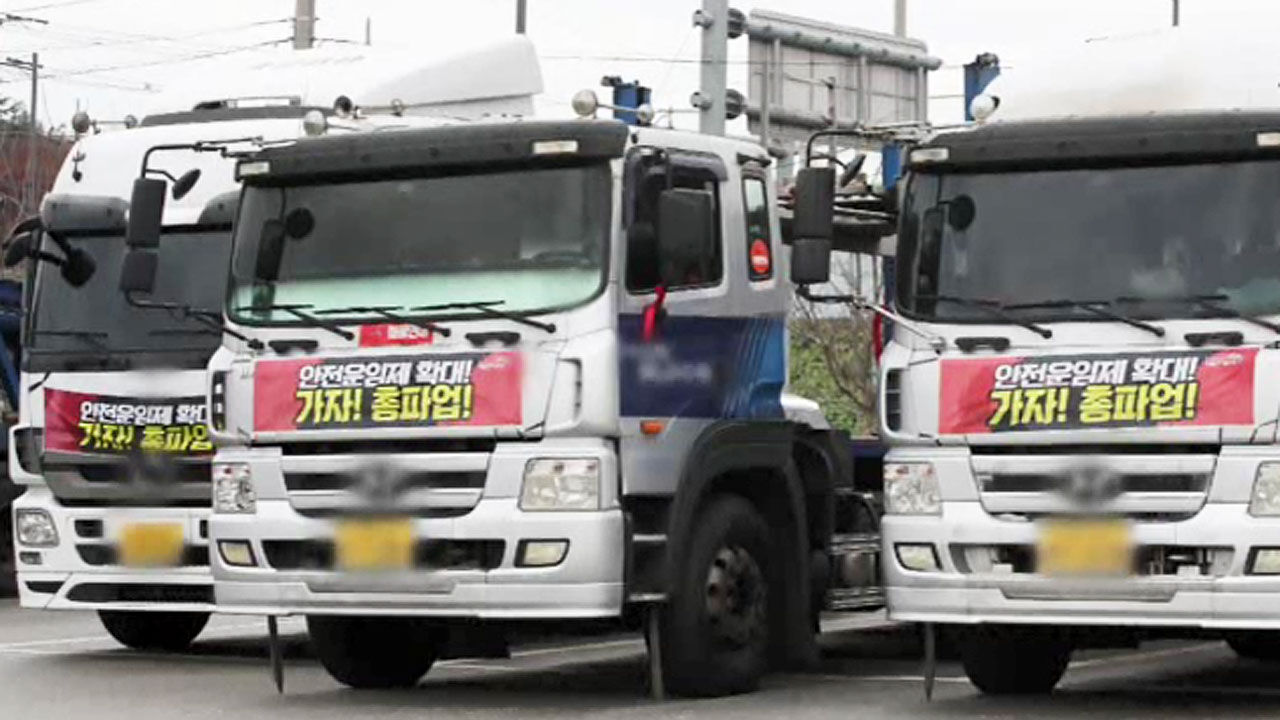 The concept of a safe freight rate system that guarantees certain wages to truck drivers is a key issue in this strike, and both sides are fighting over whether it is effective or not.

Different interpretations of the same data.

Among the traffic accidents that occurred on highways across the country in the first half of this year, about 65% of fatal accidents were caused by trucks.

It is said that safe operation is important because trucks cause great loss of life in an accident.

If truck drivers are guaranteed a certain fare like the minimum wage, they will be less likely to drive excessively, such as speeding and overloading, and then accidents will decrease, so the safe fare system was created two years ago.

Then, has it really become safer after the safe fare system?

This is a report made by the Ministry of Land, Transport and Maritime Affairs to evaluate the effectiveness of the Transportation Research Institute.

It's the same material, but the interpretation is different.

The Ministry of Land, Transport and Maritime Affairs said that the number of deaths increased slightly compared to before the implementation of the system, but since the effect is not clear, the system should be extended for another 3 years and the effect should be evaluated again.

On the other hand, the cargo union says that the effect is obvious because the number of accidents and the number of injured people, which had sharply increased before the introduction of the system, has decreased noticeably after the implementation.

In addition, in the case of cement items to which the system was applied, there were many responses that both the borrower and the shipper helped improve overload, and long hours of work were also reduced, so the Cargo Solidarity insists that the system continue to be implemented.

The issue of expanding the safe fare system is also closely contested.

The Ministry of Land, Infrastructure and Transport is in a position that it cannot be further expanded to other types of vehicles other than currently applied containers and cement.

These wages are relatively high, and it is difficult to standardize freight rates.

On the other hand, the Cargo Solidarity refutes that oil tankers and car carriers who earn a lot of money are at the minimum wage level, excluding various expenses and taking into account long hours of work.

[Baek Doo-ju/Korea Safe Freight Research Director, Sociologist: Since the truck driver's workplace itself is shared with ordinary citizens (the risk of truck drivers), isn't it actually a risk to society?

From a social and public point of view, it is more broadly...

Expansion of the safe fare system can lead to an increase in fares for companies, putting a burden on the economy. Comprehensive consideration is needed on how much our society should accept for the social benefit of traffic safety.