Cargo union on strike, the situation on the first day... Government "Strict Action"

The cargo unions, which went on strike in June, went on a general strike again today. First, find out if there are any disruptions in logistics transportation. I am a reporter at the container base in Uiwang, Gyeonggi-do, the logistics base in the metropolitan area. 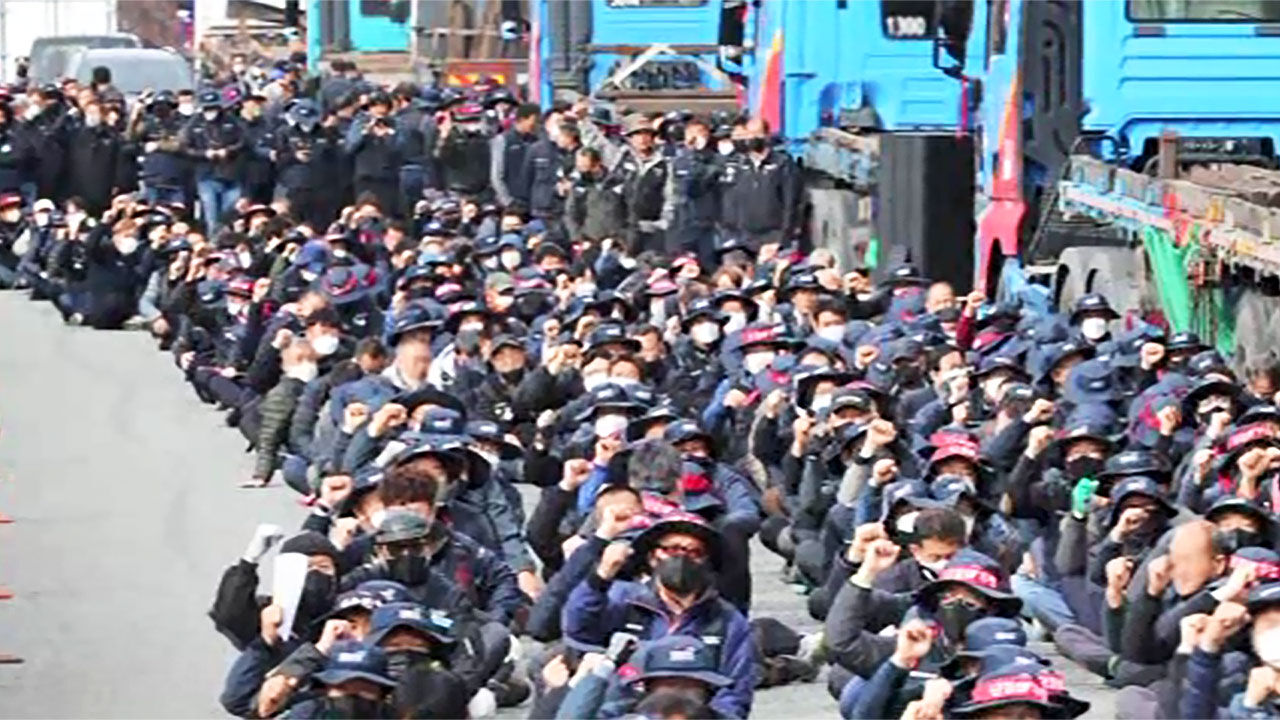 The cargo unions, which went on strike last June, went on a general strike again today (the 24th).

First, find out if there are any disruptions in logistics transportation.

I am a reporter at the container base in Uiwang, Gyeonggi-do, the logistics base in the metropolitan area.

Reporter Jung Joon-ho, how was the logistics situation on the first day of the strike?

Yes, this is a place where thousands of container vehicles come and go every day, but today only empty cars came and went.

Major ports and container bases across the country have transported a lot until yesterday in preparation for the strike, so there are no major problems yet.

But logistical disruptions are starting to appear here and there.

The entrance to Gwangyang Port was blocked by cargo vehicles, and Hyundai Steel was unable to export 50,000 tons of production today.

We visited a cement factory, but as shipments stopped, the silos that stored cement gradually filled up, and we had to think about stopping production in a day or two.

If the strike is prolonged, logistics disruptions are likely to increase rapidly.

How does the government respond?

government is taking a tough line against the cargo strike.

Along with the principle of zero tolerance for illegal acts, we are preparing a 'commission to work' card that has never been triggered before.

If the truck driver refuses this order, he will be punished by imprisonment for up to three years or a fine of up to 30 million won.

Regarding why the safe fare system, called the minimum wage for cargo drivers, was not resolved after the last strike, the government and the cargo union continue to confront each other today, blaming each other.

Tomorrow, non-regular workers in charge of school care and school lunches are scheduled to go on strike demanding the resolution of discrimination against regular workers.