Fuel shortage: the strikers decide on the renewal of the strike

Three weeks after the start of the social movement in the refineries, the strikers must decide on the renewal - or not - of the strike which led to a shortage of fuel."It is the employees who will decide", estimated Eric Sellini , the national coordinator of the CGT for refineries. 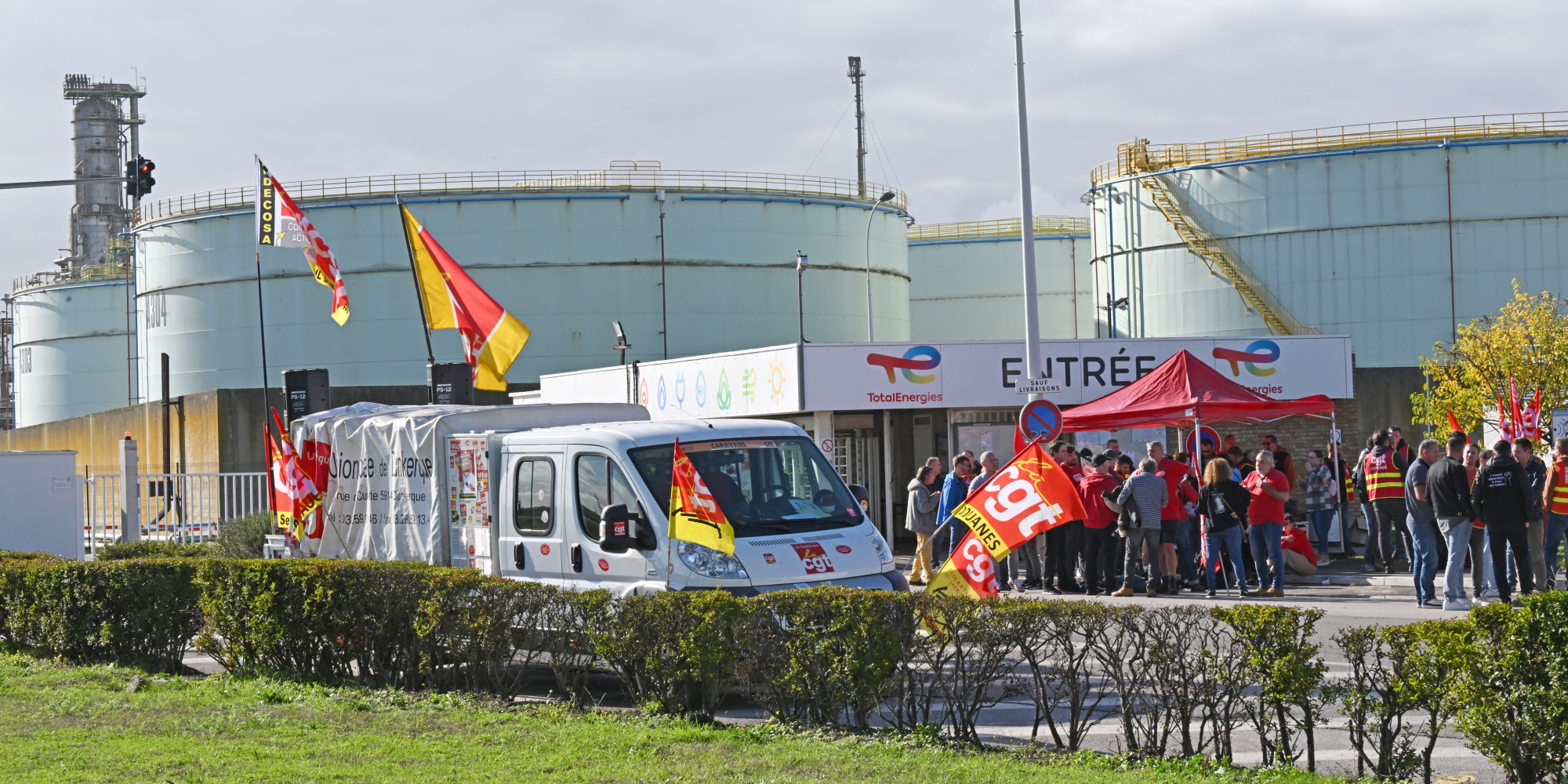 Three weeks after the start of the social movement in the refineries, the strikers must decide on the renewal - or not - of the strike which led to a shortage of fuel.

“The employees will decide,” said Eric Sellini, the national coordinator of the CGT refineries.

In the aftermath of the general strike movement, the mobilization continues for the strikers of the oil sites of TotalEnergies.

In the energy sector, the CGT signed a branch agreement with FO and the CFDT on increases in the gas and electricity industries (IEG).

A first step for the opening of wage negotiations in good and due form in the 157 companies concerned, including EDF and Engie.

For TotalEnergies, the CGT did not sign the wage agreement concluded last Friday between the management and two majority unions (CFE-CGC and CFDT), providing for a general increase of 5% in wages, accompanied by individual increases and d an exceptional bonus of between 3,000 and 6,000 euros.

The CGT demanded a 10% increase to offset the inflation expected this year and take advantage of the exceptional income earned by the oil group in 2021. Prime Minister Elisabeth Borne announced this Tuesday to the National Assembly that now "less than 25% “Service stations are hit by shortages.

What you must remember :

Towards a renewal of the strike?

The strikers at the oil sites of TotalEnergies will have to decide on Wednesday whether to continue or expand their movement.

Tuesday evening, at the end of a day of strikes and demonstrations throughout the country, the CGT proposed the "renewal of the movement" of the refineries initiated on September 27 until Wednesday at midday, when must hold new general meetings.

According to Olivier Mateu, CGT departmental secretary of Bouches du Rhône, "nothing is decided" for the future.

“It is the employees who will decide”, also notes Eric Sellini, national coordinator of the CGT refineries.

Many union elected officials must participate Wednesday morning by videoconference in a national meeting where each section must decide and a decision be taken concerning a call for a general strike, said Olivier Mateu.

Tuesday evening in Gonfreville in Normandy, the renewal was voted massively, according to Emmanuel Letetu, elected CSE of the CGT, and Pierre Yves Hauguel, CGT delegate.

In addition to Normandy, the strike movement at the call of the CGT in the refineries and depots still concerned Wednesday morning the TotalEnergies sites of Donges, La Mède, Feyzin (the depot, the refinery being stopped for technical reason) and Flanders (depot), said Eric Sellini, national coordinator of the CGT refineries.

Unions and youth organizations have called for a general strike on Tuesday 18 October.