The battery of measures to increase Social Security income through contributions paid by companies and workers have led Cepyme, the employers' association... 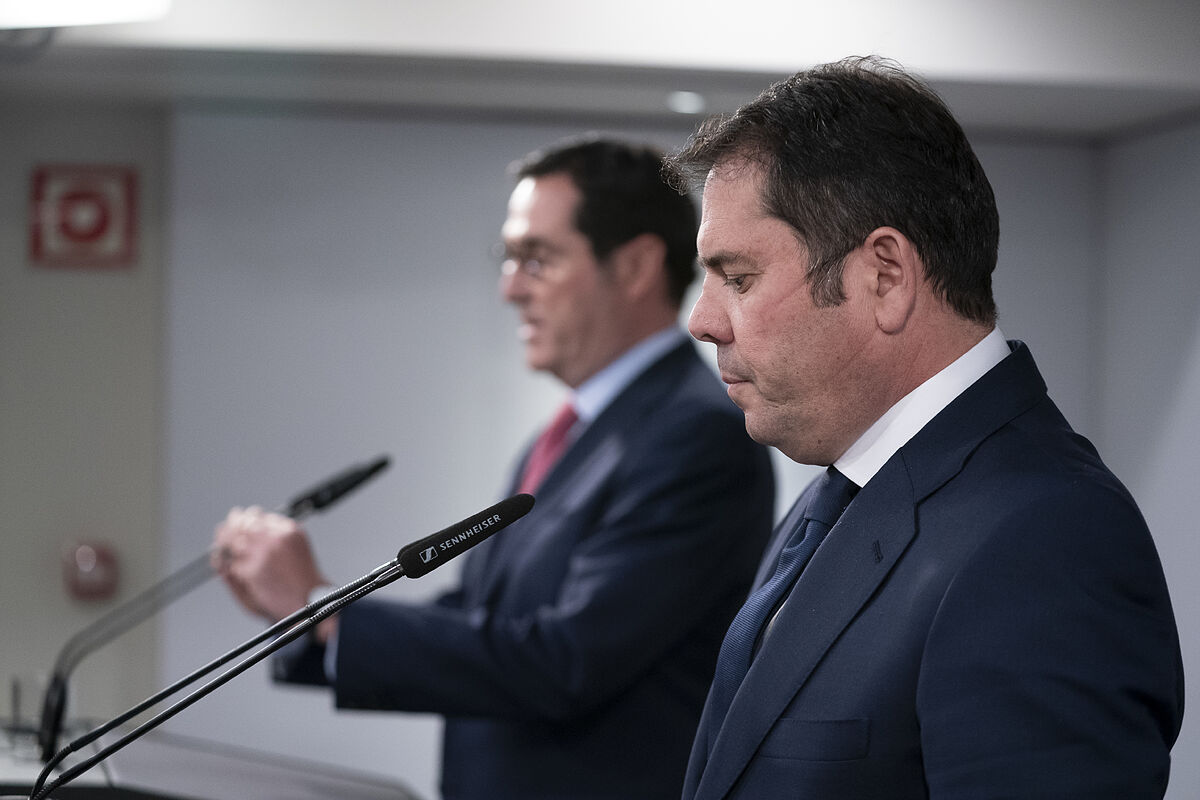 The battery of measures to increase Social Security income through the contributions paid by companies and workers have led Cepyme, the employers' association of small and medium-sized companies, present together with CEOE in the social dialogue, to retract the agreements signed on last year for the reform of the pensions and

"Given the current situation, the Spanish Confederation of Small and Medium Enterprises

invites a new reflection on the sustainability of the system,

and to evaluate the latest changes introduced in the General Law of Social Security in order to guarantee its viability", The organization has indicated in a statement sent hours after the reaction of CEOE to the rise in prices announced by the Government

Although CEOE's tone has been unusually harsh, Cepyme has given it one more twist

by proposing a "new reflection" on the increase in pensions

, which will rise by 8.5% in 2023, dragging an increase of 11.5% of the income from contributions through measures such as the increase in the maximum and minimum bases or the new Intergenerational Equity Mechanism.

As a whole, companies and workers will pay 16,000 million euros more than this year, a figure similar to that of the increase in pensions with the CPI.

The president of the organization,

The revaluation of pensions - which with the current level of inflation will be equivalent to paying a new extra pay - was later endorsed in the Congress of Deputies.

Now, Cepyme considers that "the total and generalized indexation of pensions

cannot be guaranteed without including any limit

that protects the viability of the system, especially in situations such as the current one of low growth and high inflation."

The organization emphasizes that the reform that the Government brought to Congress (which constitutes the first part of a process that must be completed in the coming months) eliminated the sustainability factor, which was the only adjustment mechanism of the Spanish pension system, therefore that

the only way to meet the needs of the system is "exclusively" the increase in contributions.

The request of the employers of SMEs is more than complicated to execute, since the Government has officially committed to maintaining the indexation of pensions to the CPI and uses it as an electoral trick for the final stretch of the legislature in 2023 The PP, for its part, is in favor of complying with the current law, but several of its senior officials believe that it would be fairer to raise the lowest benefits even more than the highest ones.

In other words, give

progressiveness to the updating

, at a specific moment in which

Be that as it may,

can be valued in the coming weeks.

The organization sits together with CEOE and unions at the social dialogue table organized by the Government to negotiate and endorse the second part of the pension system reforms.

His invitation to review the first part already marks a certain way in the negotiation, announcing that it

is more than likely that he will not approve the second part of the reform if it does not include an adjustment to the indexing of pensions to the CPI.