Sánchez and Scholz initial their pressure on Macron: It is "of utmost importance" that MidCat works in 2025

It was sunny in A Coruña until shortly before German Chancellor Olaf Scholz landed. The rain did not miss the appointment in a Spanish-German summit marked by the crisis... 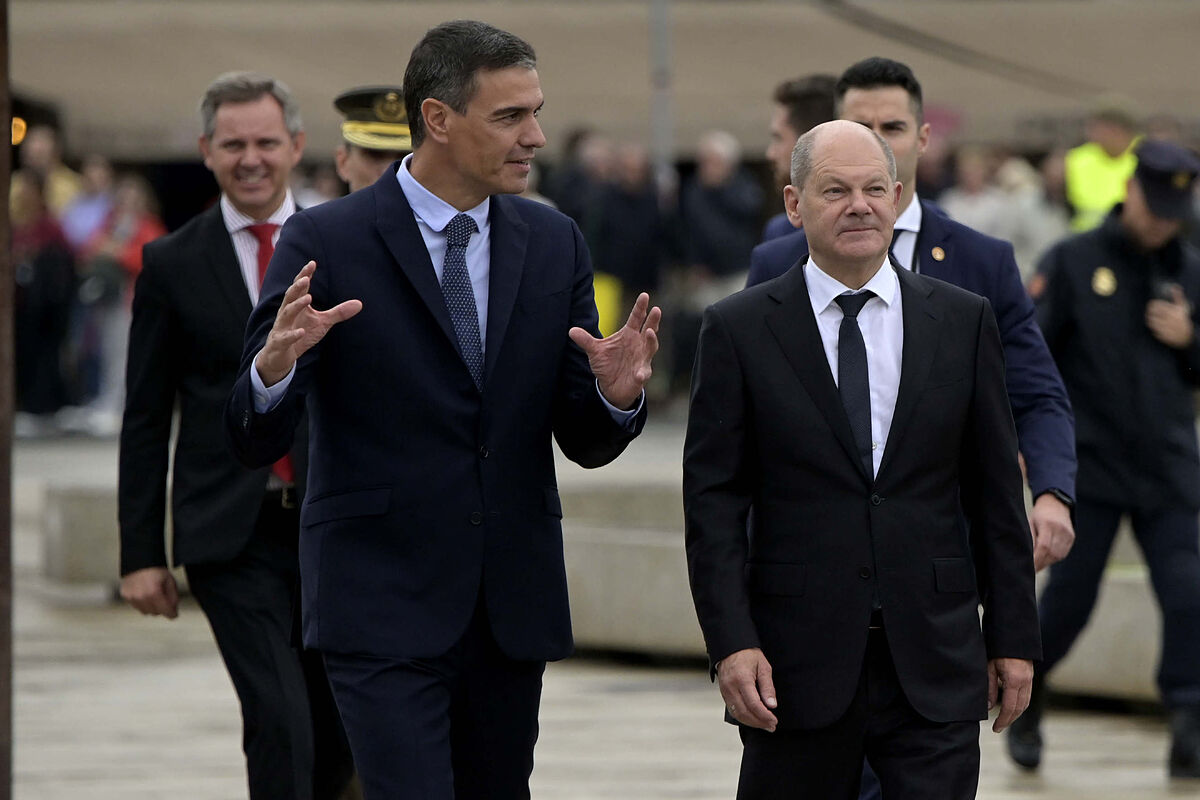 The rain did not miss the appointment in a Spanish-German summit marked by the socioeconomic and energy crisis in Europe as a result of the Russian invasion of Ukraine.

The two countries boast of harmony but maintain distant positions on issues such as establishing a cap on gas in Europe or fiscal rules.

Where Pedro Sánchez and Scholz go hand in hand is in establishing a front to put pressure on France -with a reticent position- and build the MidCat, the gas interconnection through the Pyrenees.

The two countries set it

that this infrastructure be operational in 2025.

joint action plan has been sealed,

a document that includes the purposes to go hand in hand and strengthen collaboration.

"Both of us will continue to advocate for a greater interconnection capacity of the Iberian Peninsula to improve its contribution to the security of supply to the entire EU," says the text, which confirms the entente between Sánchez and Scholz against an

who resists give the go-ahead to this gas pipeline and has squashed a purpose that the European Commission supports.

The three leaders meet this Thursday in Prague in the framework of an informal meeting of the European Council.

"Building a hydrogen-ready pipeline large enough across the Pyrenees to be operational by 2025 is of the utmost importance to achieve a truly robust internal energy market within the EU, speed up the green transition and strengthen autonomy. EU strategy".

That's how clear is the message that Spain and Germany have wanted to send to France and that includes the joint action plan that they have signed this Wednesday.

Sánchez has spent months agitating for this initiative in Europe, trying to join forces to break Macron's resistance.

But, to this day, not even the support of Brussels has served.

Faced with this situation, although La Moncloa considers that the option that should be on the table is the gas pipeline through the Pyrenees, the head of the Spanish Executive has opened the door for this interconnection to be carried out by

(Livorno), but more as a notch in pressure than as a viable option.

Along with energy, the economy was another key issue at this meeting.

All the harmony they maintain on interconnections evaporates in terms of fiscal rules.

Another key issue in Europe in the coming months.

requires countries that the public deficit does not exceed 3% of GDP and the debt 60%.

This rule was suspended in 2020 due to the pandemic, and in May it was also decided to extend it to 2023, due to the consequences of the war.

Despite this scenario, Germany's purpose would be to return to its own fiscal rules by 2023. As for the European framework,

once again go hand in hand and demand that it be renewed, reformed, before it is applied again .

When Scholz visited La Moncloa, last February, he was very forceful in the need to get back on the path of fiscal rules as soon as possible and now, Germany is open to a reform of indebtedness rules, admitting, yes, that Europe has « work ahead."

In exchange, he asks that the rules be applied more consistently in the medium term.

At this point, the aim is to bring positions closer together, but there is still a distance, as reflected in the joint declaration that has been sealed in A Coruña.

And they add: "Together with our European partners, we wish to jointly discuss and reach agreements on the future development of European tax rules", in a statement that shows that there is no common position and the debate is still open.