In Iran, the anger movement is spreading to colleges and high schools

The images are making the rounds on social media. Young Iranian women took off their headscarves in several colleges and high schools in Tehran and in the provinces while launching slogans for freedom and against… 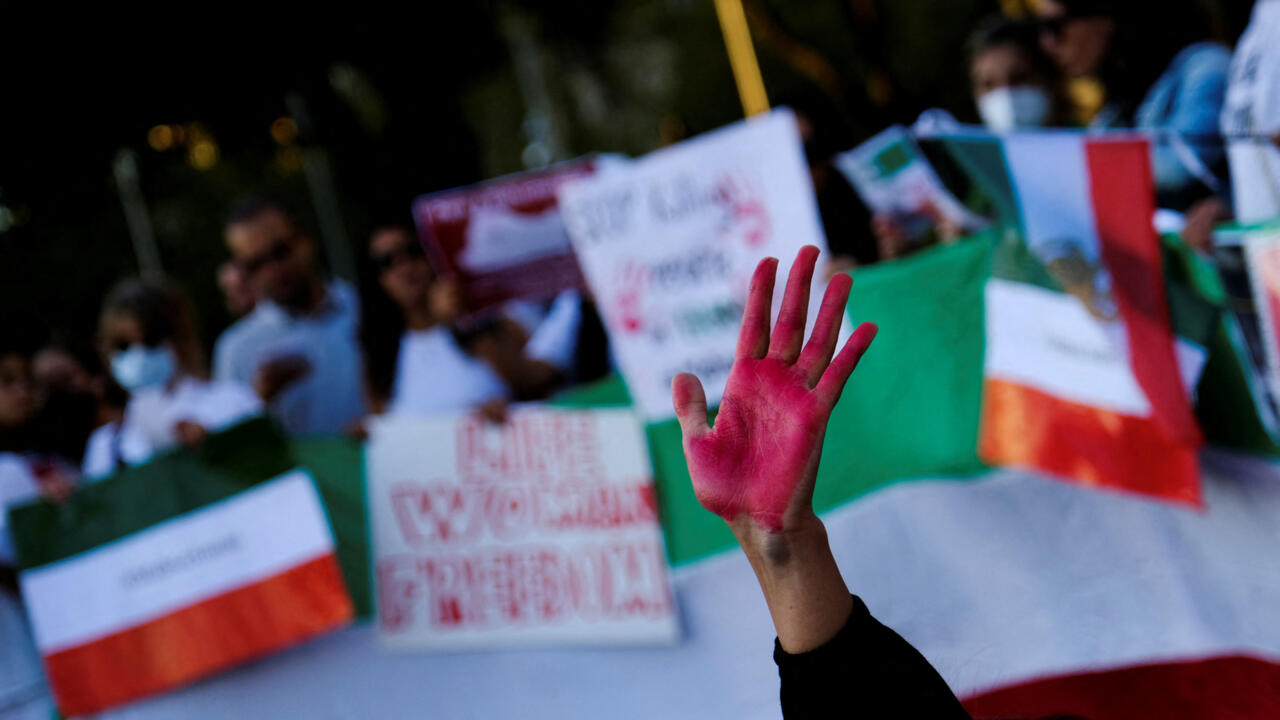 In Iran, the anger movement is spreading to colleges and high schools

In a demonstration in support of Iranian women, in Catalonia, October 4, 2022. REUTERS - NACHO DOCE

The images are making the rounds on social media.

Young Iranian women took off their headscarves in several colleges and high schools in Tehran and in the provinces while launching slogans for freedom and against the power and the top leaders of the country.

in the country in recent days, the protest movement has won schools and high schools.

On social networks, we can see many videos of young girls who have taken off their veils and cry death to the dictator or slogans in favor of freedom.

In some cities, they even demonstrated in the streets without wearing the veil, which has been compulsory since the Islamic revolution of 1979.

Today in Iran, schoolgirls remove their compulsory hejab and chant “death to the dictator” while stomping on the photos of their rulers pic.twitter.com/ipQPSZhsvC

Riot forces are still deployed in large numbers in the main squares of the capital to prevent further demonstrations.

At the same time, the authorities announced the release of several hundred demonstrators but also of the singer Shervin Hajipour whose song in favor of freedom broadcast after the death of Mahsa Amini has become a symbol for the demonstrators.

On some videos taken in schools, we see young girls with bare hair singing this song.

These high school girls are the future of #Iran.

They won't give up.

When you think that it's been more than 40 years that they are obliged to cover their hair!

But the power seems determined.

A new demonstration is organized on Wednesday in Tehran in support of the government, after identical demonstrations in recent days in several cities of the country.

► To read also: [In pictures] Demonstrations in support of Iranian women are gaining Paris and the world

"Unity": in London, the fresco of an Iranian artist

The mural by Shahrzad Ghaffari

is eleven meters high and adorns the spiral staircase of the Victorian house.

It will be exhibited from October 15 at Leighton House, in the wealthy district of Kensington, London.

Like an echo of current events in his country of origin, the work is called “Unity”.

It's a message of unity for the new generation,

The shape of the work resembles DNA, like a new being being born.

It is about union and renewal.

And the color turquoise is the symbol of hope in Persian culture.

Barely fifty, she is moved to see her creation soon unveiled to the general public.

But the gaze of this native of Tehran, daughter of artists and now based in Canada, darkens at the mention of the bloody repression against demonstrators in Iran.

She evokes her family in half a word.

When you have this situation in your country, you always have it in mind,

My brother and my sister are currently fighting for their freedom, I hope they will succeed.

I am by their side.

I'm having trouble contacting them right now because the internet connection is slow in Iran.

And even if her work was painted before the recent revolts, it is difficult not to see in it a resonance with the calls for the freedom of Iranian women, for a rebirth, for a new society.

Iran: repressed demonstration in the grounds of Sharif University in Tehran