"I put 1,000 million or what you recommend": This is how Musk's messages ended with his escape plan in the purchase of Twitter

Elon Musk has done the worst business of his life. He is going to spend more than 30,000 million dollars to buy a company that does not give money and with which he does not know what to do, Twitter,... 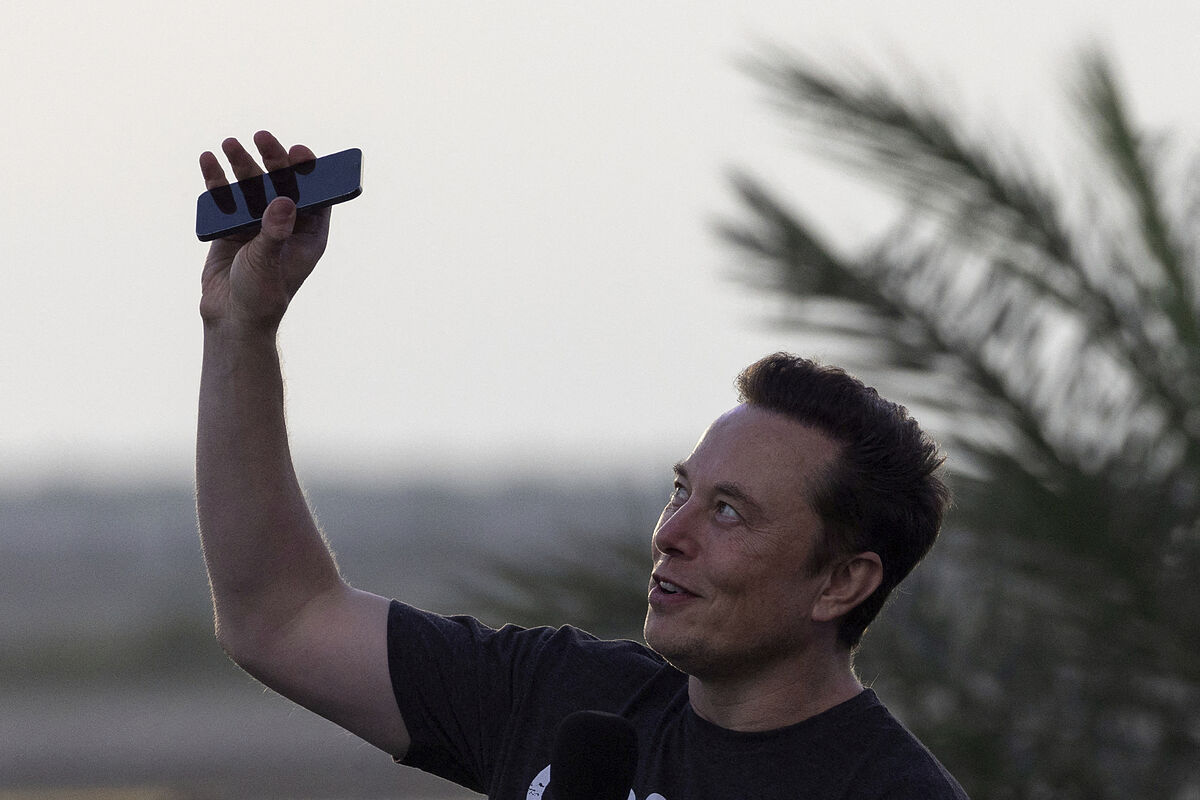 has done the worst business of his life.

He is going to spend more than 30,000 million dollars to buy a company that does not give money and with which he does not know what to do,

, and for which he is going to pay approximately 75% more than it is worth, according to the

The richest man in the world is going to pay for it eight times his expected turnover for the next twelve months;

Meta (the owner of Facebook, Instagram, and WhatsApp), which does earn money, trades at three times its expected turnover.

As they say colloquially, God has come to see the shareholders of Twitter.

If not for divine intervention, it is not explained that one of the most successful entrepreneurs in the world pays 54.20 dollars for a company that is worth 30. The

has succinctly titled it:

Musk could also have another problem facing him: finding the money to pay.

Most of his fortune is in shares of

In order to raise the money he needs to buy Twitter, he will likely have to sell shares of the first of those companies, which in turn could push the value of those shares down.

Of course, if that is his problem, the worst is that of the banks that support the purchase, headed by

, who are going to contribute around 13,000 million more to finance the transaction.

The plan that Musk and his banks had prepared in April and May was in line with financial conditions at the time.

Four months have passed and interest rates have risen more than expected and stock markets have crashed.

Musk has also caused considerable reputational damage to the world of technology.

The defense of Twitter has cleverly forced him to spread the SMS that he crossed paths with other Silicon Valley executives and Republican police personalities - such as the governor of Florida and probable 'presidential candidate' in 2024,

Joe Rogan - commenting on the purchase.

The result projects a devastating image for these business leaders, who dispose of billions of dollars as if they were small change and which, in addition, they allocate to their personal or political vendettas.

This is what becomes clear when on April 20 Musk comments to the founder of Oracle,

(83,700 million assets and one of the most prominent defenders of Donald Trump among the big technology companies) if he wants to join the purchase of Twitter, this he replies "yes, of course," and offers him "1 billion, or whatever you recommend."

Musk asks for double, but Ellison doesn't raise the figure.

Although, yes, he concludes: "I'm sure this has a lot of potential, and we're going to have a great time."

Or, to give another example, what Musk himself comments to the Republican billionaire

, when the latter tells him that the alleged censorship -never proven by anyone- of conservative voices on Twitter must be ended.

What we have now is a system of absolute corruption."

That is what Elon Musk himself says, who two months later published an opinion article in the magazine of the Chinese Communist Party body in charge of censoring the media, which has created Tesla based on state subsidies - but which says it opposes them-, and who has a fortune of 223,000 million but does not pay personal income tax.

that Musk exhibits on Twitter day in and day out - and the one that some of his partners in the purchase, such as

, have shown throughout the controversy - does not seem to have been enough against these testimonies and, predictably, others worse. that have not been released yet.

The richest man in the world is not above the law.

That spread of emails, plus the fact that Twitter had managed to call almost 100 top Silicon Valley executives to testify, seems to have been decisive for Musk to admit something as simple as that on April 25 he signed a contract committing to buy Twitter without no condition.

"Don't buy something without seeing it first" works for cars, flats, and social networks.

He had no business model for that company, whose weight among opinion makers - journalists, politicians and other 'insiders' - is infinitely greater than its ability to be profitable.

And what will happen now?

For now, all we know is that Musk has sent a message to the US stock market regulator, the SEC, announcing that he is going ahead with the purchase.

Given the ability of the world's richest man to promise things that he does not keep (from the arrival, ten years ago, of a gigantic fleet of robot taxis that would not need a driver, to, without going any further, the purchase of Twitter) It is ruled out that the social network tries to continue with the trial so that Musk actually buys it, and does not give the fright again.