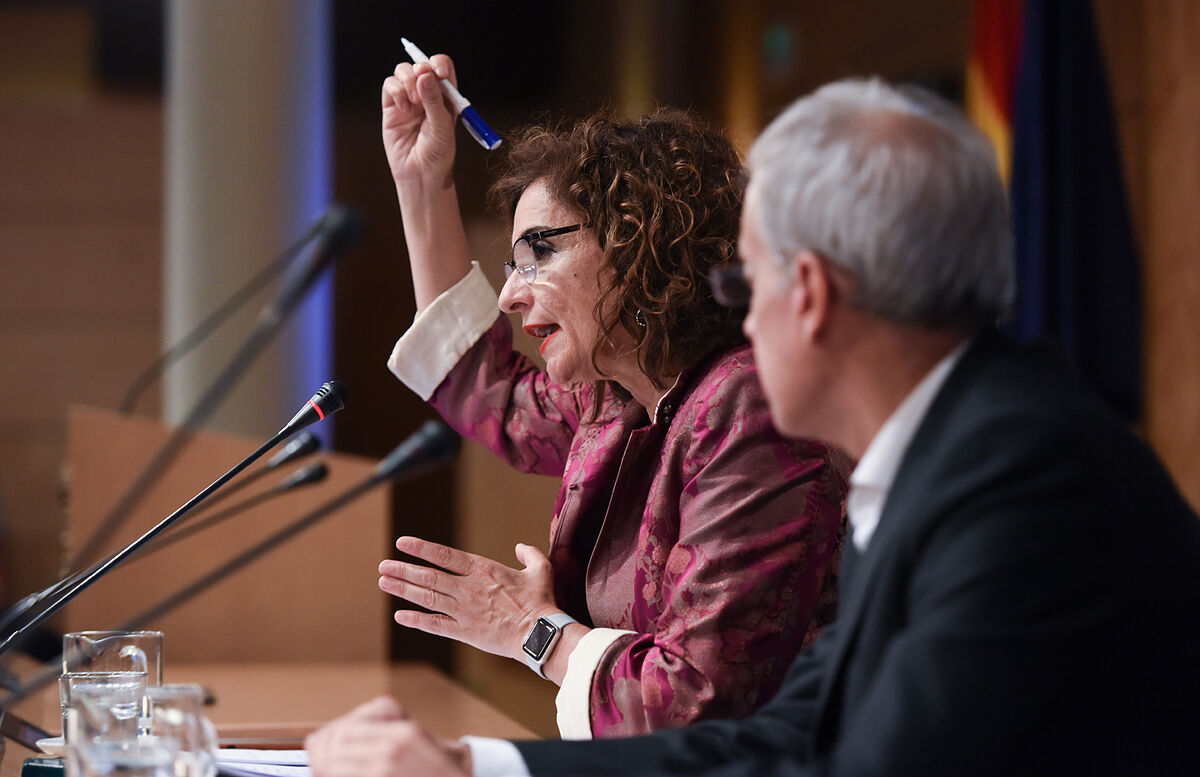 María Jesús Montero spoke yesterday on several occasions, in an obviously critical and sarcastic manner, to the politicians who are firmly committed to tax reductions.

Irresponsible, in her opinion.

She alluded, therefore, to the Popular Party -it is not known if also to the Valencian president Ximo Puig since he did not want to clarify this point-.

And not only that, but some of the most relevant fiscal measures that she presented go precisely against the PP's bet and even proposes a kind of

to counteract the elimination of Patrimony in some regions.

Because the new tax on the rich, which has been baptized as the Great Fortunes Solidarity Tax, seeks to apply a minimum rate throughout the country.

This is clearly pointed out in the Ministry of Finance itself, where the former director general of the Tax Agency and current Secretary of State for Finance, Jesús Gascón, has sought, as he did with taxes on banks and electricity companies, the so that its creation is not illegal by incurring double taxation.

To achieve this, the Treasury has decreed that what is paid for the Corporation tax be deductible in the new figure.

Thus, in the regions in which Companies are maintained, both taxes will be combined, and in those that do not exist, such as Madrid or Andalusia, the new tax will be paid.

One way or another, high incomes will pay

, and competition between regions or what Montero defines as

Also the reduction of income tax to the lowest income collides directly with the bet of the PP.

There will be no deflation of the rates, that is, the tax will not be adjusted for inflation.

The Treasury has always rejected it and continues to do so because, he explains, it benefits all incomes.

Although it is limited to the low sections, as requested by the PP, all taxpayers go through those sections.

"This has nothing to do with deflation, which benefits all groups. This is not a general reduction," he said when explaining the increase in the reduction for work performance to 21,000 euros.

And all this is true, but he missed a very important point: that in the economic literature it is widely accepted that

adapting personal income tax to inflation is not lowering taxes

and that, on the other hand, not doing so is an increase in taxes.

This was defended in this same newspaper, for example, by

They are two of the greatest connoisseurs of the Spanish tax system and were chosen by Montero herself to be part of her committee of experts, but they decided to leave it due to their disagreement with the conclusions and recommendations provided.

The PP's response to the measures: "Disappointing and scarce"

The president of the PP, Alberto Núñez Feijóo, criticized the "disappointing and scarce" reduction in taxes for medium and low incomes that includes the fiscal proposal that the Government of Pedro Sánchez has presented and has complained that this reduction will not affect the exercise 2022, despite the "difficulty" that citizens are going through this year due to high inflation.

"This proposal does not have the slightest sensitivity with the middle and low incomes, to which 'no' has been said to the tax cut in this year 2022," Feijóo assured from Vigo shortly after learning of the fiscal announcements that he has made. carried out by the Minister of Finance, María Jesús Montero.

The head of the opposition has indicated that his party will pronounce "in detail" when it thoroughly analyzes the content of the measures presented to "not improvise."

As he has said, they are studying them to specify the PP's position, reports Europa Press.