Home buyers have rushed the last gasps of low rates to try to get more advantageous conditions on their mortgages. The European Central Bank... 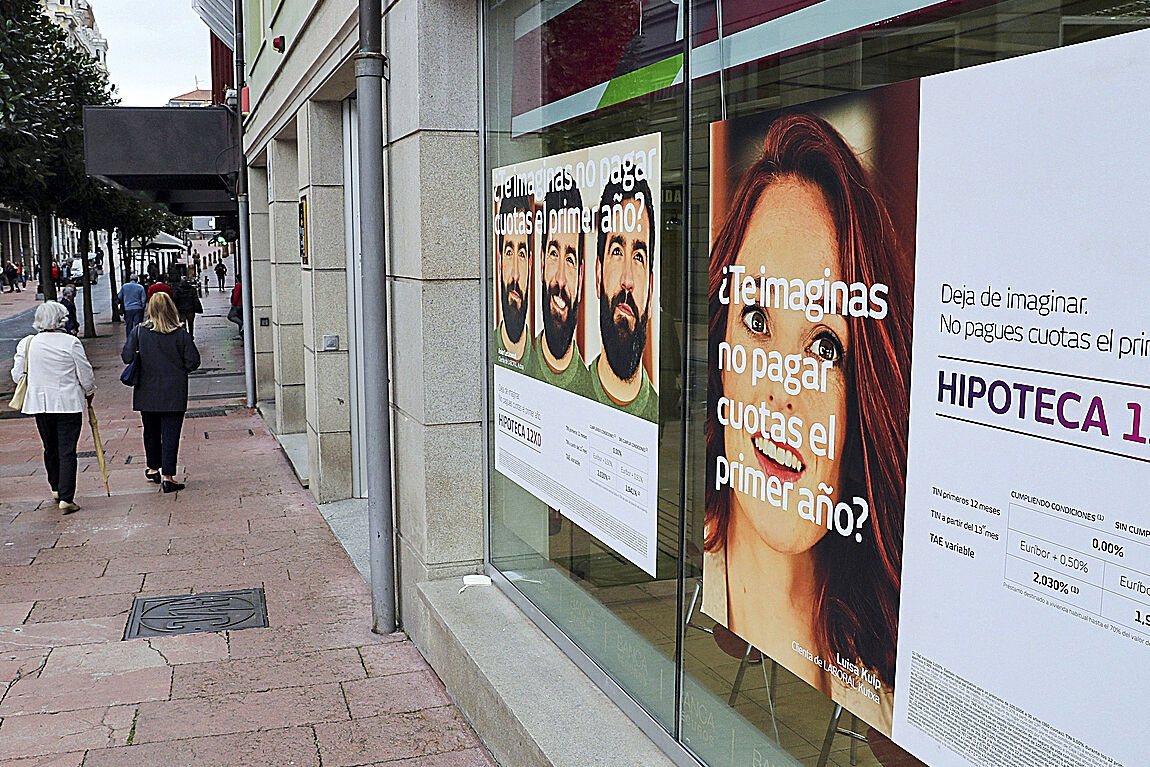 Home buyers have rushed the last gasps of low rates to try to get more advantageous conditions on their mortgages.

(ECB) began its path of increases at the end of July and before that happened, clients accelerated the negotiations to close loans at a fixed rate, to the point that they achieved a historical record against credits variables.

Never before has the distance between one and the other been so wide and never before have the former reached such a high proportion in the total calculation, something that reflects the interest of buyers in protecting themselves against the increase in the Euribor.

"In a scenario in which the Euribor has begun to rise after six years in the negative, it is not surprising that most mortgages are signed at a fixed rate. Many families prefer to close a fixed-rate mortgage than face a possible increase in prices of the quota in the future. However, it seems that those of these months will be practically the last credits that are signed at a fixed rate and it is expected that there will be a change in the trend", he assures

Director of Studies and Spokesperson for the real estate portal Fotocasa.

The preference for fixed rates coincides with the

slowdown in the granting of mortgages

, another of the effects derived from the change in the ECB's monetary policy.

After seventeen consecutive months on the rise, July's advance is the smallest since February 2021.

The slowdown is more evident if the monthly evolution is taken as a reference, since the figure for July reflects a

"The monthly decrease, in addition to being conditioned by the summer season, is due to the change in monetary policy that occurred in this same period [...] The first rise in interest rates by the ECB could slow down the granting and signing of mortgages, because the financial institutions were waiting to see how much the increase would be," adds Matos.

that will be more evident in the second half of the year.

"July's data clearly shows the slowdown in growth predicted by other leading indicators and which we hope will be confirmed in the coming months. Interest rates, although they started to point slightly upwards, still do not show the real increase that we will surely see in the second half of the year. For the second half, we anticipate the confirmation of the slowdown in growth, the increase in mortgage prices and the prevalence of the fixed rate over the variable one," says

The change in the Eurobank's roadmap will have effects on the general real estate sector, beyond the mortgage market.

, "the shift in monetary policy as a result of inflationary pressures will cause a moderation in the upward cycle of housing in 2023."

The search for more favorable conditions also led many people to try to change the conditions of their credits already in force.

Of all these modifications, 8,788 were renewals

agreed with the same financial entity), with an annual decrease of 59.2%.

A quarter of all these operations, 25.7%, was due to changes in interest rates, after which the percentage of fixed-rate mortgages increased from 22.3% to 49.9%, while signed at variable interest decreased from 76.3% to 47.2%, most of them with the Euribor as a reference.

After the modification of conditions, the average interest on loans in fixed-rate mortgages decreased by 0.9 points and that of variable-rate mortgages fell by 0.5 points.