What political support for the Iranian protest movement?

It has been nearly two weeks since Iran has been shaken by a large-scale protest movement. As is often the case when authoritarian regimes are challenged, the question of a political solution arises... 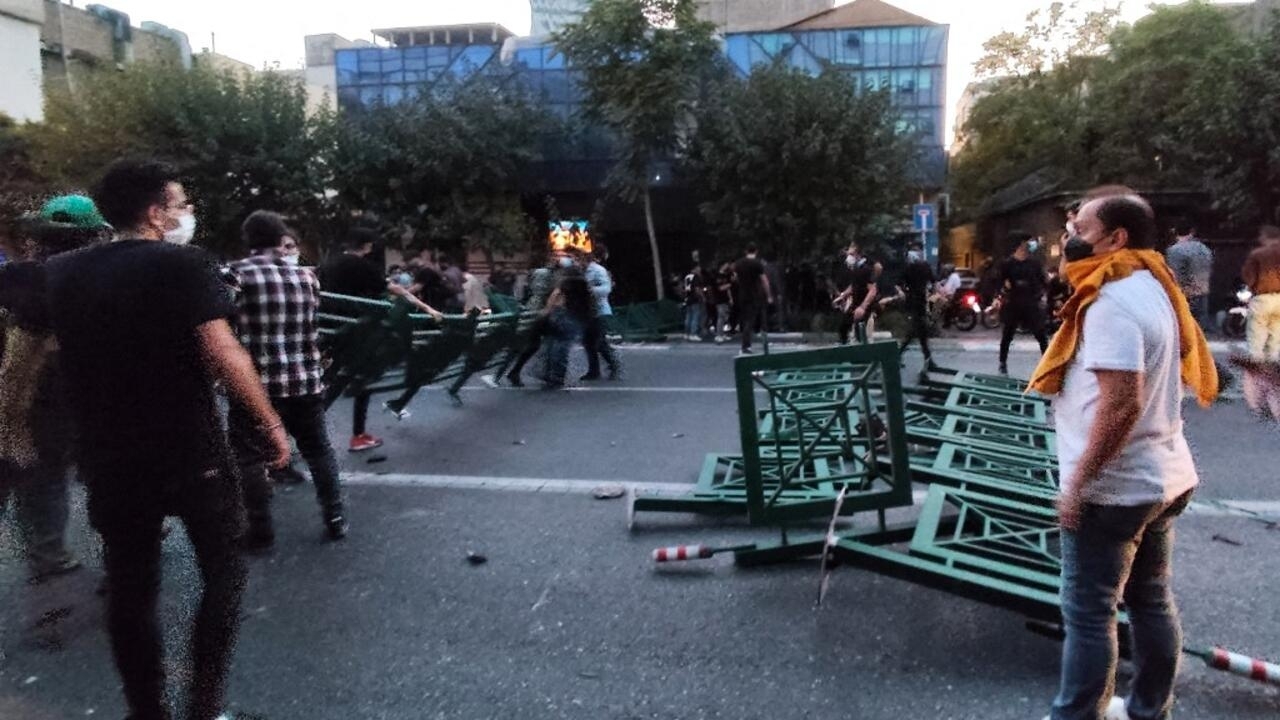 What political support for the Iranian protest movement?

It has been nearly two weeks since Iran has been shaken by a large-scale protest movement.

As is often the case when authoritarian regimes are challenged, the question arises of a political solution to accompany the change to which the people are calling.

Since the announcement of the death of young Mahsa Amini in Tehran, Iranians have been demonstrating against

the regime despite increasingly severe repression

What was a movement of indignation against the death of this young woman arrested by the morality police for incorrectly wearing the veil, has become a broader mobilization for freedoms and against the Iranian political system as a whole.

At the heart of this movement, we find the youth born after the 2000s. A youth "

who believe that we can no longer expect reform from the current political system, even from the progressives

These last few years have shown them that it is not possible to change the regime from within.

For the time being, the gatherings therefore seem to be organized between student associations and messages on social networks.

A very different situation from that of 2009

", continues the researcher at the Etopia center.

The protests that followed Ahmadinejad's fraudulent re-election were much more structured.

They were led by the Green Movement and its leader Mir Hossein Moussavi.

There were political demands.

Today there is no such thing, and there has been for several years.

It is also the strength of the regime, it was able to crush all opposition in order to be able to settle in the long term.

►Also read: Iran: behind the death of Mahsa Amini, the uprising of a people

Mir Hossein Moussavi, former Prime Minister of the Islamic Republic, is still under house arrest, like many reformers who have attempted change from within.

From his point of view, the solution must come from the Iranian people, but he calls on the reformers still active in Iran to join this popular movement.

The former leaders of the reformers always hold the same speeches.

It does not work !

It hasn't worked for ten years.

This is why the reformers lost influence in society.

But within these very movements, there are young people who want to do politics differently.

The people today are demanding radical change and the religious reformers still on the political scene are compelled to follow this momentum.

Ardashi Amir Arjomand also asserts that even in the ranks of the conservatives,

some politicians no longer support the regime

, forced to see that it no longer works.

What role for the opposition in exile?

The regime's authoritarianism drove much of the opposition into exile.

Some hope to see this opposition unite with the struggle of the Iranian people. "

The problem is that the Iranian opposition is unfortunately very divided,

recognizes Asso Hassan Zadeh, himself a former deputy secretary general of the Democratic Party of Kurdistan from Iran.

There are the royalists, the people's mujahideen, the nationalists, the left-wing parties… There are also above all leaders who have emerged from within Iranian society.

All the same, we are taking part in discussions between the various currents of the Iranian opposition in order to agree on a roadmap to put an end to what is currently happening in Iran.

The challenge is daunting, beyond collaboration between the different parties, we must also succeed in reaching the youth marching through the streets of Iran.

It will not be easy for researcher Jonathan Piron.

In Iran, these movements are often viewed with suspicion.

They are considered to have been out of the country for too long.

Some left with the advent of the Islamic Republic.

For Jonathan Piron, the demonstrators call above all today to respect the spontaneity of the current movement.

Beyond the political structuring of the movement, the repression organized by the regime directly threatens mobilization in the long term.

Iran's police command today warned that its units would oppose

The scarecrow of separatism

To justify this violent repression, the regime also presents itself as the guarantor of the very existence of Iran.

The authorities maintain that the demonstrations are caused from abroad,

There would be a kind of conspiracy against Iran and against its survival.

And so she would have to defend herself.

These attacks resulted in nine deaths and around thirty injuries

Among the three Iranian Kurdish opposition parties targeted is the Democratic Party of Kurdistan of Iran, of which Asso Hassan Zadeh is the former Deputy Secretary General.

Today we are witnessing a movement of protest and historical unity of the Iranian people supported by the international community.

Through these attacks, Iran wanted to show its force of destruction and destabilization not only in Iraq and Iraqi Kurdistan, but in the whole region.

It is also a way of saying to Iranian society:

"If you protest, Kurdish separatists and other parts of Iran will dismember our country!"

► Also to listen: Mahsa Amini, symbol of the oppression of women in Iran

Asso Hassan Zadeh nevertheless asserts that a large part of the political formations resulting from the minorities which constitute the Iranian populations call for a democratic process to be found for the whole of Iran.

The Iranian province of Kurdistan has been particularly highlighted in recent days, because Mahsa Amini was from there.

So that's where the protests started.

But in reality, the question of separatism is secondary, according to Jonathan Piron.

There have been other protests in the past that affected the Arabic-speaking part of southern Iran.

But the demands do not ask for a split, they only ask for the respect of certain basic rights, dignity, social and economic rights.

Because indeed, some minorities are repressed, but that does not prevent them from claiming to be Iranian.

He calls for trust in the Iranian people as a whole to protect the spirit of unity and solidarity embodied by the protesters in recent days.