Flydubai said that it had received 10 new 737 MAX aircraft since the beginning of this year, and is looking forward to receiving two new aircraft until the end of 2022, bringing the total number of new aircraft during the same year to 12 of this model. ”, to “Emirates Today”, a 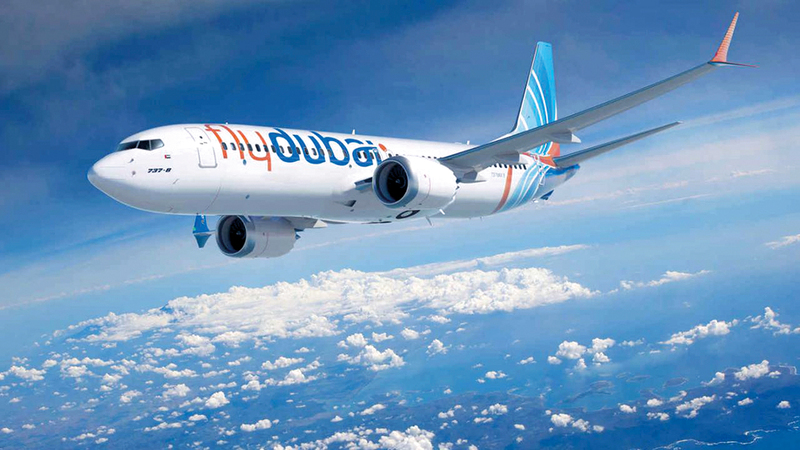 The airline currently operates a fleet of 68 aircraft.

flydubai said that it has received 10 new 737 MAX aircraft since the beginning of this year, and is looking forward to receiving two new aircraft until the end of 2022, bringing the total number of new aircraft during the same year to 12 of this model.

The company stated, that it will continue to operate a fleet consisting of "Boeing" (the new generation 737) and "Boeing 737 Max" aircraft during the coming period, pointing out that until 2025, it is expected that the last aircraft of the "Boeing 737 Next Generation" will be retired. within the company's fleet.

These data show a significant growth in the size of the airline's fleet, which began operations in June 2009, as part of its commitment to removing barriers to travel, facilitating the flow of trade and tourism and enhancing communication between different cultures through its ever-growing network.

From its headquarters in Dubai, flydubai has established a network of more than 95 destinations, served by a fleet of more than 68 aircraft in 50 countries, across Africa, Central Asia, the Caucasus, Central and Southeast Europe, the Gulf Cooperation Council, the Middle East and the Indian subcontinent.

The airline was able to open more than 70 new destinations, which did not previously have direct flights with Dubai, or were not served by a national airline from Dubai, and transported more than 80 million passengers since its launch in 2009.

With the increased demand for travel and a constantly growing network, flydubai continues to add new destinations to its network, having launched destinations across Africa, Europe, Central Asia, the Gulf Cooperation Council, the Middle East and the Indian subcontinent. The airline does not aim to continue expanding this network only, Rather, it made the journey as efficient as possible, with more frequent flights, more direct destinations and more options on board.

Since 2008, the company has placed three orders for aircraft and announced the region's largest single-aisle aircraft deal at the 2017 Dubai Airshow.

The company has introduced the business class travel experience on its flights with express check-in services and priority ground services, including check-in, bus services, boarding, and relaxation before the flight in the business class lounge in Terminal 2 at Dubai International Airport, and for flights departing from Terminal 3, passengers can use the Emirates Business Class lounge, as well as access to Business Class lounges at the airports of most cities in its network.

As it continues to expand to new and unserved destinations, and increases the number of flights to the most popular destinations, partnering with other airlines;

The freight division is equipped to handle all types of cargo across the flydubai network and beyond.

Cargo services are currently operating to all Fly Dubai stations and through joint agreements, as the "cargo" provides freight services to more than 300 stations around the world.

In July 2017, “Emirates Airlines” and “Fly Dubai” announced a wide-ranging partnership, where the two airlines united their efforts to provide various travel options for customers. This partnership provides flydubai’s customers with easy connections with Emirates Airlines destinations in all around the world, spanning across six continents.

While Emirates customers will enjoy access to flydubai's regional network and destinations that did not enjoy connecting services before.

The innovative partnership goes beyond participating in codeshare flights, to provide more flights, easy access to more global destinations with the benefit of delivering baggage to the final destination.