After the leaks, Germany assumes that Nord Stream will not work again

German security authorities take it for granted that the three pipelines of the Nord Stream 1 and 2 gas pipelines in the Baltic Sea will be rendered useless forever after alleged... 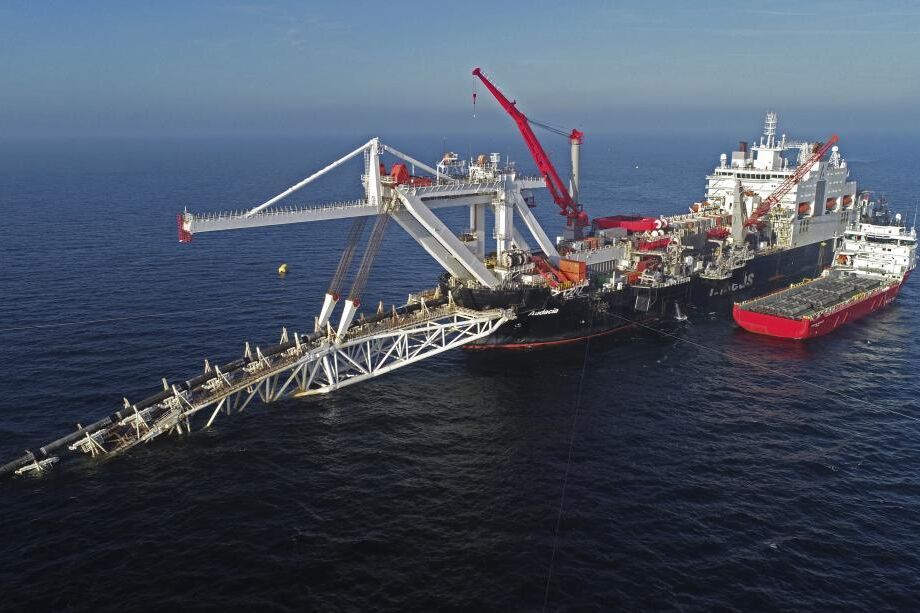 in the Baltic Sea will be permanently disabled after alleged acts of sabotage.

If they are not fixed quickly, a lot of salt water will enter and corrode the pipes, according to government sources.

As a first step, the Federal Police will now intensify the control of German territorial waters and its ships will more closely monitor the corresponding routes of critical infrastructures.

In addition, the federal states will reinforce the protection of the coastal areas of

the North Sea and the Baltic

There is also concern about the safety

of the liquefied gas terminals

that are being built and the submarine and telecommunications cables.

Experts and government circles believe, due to the complexity of the attack, that it could only have been carried out by a state actor.

Speculation points in the direction of

, although the reason is not clear.

Blaming Russia means assuming that Moscow decides to blow up its own infrastructure, for the time being unusable, causing multimillion-dollar damages and giving up a bargaining card on energy matters in the future.

All this to launch a veiled threat to

about its ability to attack its infrastructure.

are now in charge of the investigation, and satellite images of possible ship movements in the run-up to the detonations are being analyzed.

Although gas had already stopped flowing through Nord Stream 1 recently and Nord Stream 2 had not come on stream due to the Russian invasion of Ukraine, the case raises new questions about energy security in

Germany is trying to discuss the situation further with the

, but it is very difficult to carry out proper searches at a depth of 70 to 80 meters.

German territorial waters are controlled from Cuxhaven by the joint

the Federal Police and the

Coast Guard of the Länder

From the Danish side it was said on Wednesday that an investigation at sea could only take place in one or two weeks.

For his part, Economy Minister

recognizes the danger of new acts of sabotage.

"Of course, critical infrastructure is a potential target," he said, recalling that this had been experienced in the past, for example in a software attack on a wind farm.

The security situation has evolved due to the war in

, the minister continued, "but Germany is a country that knows how to defend itself and Europe is a continent that can protect its energy infrastructures," he stressed.

, currently one of the largest suppliers of gas to Europe, has massively strengthened the protection of its gas pipeline system, which is marked on all nautical charts, but difficult to protect due to its length.

also considers sabotage as the probable cause of the leaks in the Nord Stream 1 and 2 gas pipelines and has threatened to take countermeasures, thus assuming that these acts of sabotage were orchestrated by Moscow.

, had already spoken on Tuesday of the "act of sabotage" after talks with the Danish Prime Minister,

It is now of the utmost importance to investigate the incidents to obtain "full clarity" about what happened and the background, von der Leyen wrote on Twitter.

"Any deliberate disruption of active European energy infrastructure is unacceptable and will lead to the strongest possible reaction," warned the Commission president.

Seismologists had recorded tremors on Monday near leaks detected in the Baltic Sea.

A seismograph on the

recorded a tremor twice: once at 2 a.m. local time and once at 7 p.m., the German research center GFZ announced on Tuesday.

there were no signs of earthquakes.

SVT broadcaster: "There is no doubt that these were explosions."

The Danish Minister for Climate and Energy,

The gas pipes were deep in the water and were made of steel and concrete.

The size of the leaks indicates that it could not have been an accident with a ship's anchor.

The force with which the methane gas hits the surface of the water indicates that the leaks are large.

Many questions will now be addressed to the German government.

the US secret service

(CIA) warned them weeks ago of possible attacks on gas pipelines.

This hint from the US foreign intelligence service was received in Berlin in the summer,

reported on Tuesday, citing "people familiar with the matter".

Following the pressure drop in the Nord Stream 1 pipeline, the

had said no impact on security of supply was expected.

Gas storage levels continue to rise steadily despite the fact that the pipeline has been feeding for four weeks.

According to the authority, they are currently around 91%.

Due to the incidents, the authority asked the state company

to be especially attentive to the security of its facilities.

Pipeline breaks are extremely rare, so it sees reasons to raise the so-called readiness level in the gas and electricity sector to the second-highest "orange" level, the energy authority wrote.