Thirty Palestinian prisoners – including the Franco-Palestinian lawyer Salah Hammouri – began a collective and renewable hunger strike on Sunday 25 September. A way for them to protest... 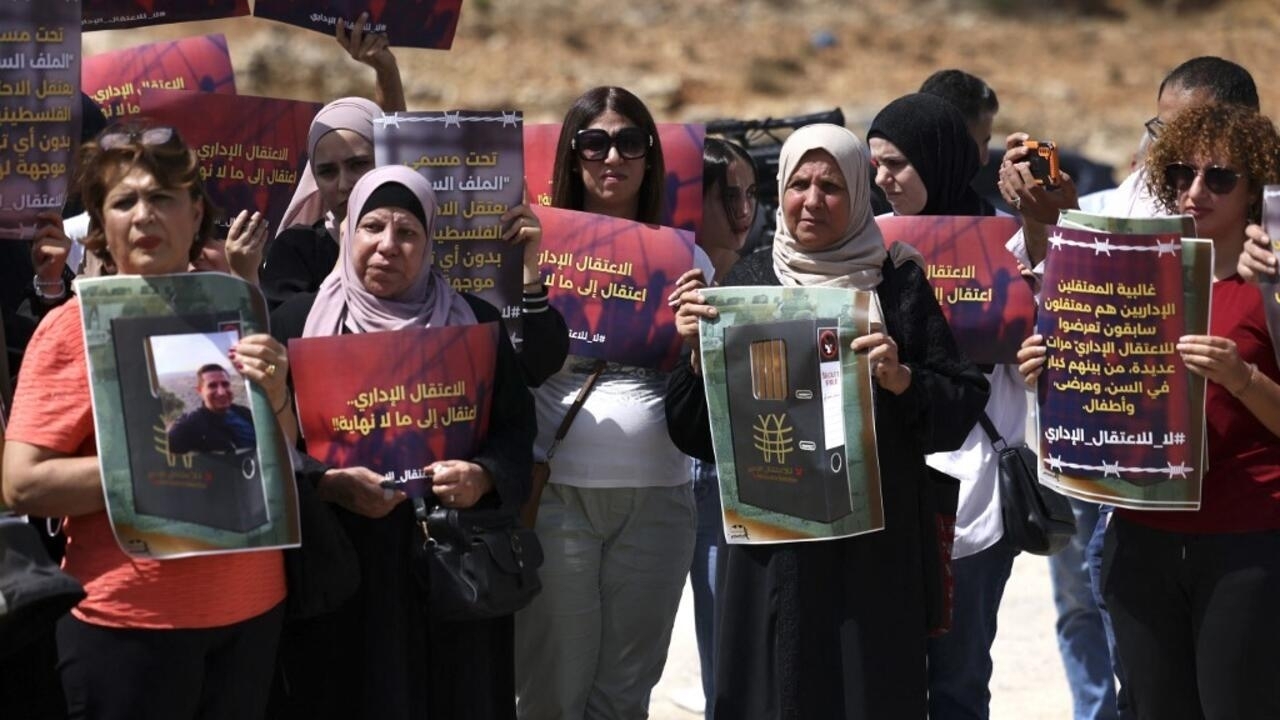 The families of the 30 Palestinian detainees on hunger strike demonstrate outside Ofer prison near Ramallah on September 25, 2022. AFP - ABBAS MOMANI

A way for them to protest against their administrative detention in Israeli prisons.

There are 30 prisoners, all in administrative detention, sometimes locked up for more than a year, without charge or trial, often without knowing what the charges are against them.

While this practice is not illegal under international law, it is its use by the Israeli authorities that poses a problem.

We also see that it is mainly former prisoners who are targeted by this administrative detention procedure,

They are arrested, detained, on the basis of

with the idea that they could be

"a future threat to the security of the State of Israel"

and, as a preventive measure, they must be arrested

More than 750 Palestinians are administratively detained

This is the case for 80% of the detainees who join this hunger strike,

such as Salah Hammouri, a Franco-Palestinian lawyer and human rights defender

These hunger strikes, despite their consequences on the bodies of the detainees, are a means of exerting pressure.

Obviously, we don't wish this on any Palestinian, but the latter have no other form or means of making their opposition to this practice heard,

Even we, as lawyers, feel useless most of the time, and the international community, unfortunately, does not take a firm stand against these administrative detentions

And according to observers, the use of this practice has only increased since May 2021. In total,

– including six children and two women – are administrative detainees.