The Vice President and Minister of Labor Yolanda Díaz does not admit the challenge that the leading food delivery company, Glovo, makes of its 'Rider Law'. Plus... 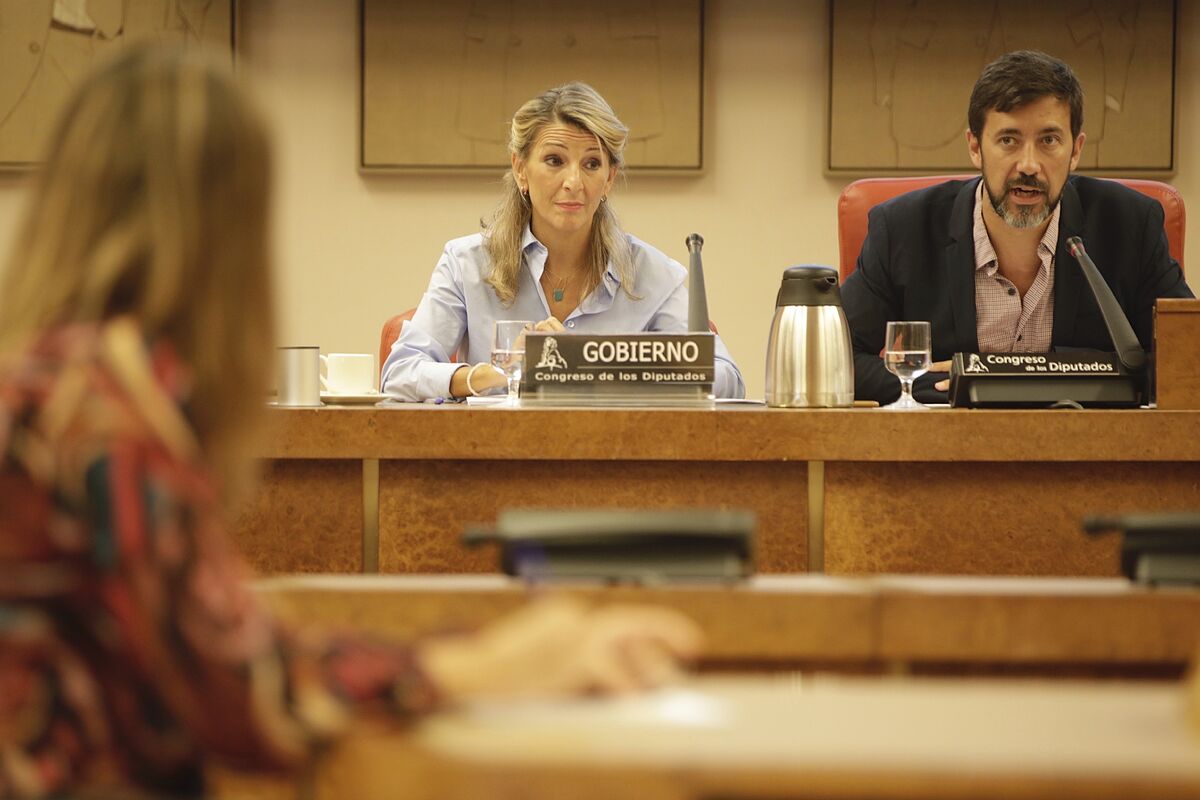 The Vice President and Minister of Labor

Yolanda Díaz does not admit the challenge that the leading food delivery company, Glovo, makes of its 'Rider Law

More than a year after the rule came into force that establishes that the delivery men of these companies must work as wage earners, 80% of them are still self-employed.

Díaz has raised the tone against

to the point of announcing that he will opt for criminal proceedings to put it in the legal path and punish its "rebelliousness", which threatens to create a precedent and leave efficiency of the 'Rider Law' in borage water.

"The 'Rider Law' is going to be fulfilled and

, he promised before the Labor Commission of the Congress of Deputies.

Without specifically naming Glovo, Díaz recalled that the company

accumulates records from the Labor Inspection for 148 million euros

due to the lack of contributions from its delivery men by acting as false self-employed.

"They violate the rights of workers and obstruct the Labor inspectorate," the vice president charged.

The truth is that none of the files signed against Glovo by the Labor Inspection are based on the labor framework launched by Díaz thirteen months ago.

They are previous and are based on the voluminous jurisprudence to which the business model of these companies has given rise, for which

, even if it means not recognizing that their delivery men have a relationship work with them.

from the Spanish market while others such as

made the effort to adapt, but the fact that 13 months after the entry into force of the 'Rider Law' Glovo apparently continues to operate with the same formula it did before, setting a precedent as well as a competitive advantage that its rivals take note of.