From January 1, 2023: the Russian government proposed to introduce a universal allowance for families with children

Russian Prime Minister Mikhail Mishustin announced the government's plans to introduce a universal allowance for low-income parents from January 1, 2023. According to the head of the Cabinet, the initiative will combine a number of social protection measures and in total will affect families with about 10 million children. In total, it is planned to allocate 1.7 trillion rubles for these purposes. In addition, from the new year, the authorities are going to raise the living wage in Russia to 14,375 rubles, and the minimum wage to 16,242 rubles. How budget expenditures can change against this background is in the RT material. 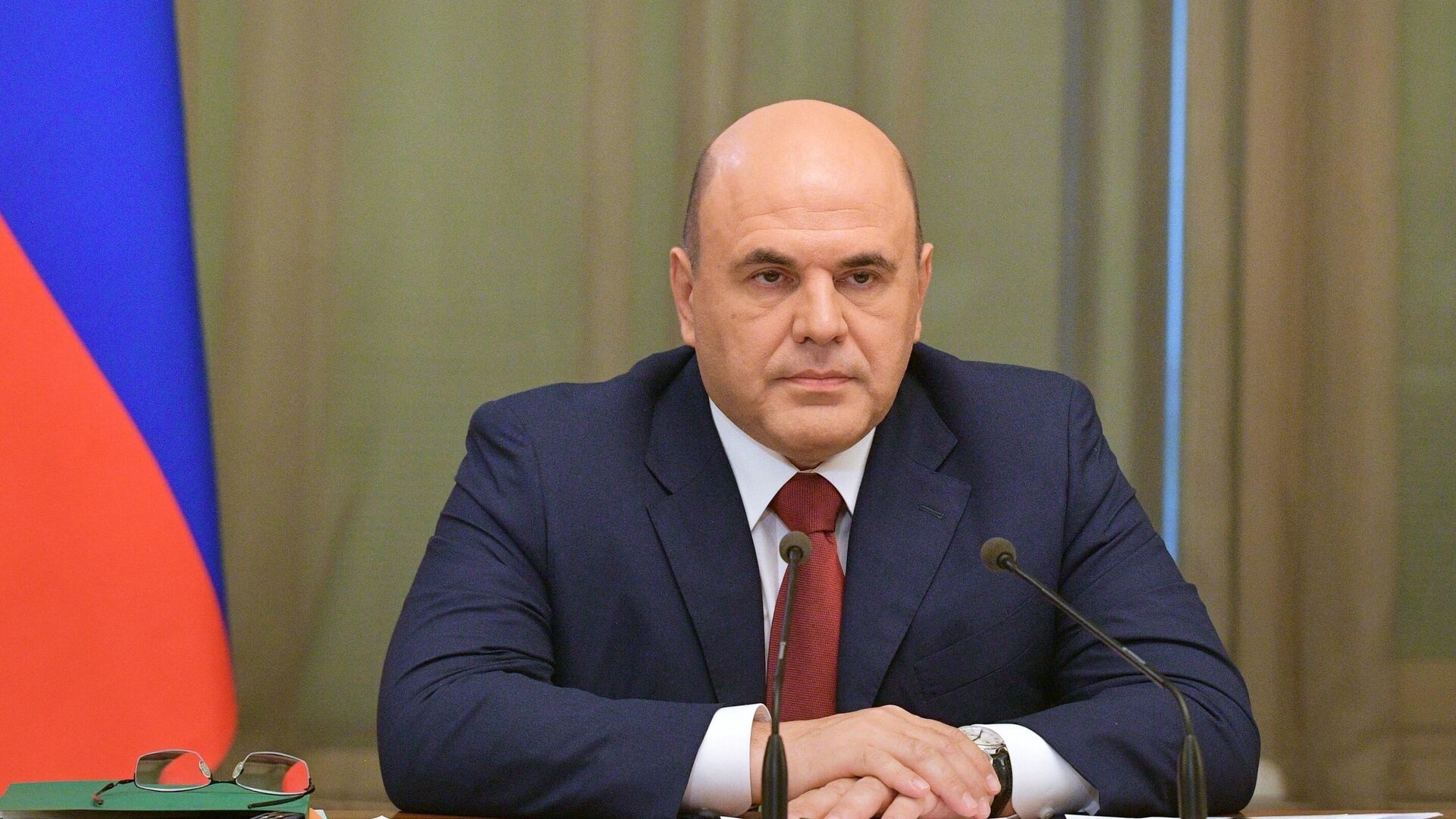 The Russian government proposes to introduce a universal allowance for low-income families from January 1, 2023.

This was announced on Thursday, September 22, by Prime Minister Mikhail Mishustin at a Cabinet meeting.

) will combine a number of existing social protection measures, including payments that are provided in connection with the birth or adoption of a baby and until they reach three years old, as well as for children from three to seven years old and from eight to 17. It will also be assigned to needy women who are registered in the early stages of pregnancy, ”said Mishustin.

According to him, to obtain such a universal allowance, it will be necessary to submit only one application without additional information.

Russians will be able to do this electronically through the public services portal or by personally contacting the MFC or the Pension and Social Insurance Fund.

“The state will provide truly unified and comprehensive targeted support from the early stages of a woman’s pregnancy and as the child grows up.

It will affect families where about 10 million children are brought up,” the head of the Cabinet added.

Recall that from 2023 the Pension Fund of Russia and the Social Insurance Fund are planned to be transformed into a single structure.

As previously explained by the authorities, the initiative is designed to make it easier for citizens to receive social benefits, which will be assigned automatically or on a single application.

According to Mikhail Mishustin, the provision of pensions, various compensations and other forms of material support will continue at the expense of the Pension and Social Insurance Fund.

In particular, we are talking about benefits for temporary disability, pregnancy and childbirth, as well as for families with children.

“At the instruction of the president, the government is building a coherent system of support for them.

In general, support for families with children both in Russia and in most countries of the world traditionally lies at the heart of the social policy of the state, said Georgy Ostapkovich, Director of the Center for Market Research at the Institute for Statistical Research and the Economics of Knowledge at the Higher School of Economics.

As the expert explained, with the advent of a child, family expenses increase markedly, and this category of citizens becomes more vulnerable to various economic shocks.

“Thus, the creation of a universal benefit can be considered a logical continuation of the trend that began during the pandemic.

At that time, it was the parents with their children who received the first aid from the state.

Therefore, in the current crisis, it is logical to help children.

Indeed, in 10-15 years, it will be they who will build the economy, and with the help of financial support, it will be easier for parents to raise them, ”said the interlocutor of RT.

In total, the authorities are going to allocate 1.7 trillion rubles for the universal allowance for families with children, the Ministry of Labor and Social Protection of the country said.

“The universal allowance will be provided to families with incomes below one subsistence minimum per person, using a comprehensive means assessment.

The amount of the allowance will be 50, 75 or 100% of the regional subsistence minimum.

"The growth of social guarantees"

Along with the introduction of a universal benefit, the Cabinet proposes to increase the subsistence minimum in 2023 to 14,375 rubles, and the minimum wage to 16,242 rubles.

According to the head of the Ministry of Labor Anton Kotyakov, the relevant draft laws were supported at a government meeting and will be submitted to the State Duma as part of the budget package.

“Traditionally, the indexation of the subsistence minimum and the minimum wage is carried out from January 1.

In the conditions of high inflation in 2022, it was decided to raise the subsistence minimum and the minimum wage in stages in order to support the incomes of citizens, taking into account rising prices,” Kotyakov said.

As the minister recalled, from June 1, 2022, the cost of living, the minimum wage, insurance and social pensions have already been indexed by 10%.

“Thus, the aggregate growth rate of basic social guarantees will be higher than the projected inflation of 12.4%.

The total annual growth of the subsistence minimum will be 13.6%, and the minimum wage - 16.9%," Kotyakov explained.

The minimum wage sets the minimum salary that a full-time employee can receive.

In addition, the indicator is used to calculate benefits for temporary disability, as well as for pregnancy and childbirth.

The living wage, in turn, is used to assess the needs of citizens when providing such measures of state support, such as, for example, monthly allowances for low-income families with children.

The government meeting participants also approved the country's draft federal budget for the next three years.

According to Mikhail Mishustin, the developed document takes into account many current challenges.

He stressed that massive sanctions were imposed on Russia, and this required quick responses to support affected industries and citizens in need.

In addition, the processes of transforming the economy and updating trade chains were launched.

In this regard, the Cabinet of Ministers has worked out all possible risks and received the approval of the president in terms of the main parameters, Mishustin said.

“As a result, the draft budget combines solutions that are optimal for the current situation.

It guarantees the fulfillment of all social obligations of the state to the people.

It contains resources for strategic tasks, which the President has identified in the form of national goals.

Over the next two years, it is planned to allocate approximately 3 trillion rubles annually for the implementation of national projects,” the Prime Minister noted.

It is assumed that in 2023 the total revenue of the state treasury will exceed 26.13 trillion rubles, and expenses will amount to 29.56 trillion rubles.

Thus, the budget will be executed with a deficit of 3.43 trillion rubles, or about 2% of GDP.

In the future, the difference between budget revenues and expenditures will continue to remain negative, but will gradually decrease.

According to Russian Finance Minister Anton Siluanov, to increase the revenue side of the budget, the authorities have provided for a number of tax innovations.

First of all, the initiatives will concern the enterprises of the energy industry.

“The key proposals are: increasing export duties on pipeline gas, withdrawing additional income from liquefied natural gas producers, introducing an export duty on fertilizers and thermal coal if prices for these products remain high, and increasing taxation of the oil industry,” Siluanov said.

At the same time, the authorities are not going to increase the use of the National Welfare Fund to cover the budget deficit, the head of the Ministry of Finance stressed.

According to him, it is planned to cover the expenses of the treasury mainly through borrowing.

“In an ideal case, we plan to stop using the NWF for borrowing purposes altogether.

The funds of the National Welfare Fund, after reaching the required level, which will ensure budgetary stability and reliability, will be directed to the implementation of infrastructure projects,” Siluanov stressed.

It should be noted that the draft budget is based on an updated forecast of Russia's socio-economic development for the next three years.

Its parameters were officially presented by the Ministry of Economic Development of the country the day before.

) involves the effective implementation of measures to restructure the economy and adapt it to new conditions, including reorienting exports, closing production chains within the country, ensuring technological sovereignty, as well as pursuing a balanced budget policy with a level sufficient to maintain domestic demand government spending,” said Mikhail Mishustin.

In the event of an accelerated economic recovery, state revenues may begin to grow at a more confident pace, said Svetlana Bessarab, a member of the State Duma Committee on Labor, Social Policy and Veterans Affairs.

In this case, in her opinion, already in 2024 the Russian budget can again be executed with a surplus.

“However, even with a budget deficit, we will have enough money to fulfill our social obligations.

Unfortunately, part of the funds of the NWF was illegally frozen by the West, but we have the opportunity to cover the execution of the social budget without cutting the most important expenditure items of the treasury.

At the same time, investments in national projects should give impetus to the development of key sectors of the economy.

Therefore, now it is better to invest even with the help of loans, in order to receive the corresponding income later, ”the RT interlocutor concluded.