"I didn't know I was going to be like this." Mr. A, who lives in Gimpo, got a house with a deposit of 190 million won in July last year. He was uneasy about the same price as Jeonse, but he believed that the lessor would proceed with the purchase of Jeonse Guarantee Insurance. 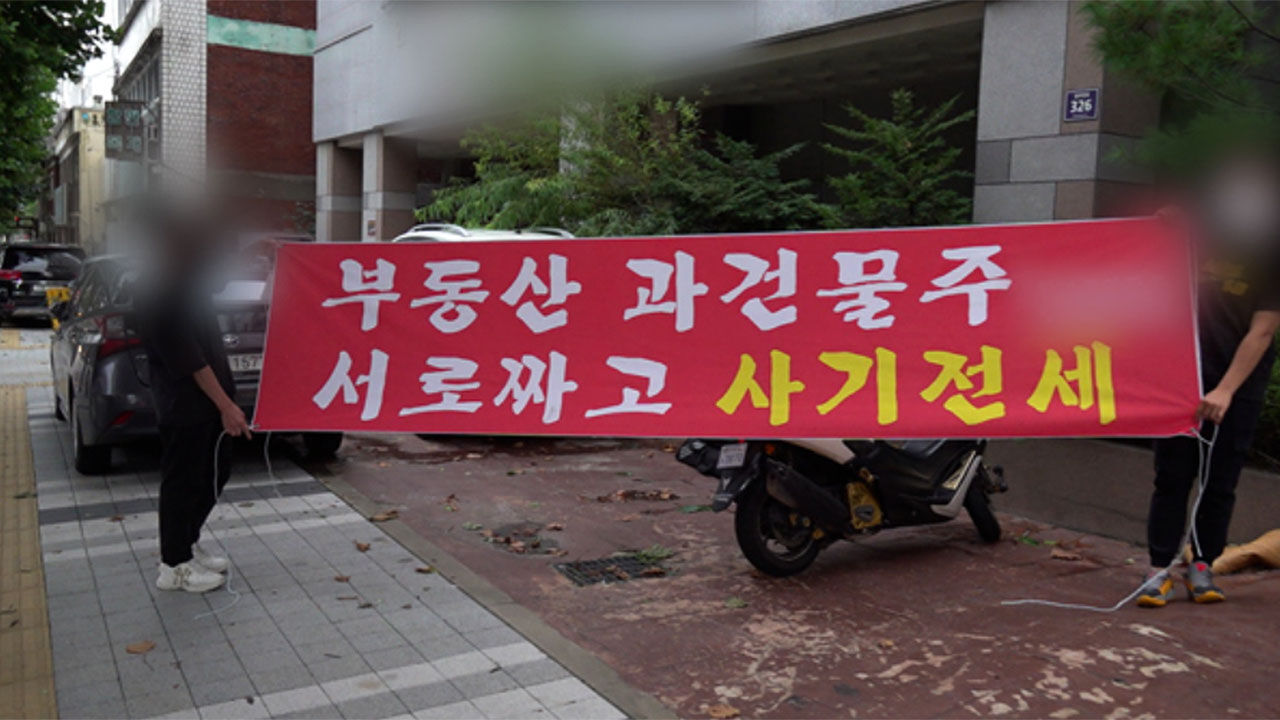 "I didn't know I was going to be like this."

Mr. A, who lives in Gimpo, got a house with a deposit of 190 million won in July last year.

He was uneasy about the same price as Jeonse, but he believed that the lessor would proceed with the purchase of Jeonse Guarantee Insurance.

However, due to the death of the landlord, the application for guarantee insurance did not even go through, and I heard that the landlord's children had all given up on inheritance.

The deceased owner of the house is said to have purchased more than 100 houses simultaneously in three months.

Most of the Jeonse prices were the same as the sale price.

A number of victims, including Mr. A, are preparing to file a lawsuit against a real estate agent and consulting company while taking legal procedures to find the deposit.

"Honestly, I didn't believe the word tin can. I wonder if my house would be like that? I did..."

B, who lives in Michuhol-gu, Incheon.

When he moved from Seoul to Incheon last March, he gave 90 million won as a deposit for a charter and moved into an officetel-type apartment.

At the time of the contract, he had a mortgage of 140 million won, but he trusted the real estate agent's word that it was an accident-free item and signed the contract.

However, he received a notice that the house he was living in four months after moving in was due to be auctioned off due to non-payment of national taxes.

He said that there was a victim who was in a position to take off the rental deposit from 28 buildings in the Michuhol-gu area.

Victims formed a meeting and started to come up with measures to recover the jeonse money.

"If you fail in your investment, only you will be ruined. This is not just you."

C, a freshman living in Hwagok-dong, Gangseo-gu, Seoul, moved into this house two years ago with a deposit of 270 million won.

He had to get a loan of about 180 million won, but he signed a contract saying he would give him 7 million won in interest payments.

When he said he would go out to the landlord as his due date was approaching this year, the landlord gave an absurd reply that he had no money to return.

It is said that he became delinquent due to arrears in state taxes.

Currently, the only option left for Mr. C is to buy this house by paying a higher amount, or to receive only a portion of the Jeonse money after the auction.

As the real estate market freezes recently, sales and jeonse prices are falling.

In particular, the so-called 'Kang Tong Jeonse', in which the jeonse price is similar to or higher than the sale price, is emerging, centering on newly built villas and officetels.

The 'capital gap investment', which has been frequent for three or four years, has continued to suffer from charter fraud.

In the first half of this year, the amount of the deposit refund guarantee accident amounted to KRW 340.7 billion, the largest ever recorded.

SBS News Story reporters listened to the stories of victims suffering from charter fraud and covered the scheme of charter fraud.