A week after the Israeli raids, the Gaza Strip more than ever on the ground

The Gaza Strip emerges exhausted from this umpteenth round of deadly violence between Israel and the Palestinian Islamic Jihad. Despite the truce that came into effect on Sunday evening August 7, a week ago,… 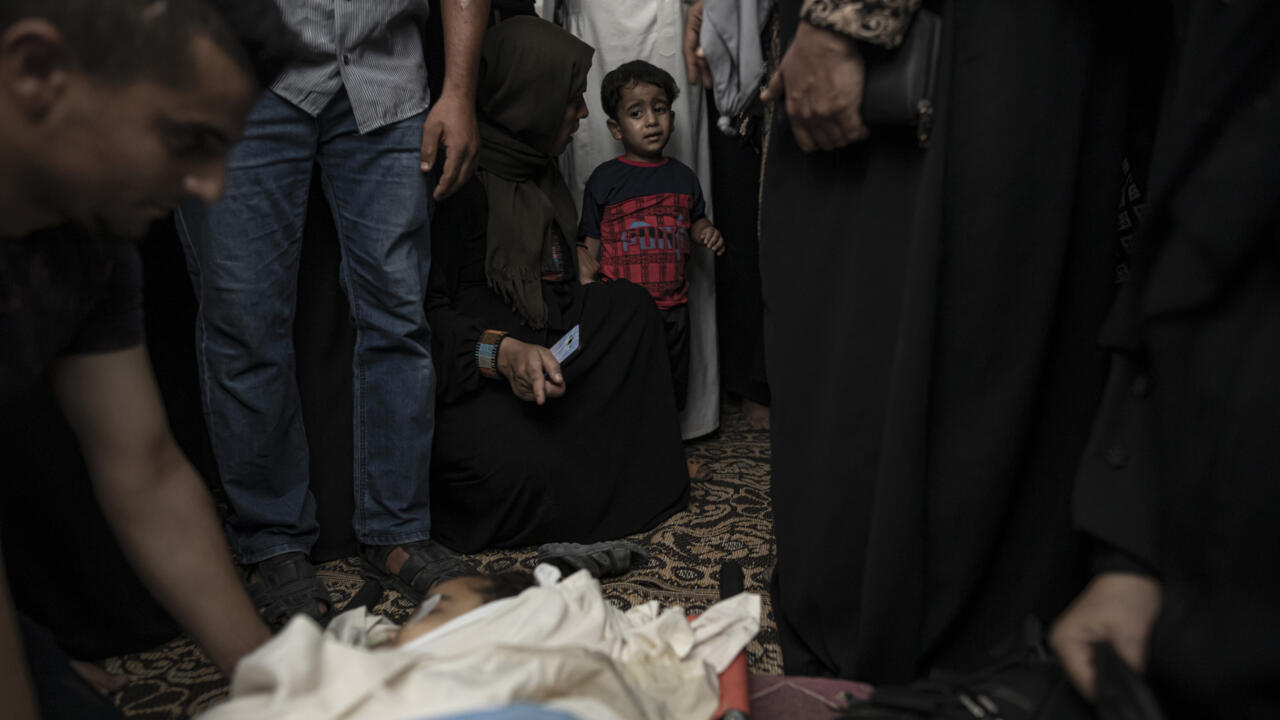 A week after the Israeli raids, the Gaza Strip more than ever on the ground

Gathering around the body of an 11-year-old child, during his funeral in Khan Younis, in the Gaza Strip, Thursday August 11, 2022. The child succumbed to his wounds after being injured in Israeli air strikes from the last week.

The Gaza Strip emerges exhausted from this umpteenth round of deadly violence between Israel and the Palestinian Islamic Jihad.

Despite the truce that came into effect on Sunday evening August 7, a week ago, the inhabitants mourn their dead.

The destruction is significant and hundreds of wounded are still in hospital, desperate by the situation and by the shortage of medicine.

What is the situation after a week of truce?

From our correspondent in the Palestinian Territories,

From the north to the south of Gaza, entire families find themselves on the streets because of the destruction.

Of the Shamallagh family home near the sea in an upscale neighborhood of Gaza City, nothing remains, only a mountain of rubble;

metal bars protruding from it, a few crushed pieces of furniture that we guess here and there.

And children playing in the rubble.

Mohammad, one of the sons of the family, a 4th year medical student, says he left everything behind him: all his memories, and especially his books, his files that he had taken so long to prepare.

There are also the inhabitants who mourn their dead.

Small tarpaulins are installed in front of the buildings so that everyone can offer their condolences to the families.

And then, many injured too.

In al-Shifa hospital, the main hospital in the Gaza Strip, Nivine, 51, who lives in the Palestine Tower, the first building to be bombed by the Israeli army - which targeted an Islamic Jihad commander.

She, her husband and her daughter were seriously injured.

She still doesn't know if she will be able to walk again.

His back is blue, his legs have been torn apart by shrapnel.

With the truce, Gaza treats its children injured by the bombardments

Reconstruction is not yet the subject, it is non-existent.

In the streets, there is still the damage from the war of last May, in 2021, even from previous years... And the inhabitants we met made it clear: they are desperately waiting for the beginning of reconstruction to begin.

Some families whose homes were targeted in the 2014 war have yet to receive any financial assistance.

On the beach, Suha, a resident of Rafah, says her family had to rebuild the house on their own, desperate to wait.

The dominant feeling in the Gaza Strip is therefore weariness.

And as Suha cynically and sadly summarized, “

here, wars are an eternal restart.

We are starting to get used to it.

Israeli raids in Gaza: Qatar agrees to participate in the reconstruction