Ryanair, the main low cost operator in Spain and Europe, announced this Thursday that it will stop offering seats between one and 10 euros due to the rise in fuel prices.... 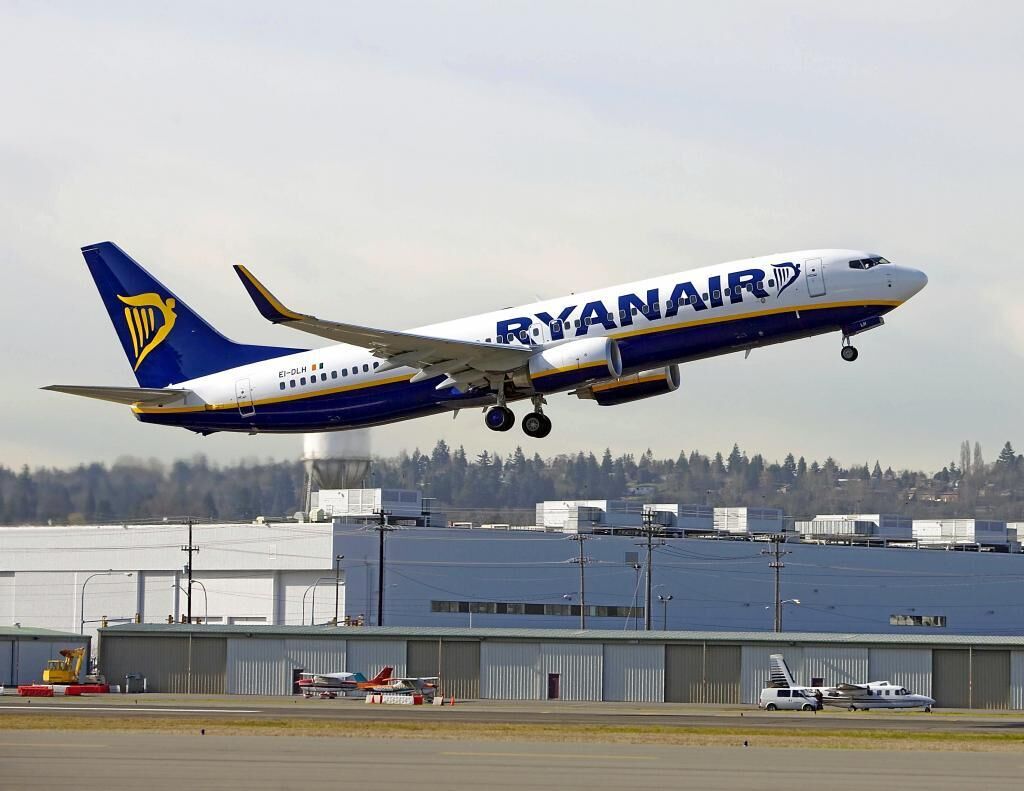 Ryanair, the main low cost operator in Spain and Europe, announced this Thursday that it

will stop offering seats between one and 10 euros

due to the rise in fuel prices.

In this way, the company puts an end to a commercial strategy that it has used for decades and that has led it to reach the figure of 16.8 million passengers in June 2022. "There is no doubt that we will not see in several years our promotional offers of tickets at 1 euro, 99 cents or 9.99 euros, they are really cheap," Michael O'Leary, CEO of Ryanair, explained to BBC 4 radio. The announcement comes months after the company claimed to have a "significant competitive advantage" by having 80% of its fuel needs covered for fiscal year 2023.

In August 2021, the barrel of Brent marked its lowest record in the series during the last year.

Specifically, the price stood at 65 dollars.

A year later, the unbridled inflation derived from the conflict in Ukraine took it to close to 130 dollars a barrel, almost double, days after the war broke out.

At the close of this edition, crude oil was trading at values ​​close to 96 euros.

This increase is the main reason argued by the company

to justify a price increase that, in its eyes, does not have to affect the demand for tickets.

"People will continue to fly, I think that now they will look at prices much more and, consequently, millions of users will switch to low-cost airlines," he stressed.

The company's new pricing strategy involves a sustained 25% rise in ticket prices, which will go from the current average of 40 euros to the 50 it hopes to reach in 2027. This increase will affect a total of 23 million of passengers in Spain, 19% of the total national air traffic.

According to Aena data, 58% of Spanish passengers

chose to carry out their journey with a

cost airline, which makes the segment of low-cost companies the majority in Spain.

Globally, by 2027, the company expects to increase its customer base to 225 million tourists, 50% more than today.

During the aforementioned interview, Michael O'Leary also wanted to highlight the

on the British economy and, specifically, the airline industry.

A lack of staff at UK airports has caused significant delays and inconvenience for passengers this summer.

In fact, due to this situation, London's Heathrow airport was forced to cut the flow of daily passengers at its facilities.

"If there were much more honesty from Boris Johnson, he would come out and admit that Brexit has been a disaster for the free movement of labor and one of the real challenges facing the UK economy," he said. .

At the expense of the consequences that this measure may have for Ryanair, the decision made by the rest of the European low cost companies remains to be seen, although everything seems to indicate that they will follow in the footsteps of the Irish company.

At the domestic level, Ryanair continues without reaching an agreement with the two unions calling for the strike (USO and SIPLA) that has affected the company since last June in Spain.

This week, both associations announced that they will prolong the stoppages, if an agreement is not reached, at least until January 7, 2023. As of today, as EL MUNDO has learned,

the negotiations are still far from being resolved

From the company they consider the wage increase proposed by the unions to be unfeasible and they do not seem willing to give in.

The total of canceled flights since then amounts to about 300.

Also in the field of low cost,

, Ryanair's main competitor, faces from this Friday the first of three 72-hour stoppages called by its pilots to demand that the company improve their conditions.