[Friendly Economy] An estimated 65 billion won in damage to a flooded car... How to get rewarded?

Friendly economy time. Today, I will be with reporter Han Ji-yeon. There are quite a number of vehicles that have been seriously damaged by the torrential rain. However, they say that there is an tally of how much it is based on the daytime yesterday. 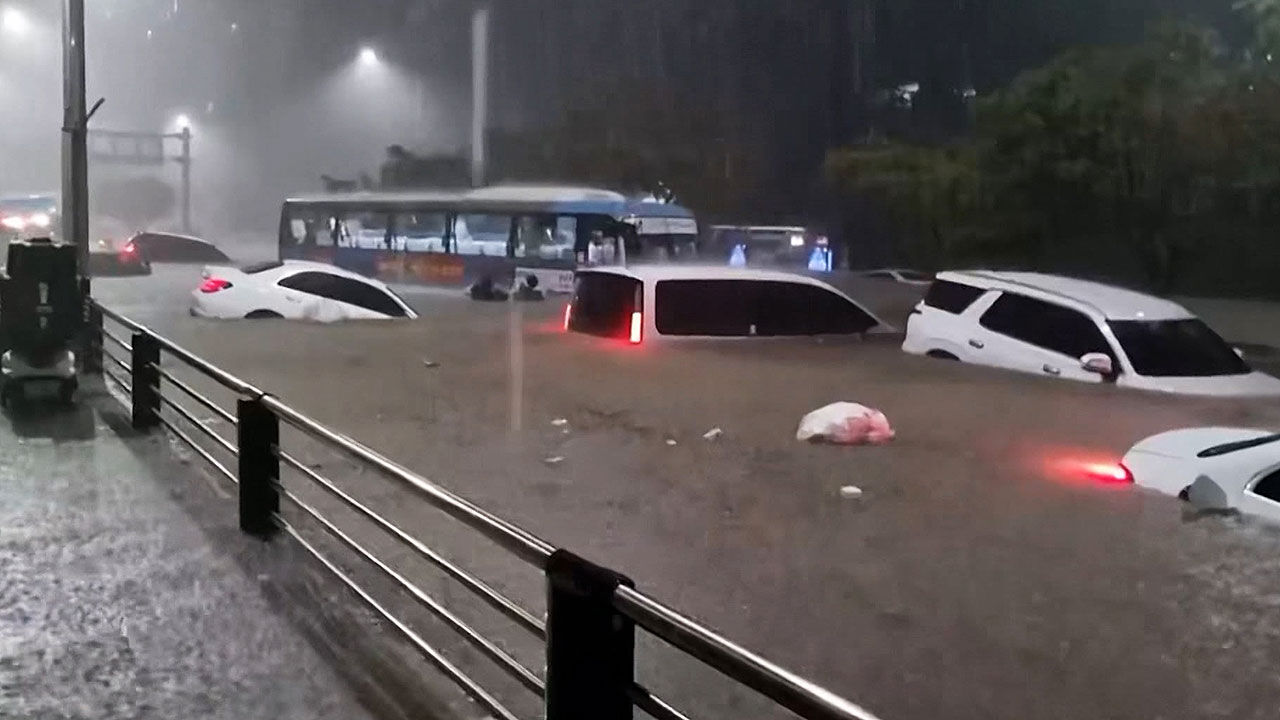 Today (10th) I will be with reporter Han Ji-yeon.

There are quite a number of vehicles that have been seriously damaged by the torrential rain.

However, they say that there is an tally of how much it is based on the daytime yesterday.

In terms of damages, it is estimated at 65.8 billion won.

Among the areas where it rained a lot, there were a lot of vehicles damaged by flooding in Seoul, Gyeonggi, and Incheon.

It is expected that the number of applications will continue to increase, as filing for insurance for flooded vehicles usually takes time.

As car operation decreased during the corona virus, the auto insurance loss ratio also decreased, but it is expected to rise again due to this heavy rain.

I thought it would be a lot, but it really is a lot.

But can't it be increased?

But now it has been damaged by flooding.

So how is this covered by insurance?

Yes, you need to check the insurance policy you signed up for and report it to your insurance company.

However, items in vehicles other than automobiles are excluded.

However, if the vehicle is parked in a flooded area where parking is controlled and the vehicle is flooded, or if rainwater enters the window or the sunroof due to an open window or sunroof, compensation will not be provided.

I'm worried that if the damage is large, the premium premium will be high, but there is no surcharge.

However, you can only receive compensation within the range that does not exceed the current vehicle value, that is, the vehicle value.

If my car isn't repairable at all, or it's scrapped, I'll have to buy a new one.

Acquisition tax and registration tax are exempted if the insurance company issues a certificate of total damage to the vehicle and attaches it.

However, if the price of a new car is higher than that of a scrap car, acquisition tax is levied only on the difference.

So, collateral for damage to your vehicle, this is what is commonly referred to as your own vehicle.

Those who signed up for own car can receive some compensation, but there are probably some who haven't.

But what about those people?

There are other people who excluded that.

Because insurance premiums go up.

There are some people who have taken it off because insurance premiums go up.

There are cases where compensation is possible depending on the circumstances, but the building or parking lot where the car is parked is covered by business liability insurance.

If you park your car in a building or apartment car park as usual, but the parking lot is flooded due to neglect of facility management in heavy rain, you can check whether business liability insurance can compensate you depending on whether the parking manager was at fault.

However, the insurance industry explains that even if you purchase this insurance, the scope of compensation may not include natural disasters, so it is not easy to get actual compensation.

So, there are other ways, but it won't be easy to get the actual reward.

But if even this doesn't work.

If even this doesn't work, is there any other way?

Is there any way to get any compensation or help?

The auto industry has come forward with a special support service, and it is said that they offer free inspections or discounts on repair costs for customers who do not have self-insurance.

First of all, if you look at domestic cars, Hyundai and Kia plan to give up to 50% discount on repair costs within the limit of 3 million won. You can leave it to direct service centers nationwide or to 1,300 official service partners.

In addition, Hyundai provides 50% of the car rental cost for up to 10 days when the owner of a flooded vehicle uses a rental car.

Kia will provide a free rental car for up to 5 days when a damaged vehicle is scrapped and a Kia vehicle is repurchased.

However, corporate and commercial use are excluded from the scope of support.

Ssangyong Motors will also provide special maintenance services by setting up workshops for flood-damaged vehicles across the country until October 31st.

In addition, if the owner of a vehicle who suffered flood damage purchases a Ssangyong car again, a discount of 200,000 won is also provided.

Also, there were a lot of foreign cars that were damaged by flooding this time.

Toyota and Lexus can receive a total of 14 items related to water ingress, such as the interior and exterior of the vehicle and engine room, for free within this month.

In addition, in case of paid repair, a 30% discount on the price of parts is provided up to a maximum of KRW 3 million.