[Friendly Economy] Exports are soaring in the face of Corona... The secret to the popularity of ramen in Korea 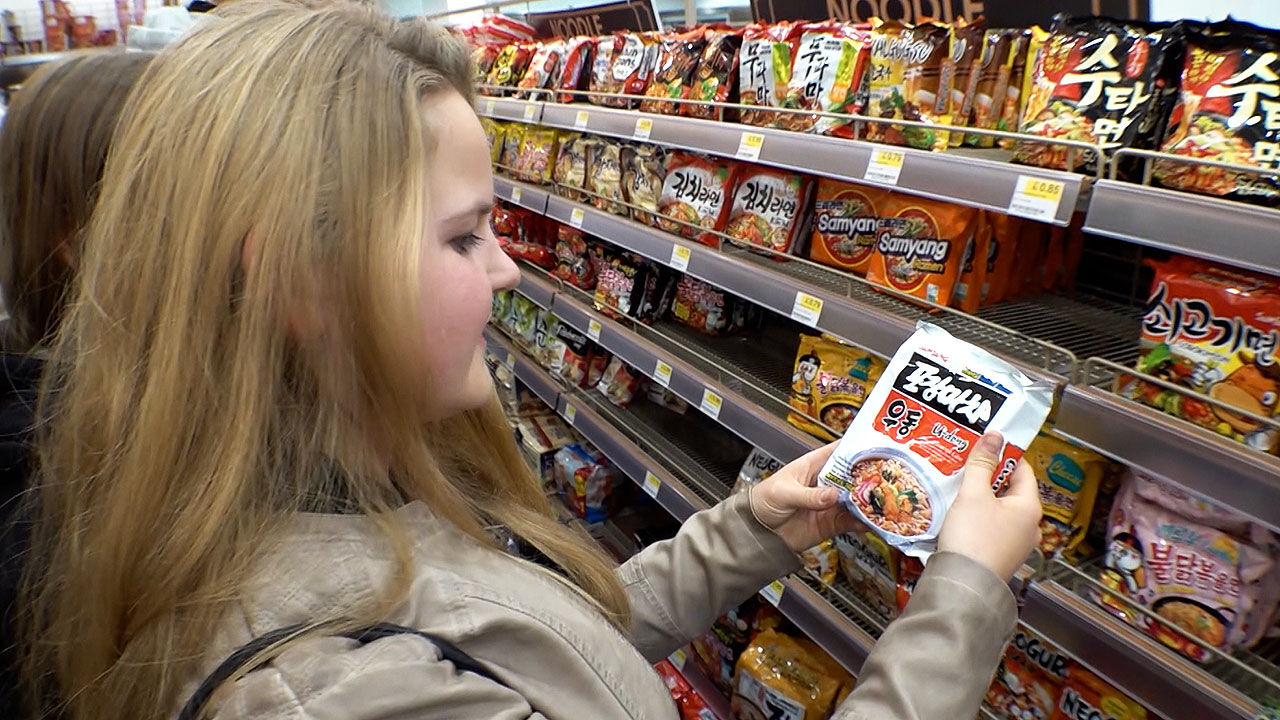 Today (9th) I will be with reporter Han Ji-yeon.

Ramen exports increased in the first half of this year.

From January to June of this year, exports of $383.4 million, or 500 billion won in Korean money, were exported, an increase of nearly 20% from the previous year.

Ramen exports have been steadily increasing since 2015, and in particular, in 2020, when the corona virus spread, demand for convenience food increased, resulting in a surge of about 30%, or USD 140 million.

Afterwards, even when quarantine restrictions were lifted around the world, it broke the export record in the second half of last year and achieved a new record.

Also, in a country that was mainly sold only at Korean restaurants, recently even distributors are handling Korean ramen.

There must be a reason why Korean ramen is so popular. What reasons are being pointed out now?

Yes, even the taste of ramen, which is a little spicy for our taste, is spicy enough that it is quite shocking to foreigners who try it for the first time.

However, the challenge of making spicy ramen for us also helped to promote Korean ramen.

It has been 10 years since this spicy stir-fried noodle came out, and it sold more in foreign countries than in Korea, with 4 billion sold in more than 90 countries.

This ramen maker accounts for nearly 60% of the total exports of Korean ramen.

It is difficult for new products to penetrate the market with the unrivaled No. 1 product, but we cannot miss the growing overseas market.

Other companies are also focusing on overseas marketing by launching spicy fried noodles.

Which country do you export the most to?

Finally, let me give you this news.

First of all, China, with a large population, is overwhelmingly number one with nearly $92 million.

It was followed by the United States and Japan.

It is worth noting that Canada, where exports increased the most, increased by 94%.

It is analyzed that this is because a ramen company started operating its second factory in the US in April, making it easier to spread to North America.

Also, the overseas market that ramen companies should target is a country that consumes a lot of ramen.

Koreans also like ramen, but there are countries that go beyond this.

This is Vietnam. Last year, Vietnam's annual per capita consumption of 87 ramen took the top spot.

Korea is second with 73.

Korea was ranked number one from 2013 to 20, but that changed last year. A ramen company is marketing a ramen cooking machine installed at a convenience store in Vietnam.