His Highness Sheikh Hamdan bin Mohammed bin Rashid Al Maktoum, Crown Prince of Dubai and Chairman of the Executive Council, affirmed that "the vision of His Highness Sheikh Mohammed bin Rashid Al Maktoum, Vice President and Prime Minister of the UAE and Ruler of Dubai, strengthens Dubai's position as the number one tourism destination in the world and the safest city." safety and 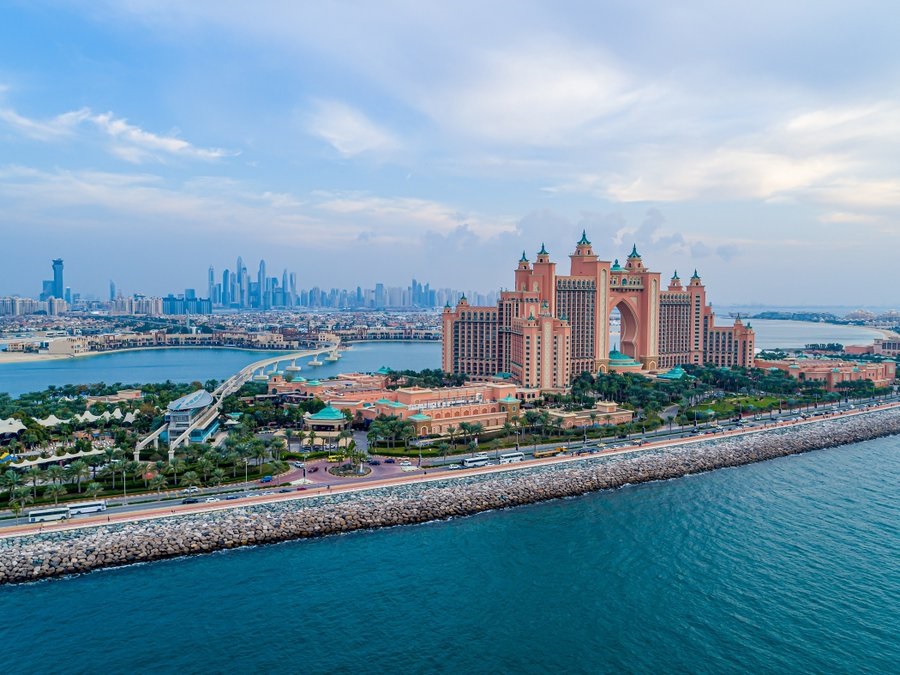 His Highness Sheikh Hamdan bin Mohammed bin Rashid Al Maktoum, Crown Prince of Dubai and Chairman of the Executive Council, affirmed that "the vision of His Highness Sheikh Mohammed bin Rashid Al Maktoum, Vice President and Prime Minister of the UAE and Ruler of Dubai, strengthens Dubai's position as the number one tourism destination in the world and the safest city." The safety and the best to live in the world.

His Highness called on all parties concerned with the tourism sector in Dubai to continue their efforts to maintain Dubai's leadership in the global tourism scene, considering that this vital sector represents a major source of economic growth achieved by Dubai in all sectors, stressing Dubai's keenness to continue working to provide real added value to its visitors. From all over the world, upgrading the ingredients and foundations to ensure the continued strong performance of the sector, expanding the circle of partnerships with the main tourism-exporting markets, and discovering more opportunities in new markets, ensuring that visitors to Dubai spend enjoyable times during their stay in Dubai, to consolidate Dubai’s position as a leading global tourist destination and achieve its ambitious goals In becoming the most attractive city for international visitors in the world.

This growth supports the emirate's efforts to achieve its tourism goals for 2022 and beyond, as well as strengthening its position as a preferred global destination to visit.

The number of international visitors in the first half of 2022 approached pre-Covid-19 levels, with Dubai receiving about 8.36 million visitors during the first six months of 2019, which represents an important achievement in light of the impact of the unprecedented challenges facing the world. , and other macroeconomic factors that affected the economy and tourism in general.

Western Europe topped the list of geographic areas exporting visitors to Dubai by 22 percent during the first six months of 2022, with five main markets in the top 20, namely the United Kingdom, France, Germany, Italy and the Netherlands.

The GCC, Middle East and North Africa regions continued to contribute to the increase in the number of international visitors, accounting for 34 percent of the total number of visitors, reflecting Dubai's strong attractiveness to visitors from nearby markets as a safe and preferred destination for them.

South Asia recorded 16 percent, while Russia, the CIS and Eastern Europe combined contributed 11 percent of the total number of visitors during the same period.

Hotel establishments in Dubai continued to record outstanding performance across various indicators of the hospitality sector during the first half of this year 2022, as the average hotel occupancy rate reached 74 percent during the period between January and June, which is one of the highest occupancy rates in the world, with an increase of 12 percent compared to the same period last year, in which it recorded 62 percent, a slight decrease from the 76 percent recorded in the first half of 2019 before the global pandemic.

The sector also recorded an increase in hotel room capacity by more than 19 percent compared to the same period in 2019, which confirms the importance of the rates recorded this year.

The number of hotel rooms until the end of June 2022 amounted to about 140,778 hotel rooms distributed among 773 hotel establishments, compared to 118.

The performance of the hotel sector in the emirate this year has outperformed all levels recorded before the “Covid-19” pandemic in terms of the number of booked hotel nights, the average daily price of a room, and revenue from each available room.

The total number of hotel nights booked in hotel establishments in Dubai reached 18.47 million during the first half of this year, which represents an annual increase of more than 30.4 percent, and an increase of more than 18 percent compared to the levels recorded in the same period in 2019, which amounted to 15.71 million a night.

The average daily price of a hotel room reached 567 dirhams in the first half of 2022, exceeding its rates in the same period in 2021, in which it recorded 382 dirhams, with an annual growth rate of 48.5 percent, and in 2019 it recorded 444 dirhams, and this represents a growth annually by 28 percent.

The latest statistics indicate the continued attractiveness of Dubai as the ideal destination for travelers, which enhances its leading position globally in the TripAdvisor Travelers' Choice Awards for 2022. The emirate maintains its leading position globally as a preferred destination for visiting, hosting events and business, despite the opening of most international destinations its doors to tourists.The distinguished performance of the tourism sector in the emirate is mainly due to the hosting of Expo 2020 Dubai, which lasted for six months until March 31 of this year, and attracted 24 million visits and met with impressive success, as well as the continuous support and promotion of local and international partners for the emirate, as a safe, available and lively destination. With festivals, entertainment and business events, including Dubai Shopping Festival, Dubai Food Festival, Gulfood, Dubai World Cup, as well as the World Government Summit, Binance Blockchain Week, Dubai Desert Classic, Dubai Duty Free Tennis Championships, and the Dubai International Boat Show and the Arabian Travel Market.

Dubai continues to launch global marketing campaigns and commercial activities within diverse markets to reach different groups of audiences around the world and raise its tourism position, in addition to hosting international conferences, meetings and events.

These efforts include the "Dubai Progress" campaign, which focuses on consolidating the emirate's position as a destination rich in tourist attractions through promotional films that host the most famous Hollywood and Bollywood stars. Major global markets, including the launch of the 'Pay Less for a Longer Stay' campaign, as well as the promotion of 'Dubai Summer Surprises' to attract more tourists and families to Dubai in the summer.