Dubai Chambers announces a change in its senior leadership

Dubai Chambers announced a change in its senior leadership, with Hamad Mubarak Buamim leaving his position as director general of the chambers after 16 years of exceptional service. 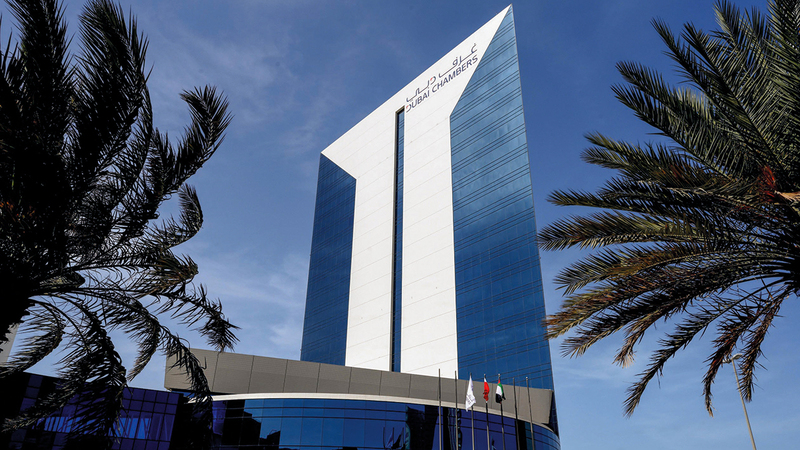 Al Ghurair: Buamim has made outstanding achievements that have had a great impact on business growth

Dubai Chambers announces a change in its senior leadership

Dubai Chamber is one of the top 10 chambers of commerce in the world.

Dubai Chambers announced a change in its senior leadership, with the departure of Hamad Mubarak Buamim as Director General of the Chambers after 16 years of exceptional service.

A statement yesterday said that Buamim will continue to support Dubai Chambers for the next three months, noting that the Vice President of International Relations at Dubai Chambers, Hassan Al Hashemi, has been assigned the duties of the Acting Director General.

The Chairman of the Board of Directors of Dubai Chambers, Abdulaziz Abdullah Al Ghurair, praised the pivotal role that Buamim played in the growth and development of Dubai Chambers, and his distinguished participation in consolidating Dubai's position as a strategic center for global trade.

He said: “Buamim has carried out the responsibilities of his position to the fullest, achieving many distinguished achievements that have had a great impact on business growth and stimulating innovation through the foundation’s business.

We would like to thank him for the great efforts he made to raise the profile of Dubai Chambers, and transform the emirate into a major business center in the region and the world.”

Al Ghurair continued: "Buamim's outstanding achievements have played a key role in continuing the success of Dubai Chambers, and a great participation in achieving the vision of our leadership in promoting international trade, raising the level of local business, and accelerating the transition to the digital economy."

For his part, Hamad Buamim said:

“As I move to pursue new interests in several advisory and non-executive positions, I thank the leadership and staff of Dubai Chambers for their dedication and commitment to achieving exceptional growth and expanding our geographical presence.”

According to the statement, during his tenure as the general management of Dubai Chambers, Buamim succeeded in increasing the number of chamber members by more than fourfold from 80,000 members to more than 320,000 members, making Dubai Chamber one of the top 10 chambers of commerce in the world, and the largest membership organization in the region. Middle East and Africa.

Buamim also played an important role in opening the prospects for partnership with African countries.

He also established the Dubai Center for Economic and Professional Bodies, and attracted more than 80 international bodies, as well as the Business Ethics Center.