[NHK] The Keizai Doyukai Summer Seminar began on the 7th in Nagano Prefecture. About the future of the economy From business owners to Ukraine by Russia ... 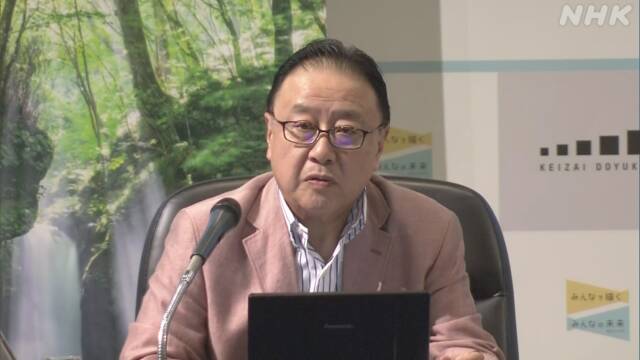 The Keizai Doyukai Summer Seminar began on the 7th in Nagano Prefecture.

Regarding the economic outlook, business owners have expressed concerns about the effects of Russia's prolonged military invasion of Ukraine and the re-expansion of the new corona.

The Keizai Doyukai Summer Seminar will be held in Karuizawa Town, Nagano Prefecture, and about 30 managers will participate in discussions on themes such as growth and distribution.

At the beginning, Mr. Sakurada said, "What is important for Japan in the future? I would like to strongly communicate what issues the public and private sectors should work together after the Upper House election."

Participating managers expressed concern about the future of the economy, including the prolonged military invasion of Ukraine by Russia and the impact of the re-infection.

Among them, Sadanobu Takemasu, president of Lawson, a major convenience store, said, "The soaring prices of raw materials have raised the prices of products and electricity costs, and consumers are becoming more conscious of life defense. And while there are concerns about the "7th wave," it is extremely difficult to read the future of management. "

In addition, Yuji Hirako, vice chairman of the airline giant ANA Holdings, said, "Large companies have achieved wage increases of more than 2%, but they are concerned about price increases that exceed that. If real wages decrease, consumption will be large. It could have an impact. "

He said, "I'm worried that the re-emergence of the infection will reduce the demand as the demand for travel and business trips recovers. We have to take a closer look at the situation."