1.3 million seats on flights at the country’s airports during the “Al-Adha Week”

OAG International, the provider of airport and airline data, revealed that airlines operating in the UAE airports will occupy about 1.3 million seats in one direction during the week that began on July 4, compared to 1.27 million seats in the previous week. 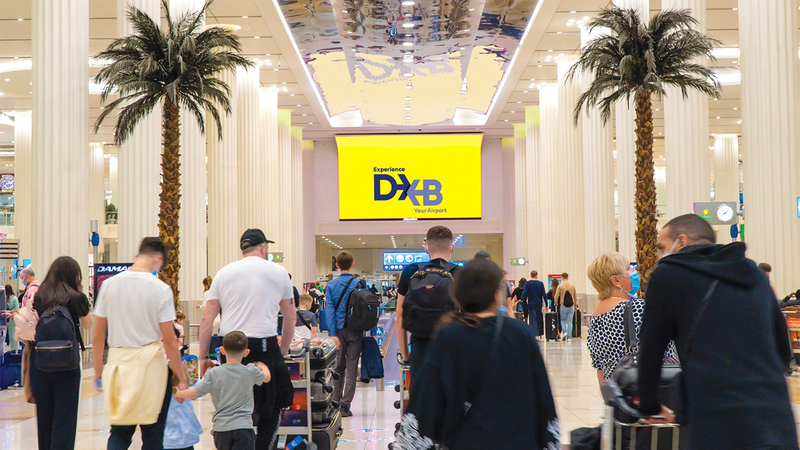 1.3 million seats on flights at the country’s airports during the “Al-Adha Week”

The UAE market continues to consolidate its gains in the aviation sector.

OAG International, the provider of airport and airline data, revealed that airlines operating in UAE airports will occupy about 1.3 million one-way seats during the week that began on July 4, compared to 1.27 million seats in the previous week. With a growth rate of about 2%.

According to the Corporation’s data, seat capacity has recorded a growth of 82.5% this week, compared to the same week in 2021, noting that the UAE market continues to consolidate its gains in the aviation sector, as the current capacity is only 13% lower compared to pre-pandemic levels. The emerging corona virus "Covid-19" during that period.

OAG stated that airlines in the Middle East will occupy about 4.5 million seats this week, with a growth rate of 0.6% compared to the previous week, pointing out that the UAE market accounts for 29% of the total capacity operated by airlines in the region. As a whole.

Globally, the corporation said that for the first time since January 2019, airlines are preparing to operate more than 100 million scheduled seats this week.

For its part, Emirates Airlines stated that it is preparing for a summer season witnessing the highest surge in demand for travel, after recovering from the effects of the pandemic, noting that it operates more than 2,400 flights per week, and continues to add flights where possible to enhance its summer schedule.

In turn, flydubai said that it is preparing for a record summer season, in continuation of the exceptional performance it achieved in the first quarter of this year, and the increased demand for travel.

The company expects to transport about three million passengers during the current summer season, which is considered the busiest in the company’s history, as it is expected to operate 8,500 flights per month through the “Fly Dubai” network, which includes 102 destinations, exceeding pre-pandemic levels.

In the same context, Abu Dhabi Airports Company announced an increase in travel traffic at Abu Dhabi International Airport, as part of expectations related to the Eid al-Adha and summer holidays. The airport is expected to deal with 2.8 million passengers during July and August of this year, including 414,000 passengers during the same period. Eid Al-Adha will be held between the 7th and 15th of July 2022. She stressed that the travel movement, during the upcoming peak season, will have a positive impact on the travel traffic estimates for 2022, which is expected to exceed 13 million passengers through Abu Dhabi International Airport by the end of this year.