The full moon of car purchase tax reduction: there are 4S stores with models below 300,000 "not enough in stock"

China News Service, July 6th, Question: The full moon of car purchase tax reduction: there are 4S stores with models below 300,000 "not enough in stock"   Ge Cheng from China-Singapore Finance   One month after the official implementation of the vehicle purchase tax reduction policy for some passenger vehicles, data released by the State Administration of Taxation on July 3 showed that in the 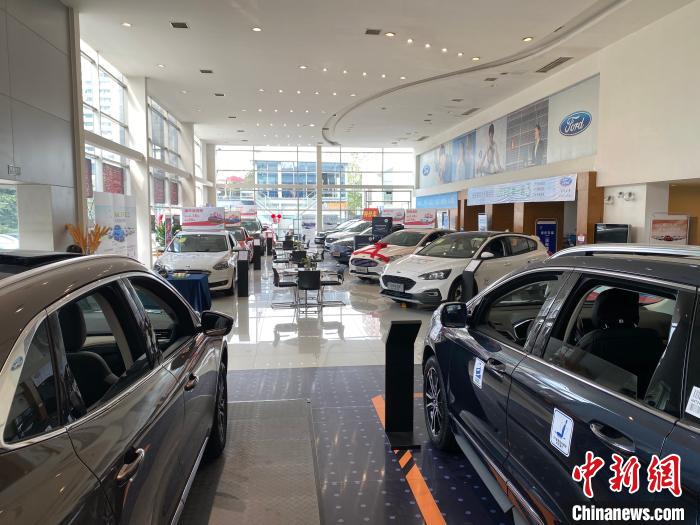 The full moon of car purchase tax reduction: there are 4S stores with models below 300,000 "not enough in stock"

One month after the official implementation of the vehicle purchase tax reduction policy for some passenger vehicles, data released by the State Administration of Taxation on July 3 showed that in the first month after the implementation of the new policy, a total of 7.1 billion yuan in vehicle purchase tax was reduced nationwide, benefiting a total of 1.097 million vehicles. .

Among them, 3.4 billion yuan will be reduced in tax for passenger cars with a displacement of 1.6 liters and below, accounting for about 48%;

Previously, due to factors such as the epidemic, the auto industry was hit hard.

Data from the China Automobile Association shows that from January to May 2022, the production and sales of passenger vehicles will be 8.196 million and 8.133 million, down 1.1% and 3.6% year-on-year, respectively.

Since June 1, the implementation of relevant policies can be called "timely rain", and the "hot" auto market is imminent.

Recently, some cities have entered the rainy season.

Despite the continuous rainy weather, consumers' enthusiasm for car purchases has risen from wave to wave thanks to the policy of reducing the purchase tax on some passenger cars.

"In the weather like this, there are not many people watching the car." The staff member who was sitting in the maintenance channel at the door to check the health code told reporters while asking the reporter to "scan the code to enter the store", "Today, there are extraordinarily many people, although outside It rained a lot, but there were not many customers looking at the cars in the store."

When entering the maintenance waiting area on the second floor of the store, the reporter noticed that, different from the deserted exhibition hall in the past, today's exhibition car area on the first floor is bustling with people.

Around several SUV models, there are many customers experiencing the vehicles.

Different from previous policies, this time the vehicle purchase tax policy is stronger, not only including models with a displacement of 1.6 to 2.0 liters, but also some luxury cars and imported cars below 300,000 yuan. Users can enjoy a wider range of discounts.

In a 4S shop specializing in imported cars, the crowd was also full of people.

Sales staff said that in the past, the models that consumers were interested in were all hybrid models with a price of about 400,000 yuan. After the policy was released, the number of customers who asked about models below 300,000 yuan increased significantly.

"The hot-selling model has changed, and the inventory we have prepared before is not enough."

"The minimum configuration of this model has been purchased in the past month, and no one asked about this configuration before." The salesperson also said, "Now it takes about four months to place an order before picking up the car, and it is not necessary for the time being. What options to install."

The latest data from the Passenger Car Association shows that the retail sales of the passenger car market in the fourth week of June reached an average of 70,000 units per day, a year-on-year increase of 33%.

Among them, June 2022 is the month with the highest car production in Tesla's history, and the Shanghai Gigafactory, which occupies nearly half of its global production capacity, is a major contributor.

According to Galaxy Securities, BYD's passenger car sales are expected to reach 1.9 million to 2 million in 2022.

"The policy of reducing the vehicle purchase tax for some passenger cars is the biggest weapon to promote consumption. Compared with no policy, the expected increase will reach about 2 million units." Cui Dongshu, secretary-general of the Passenger Car Association, said that through 7 months of promotion efforts, It will promote the domestic auto retail sales to reach 21 million units in the whole year, and more than 10 million passenger vehicles can enjoy preferential policies.

In the opinion of some industry insiders, the policy of reducing the purchase tax of some passenger vehicles will have an impact on new energy vehicles.

Some experts said, "At present, the policy of reducing the purchase tax of some passenger vehicles is definitely mainly aimed at fuel vehicles, which will inevitably have a certain impact on the sales of new energy vehicles this year."

Consumer Xiao Liu calculated an account for Zhongxin Finance. His budget for buying a car was about 150,000 yuan, and the price difference between fuel vehicles and new energy vehicles of the same brand and level was about 15,000 yuan.

Before the announcement of the reduction of vehicle purchase tax for some passenger cars, since new energy vehicles are exempt from tax, the price difference between the two is not much different.

However, after the announcement of the policy, the price difference between fuel vehicles and new energy vehicles is nearly 10,000 yuan because they can enjoy relevant policies, so he has been fluctuating between the two recently.

Although relevant policies have narrowed the price difference between fuel vehicles of the same level and new energy vehicles, according to the China Passenger Transport Association, nearly 500,000 new energy vehicles will be retailed in June this year, which may hit a record high.

Cui Dongshu said: "The trend of new energy vehicles of major manufacturers in June grew at an ultra-high speed, and the retail performance is worth looking forward to." (End)