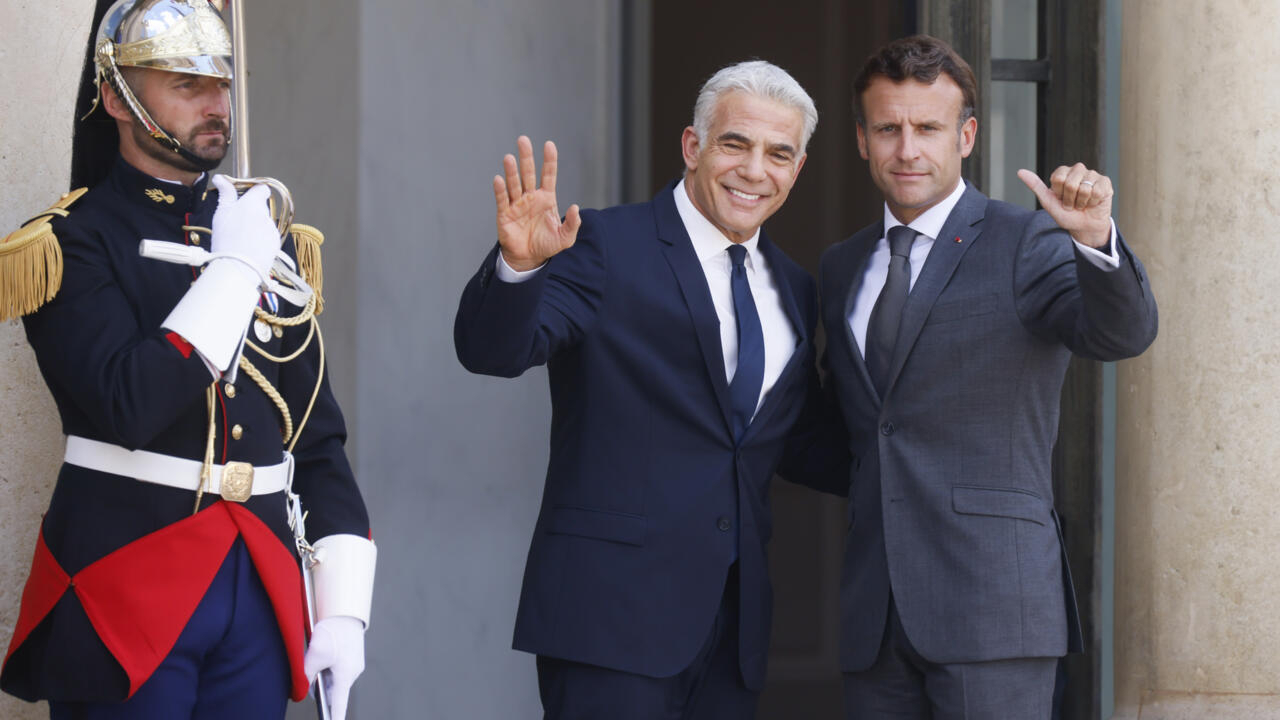 Emmanuel Macron and Yaïr Lapid have recorded their differences on the 2015 agreement governing the Iranian nuclear program,

which the Europeans are trying to save

, but which the Jewish state considers completely ineffective.

Iran is still refusing to seize the opportunity offered to it to conclude a good agreement (...) We will continue, in close coordination with our partners, all efforts to try to bring (it) back to reason

" , launched Emmanuel Macron by receiving Yaïr Lapid, who was making his first international trip to Paris.

Open talks in Vienna in April 2021 are intended to reintegrate the United States into the nuclear deal and bring Iran back to its commitments dictated by that pact.

The Jewish state is trying to convince the Western powers not to renew the agreement in exchange for the lifting of sanctions on Tehran.

even stronger negotiations on the ballistic and regional activities

" of Iran, which has extended its influence from Lebanon to Yemen via local militias.

" to the threat represented, according to him, by Iran in the Middle East.

,” he said during a speech at the Élysée.

Israeli officials, who fear that Iran will acquire nuclear weapons - which Tehran denies - fear in particular that the lifting of sanctions will allow Tehran to replenish its coffers to increase its aid to its allies on Israel's borders , like the Lebanese Hezbollah or the Palestinian Hamas.

Before leaving for France, the Israeli Prime Minister also indicated that he wanted to ask Mr. Macron "

" in order to save the gas talks between Lebanon and the Jewish state.

Lebanon and Israel, neighboring countries officially still in a state of war, had started unprecedented negotiations in October 2020 under the aegis of Washington to delimit their maritime border, in order to remove obstacles to hydrocarbon prospecting.

But the talks had been suspended in May 2021 due to disputes over the surface of the disputed area.

On Saturday July 2, the day after Yaïr Lapid came to power,

the Israeli army claimed to have shot down three

Lebanese Hezbollah drones which it said were heading towards the Karish gas field in the Mediterranean, at the heart of an upsurge in tensions in recent weeks between Israel and Lebanon.

"The Lebanese government must control Hezbollah or we will be forced to do so," the head of government told reporters before flying to Paris.