In the positive zone: in Russia, for the first time since February, economic activity in industry and the service sector has grown

In June, business activity in Russia's manufacturing and service sectors rose for the first time since February. The indicator began to recover after the spring collapse caused by the sanctions. According to experts, high export volumes, seasonal factors, recovery in consumer demand, as well as lower interest rates on loans contribute to the revival of business. At the same time, experts note, many enterprises are still experiencing difficulties due to the significantly strengthened ruble and the reduction in the supply of foreign components. However, the establishment of parallel imports and the weakening of the administrative burden announced by the president can additionally support entrepreneurs, economists are sure. 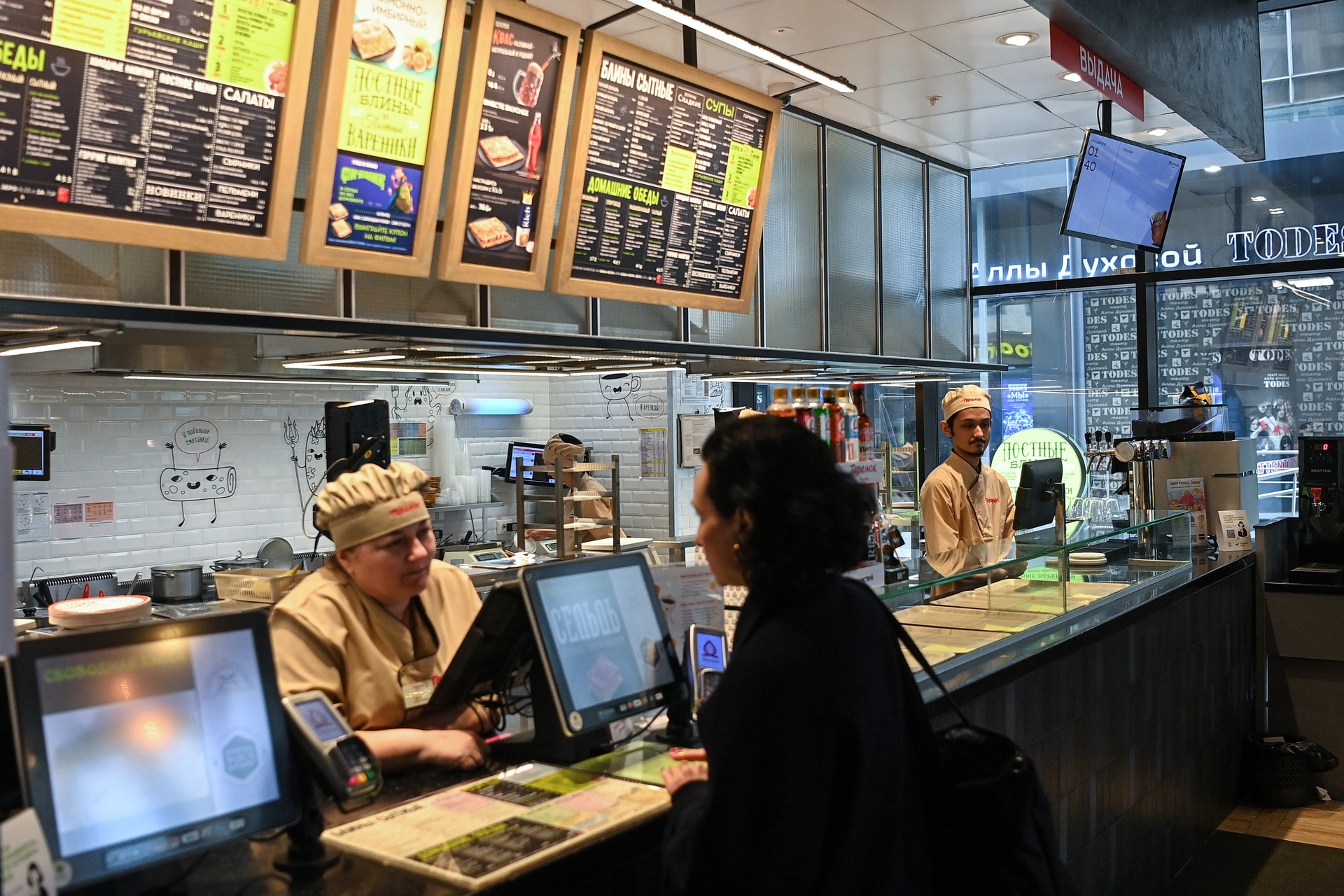 According to the results of June, for the first time since February, an increase in business activity in the economy was recorded in Russia.

This is stated in a study by S&P Global published on Tuesday, July 5.

According to the company, in the first month of summer, the composite PMI index in the manufacturing and services sector of Russia rose to 50.4 points from 48.2 in May.

Traditionally, the indicator reflects the real state of a particular industry.

“The latest index values ​​indicate a resumption of production growth in the private sector after a three-month decline… Demand from clients in the Russian private sector strengthened in June.

Manufacturers and service providers recorded an increase in new orders, with total new sales growing at the fastest pace since May 2021,” the report says.

To support consumer demand, businesses raised the price tags of goods at a slower pace.

At the same time, industrial enterprises began to reduce the selling prices of their goods, while the production costs of companies grew at the lowest rate since September 2021.

Recall that since the end of winter, the United States, the EU and a number of other countries have been introducing ever new economic sanctions against Russia.

In total, almost 11.2 thousand restrictions have already been imposed on Moscow (8.5 thousand of them since February 22), as evidenced by the materials of the Castellum.AI global sanctions tracking database.

At the same time, almost half of the country's gold and foreign exchange reserves (worth $300 billion) were frozen, and many international companies announced their withdrawal from the Russian Federation.

Against this background, in March, the PMI index in the manufacturing industry and services in Russia fell to 37.7 points from 50.8 in February.

The last time a similar value could be observed was in the second quarter of 2020, when the economy faced the consequences of the COVID-19 pandemic.

However, already in April the indicator recovered to 44.4 points, and in May it reached 48.2.

“Despite the serious sanctions pressure, the West failed to isolate Russia from world markets.

We now have a fairly high level of exports.

We are actively supplying energy products abroad and are gradually reorienting exports from the West to the East.

So the industry, especially the mining industry, is generally operating normally, ”said Alexander Abramov, head of the laboratory at the Institute for Applied Economic Research of the RANEPA, to RT.

In turn, Nikita Maslennikov, head of the Finance and Economics department at the Institute of Contemporary Development, connects the observed revival of activity in the service sector with seasonal factors.

“The service segment traditionally gains momentum in the summer.

Russians go on vacation and start spending money on entertainment and recreation, which leads to an influx of funds into the industry, ”the source explained to RT.

According to Alexander Abramov, the easing of monetary policy has also benefited the economy.

As the expert explained, over the past few months, the Central Bank has been reducing the key rate at a moderate pace, as a result of which loans for businesses have become more affordable.

At the end of February, the Central Bank more than doubled its key rate, from 9.5% to 20% per annum.

Such a measure was necessary to curb inflation in the face of sanctions.

In response to the actions of the regulator, Russian banks began to massively raise interest rates on loans and deposits for households and businesses.

As the situation in the economy stabilized from April, the Central Bank began to gradually reduce the key rate and already in June returned it to the pre-sanction 9.5% per annum.

In parallel, credit organizations began to reduce interest on deposits and loans.

“In addition to cheaper loans, entrepreneurs receive assistance from the state through access to special state support programs.

All this contributes to the development and adaptation of business to new conditions, including small and medium-sized enterprises,” said Alexander Abramov.

However, according to experts, Russian entrepreneurs still face a number of difficulties.

For example, one of the challenges for many business representatives was the excessive strengthening of the ruble, says Nikita Maslennikov.

Over the past four months, the national currency has managed not only to fully win back all the sanctions losses of the current year, but also to more than double strengthen compared to the levels of early March.

At that moment, the dollar and euro exchange rates for the first time rose above 121 and 132 rubles, respectively, but already at the end of June, the values ​​fell to 50.01 and 52.7 rubles - the lowest levels in more than seven years.

“A strong ruble negatively affects not only the budget, which, if the exchange rate depreciates by 10 rubles, loses more than 1 trillion rubles in revenue, but also does not allow businesses to make long-term plans.

It is necessary that the exchange rate stabilize, then enterprises will be able to calculate how much materials to buy, how many goods to produce and how much to sell them for,” explained Nikita Maslennikov.

Note that today the dollar exchange rate on the Moscow Exchange has recovered to 58-59 rubles.

However, the indicator is still significantly lower than the optimal values ​​for the Russian industry of 70-80 rubles.

This was previously stated by First Deputy Prime Minister of Russia Andrei Belousov.

“In our country, the problem of high inflation (which really was) has now given way to problems related primarily to the overstrengthened exchange rate and the need to stimulate production,” Belousov noted.

In addition, weak imports continue to slow down the adaptation of the economy and business to new conditions, Alexander Abramov believes.

In the context of Western restrictions and the disruption of supply chains, the volume of supplies of foreign goods and components to Russia has significantly decreased in recent months.

This, in turn, seriously complicates the work of many industries and enterprises, the expert emphasized.

“The authorities and businesses need to focus on finding and establishing re-export channels.

This is especially important for the supply of goods from the category of the technological, innovative sector, since our supplies of consumer goods are, in principle, going in the normal mode,” Abramov said.

It is noteworthy that at the end of June, Russian President Vladimir Putin signed a law on the legalization of parallel imports.

The document protects Russian companies that import foreign products into the country without the permission of the copyright holder from possible civil, administrative and criminal liability.

According to the new scheme, spare parts, electronics, clothing, cosmetics and other products have already begun to arrive in Russia.

Thus, due to this initiative, goods of previously departed foreign brands are gradually returning to the country.

According to experts interviewed by RT, in the coming months, business will continue to systematically adapt to new conditions.

At the same time, this process can be accelerated by improving the investment climate and reducing the administrative burden on entrepreneurs, economists are sure.

“Against the backdrop of all the events on the stock exchange, investors are afraid to invest in promising companies, so the state must take measures and give confidence in the reliability of such investments.

In addition, it is necessary to remove administrative pressure on businesses and reduce the number of inspections.

All these actions will allow the economy to adapt to new conditions in a short time,” explained Alexander Abramov.

In June, Russian President Vladimir Putin, during a speech at SPIEF 2022, instructed the government to permanently abandon most inspections of businesses whose work is not associated with high risks of harm.

At the same time, the head of state called for a more confident approach to the decriminalization of economic crimes and to reconsider the grounds for imprisoning entrepreneurs.

“The pandemic and current events have confirmed the importance of flexibility and freedom in the economy.

It is private business that, under harsh conditions, against the backdrop of attempts to restrain our development by any means, has proved that it is able to compete in global markets.

It is necessary to ensure the dynamic development of the economy, of course, relying on private business,” Putin said.