The "midterm exam" of the property market: When will the bottom rebound after more than 460 easing policies?

China News Service, July 5th: "Mid-term exam" in the property market: After more than 460 easing policies, when will the bottom rebound?   Zhongxin Finance reporter Zuo Yukun   The progress bar in 2022 is more than halfway through, and the property market in the first half of the year has experienced many unexpected twists and turns and adjustments. With the gradual increase in the easing poli 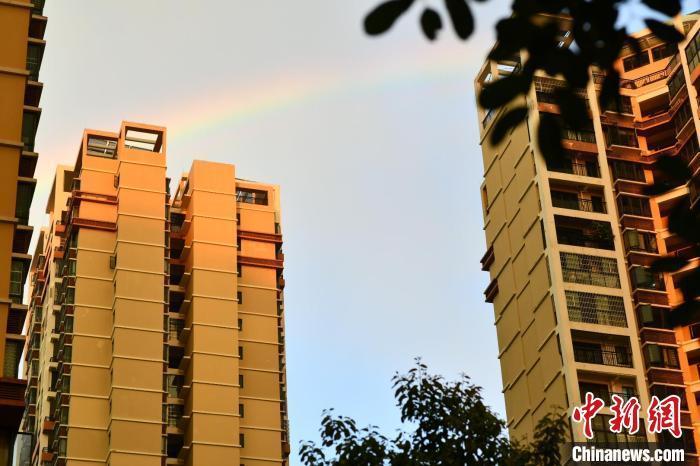 "Mid-term exam" in the property market: After more than 460 easing policies, when will the bottom rebound?

The progress bar in 2022 is more than halfway through, and the property market in the first half of the year has experienced many unexpected twists and turns and adjustments.

With the gradual increase in the easing policy, the property market also felt the breath of recovery in the summer of June.

"In the short term, the market has bottomed out. It is not a bottoming out, but a slow and gentle recovery process." Recently, Yu Liang, chairman of the board of Vanke, said at the shareholders' meeting, "This is the most stressful period of time since I started my career. ", but still opposed the long-standing pessimism and gave a positive and strong judgment.

Yu Liang, who has always acted as an opinion leader in the real estate industry, made a speech that also caused real estate stocks to fluctuate upwards after a long absence.

The next day, the real estate development sector continued to buck the market and strengthened, and even a number of real estate and property companies set off a daily limit.

After the traditional off-season sales in January and February, due to unexpected factors such as repeated epidemics in many places, the "cold spring" hit, and "gold three silver four" missed appointments.

According to data from the National Bureau of Statistics, sales and investment in the real estate industry both entered negative growth in April.

The sluggishness in the first four months also put pressure on the overall sales volume in the first half of the year.

According to data from the China Index Research Institute, in the first half of the year, the transaction area of ​​newly built commercial housing in key 100 cities dropped by more than 40%.

Fortunately, signs of recovery finally emerged in May.

The main indicators of the industry began to improve. The monthly sales of new houses and the scale of development investment rose by 26% and 14% respectively month-on-month, and market confidence began to recover.

"With the continued easing of policies, the environment for buying a house is getting better and better. In May and June, the effect of the policy gradually emerged, the demand for house purchase was gradually released, the degree of convenience for house purchase was gradually increased, and bank credit was also given. There is relatively large support, so the latest data matches the policy very well." said Yan Yuejin, research director of the Think Tank Center of the E-House Research Institute.

As Yan Yuejin said, the record-breaking policy scale has become an important driving force for this round of market turnaround.

Demand side: Policies are frequently issued to support house purchases

According to data from Centaline Property, in the first half of 2022, more than 460 easing policies for the property market have been introduced in various places, covering more than 200 cities, and the number of times has set a new historical record.

Policies introduced in various places mainly focus on the demand side, including relaxing restrictions on sales and purchases, lowering the down payment ratio, lowering the mortgage interest rate, etc. Among them, the adjustment of the provident fund policy is the most frequent.

For example, in June, nearly 30 cities increased the amount of provident fund loans and reduced the down payment ratio, and more than 20 cities issued various housing subsidies.

In addition to the large number of policies, the level of cities issuing policies is also getting higher and higher.

In the first quarter, the policy trend started in the third- and fourth-tier cities. From April to June, the second-tier cities "joined the group chat" and gradually became the main force of the policy launch. There are even traditional hot cities such as Nanjing, Wuhan, Chengdu, Hangzhou, and Xiamen. Also stepped into the ranks of the stable property market.

If we look at the innovation in this round of relaxation cycle, there are also "points" and "faces".

From the perspective of individual cities, Changsha's "rent-for-purchase" idea has gone out of the concept of "renting out even if you don't have a house", which is known as a strange move to open up the channel between Changsha's new housing, second-hand housing and the rental market; Wenzhou launched the "annual housing loan" "Focusing on the mortgage burden, so that the mortgage can also be "interest first and then principal", leaving a buffer period for the first three years to only repay the interest.

From a trend point of view, the policy of subsidizing the second and third children has become an innovative direction to support the property market in this round, forming a certain scale.

"Duocheng has introduced a house purchase policy for families with two and three children, which has achieved the effect of killing two birds with one stone. It not only promotes the release of reasonable housing demand, but also achieves the purpose of encouraging fertility and population growth to a certain extent." Zhuge Looking for a house Chen Xiao, a senior analyst at the Data Research Center, said.

Supply side: soil auctions pick up to promote land acquisition

Look at the supply side.

In the first half of the year, the financial pressure of enterprises continued to increase and the market adjustment trend continued, and the enthusiasm of housing enterprises to start new construction was insufficient.

As of the end of May, the saleable area of ​​commercial housing in 50 representative cities was at a relatively high level since 2017.

If calculated based on the average monthly sales area in the past 6 months, the short-term inventory clearance cycle is 18.9 months, 5.0 months longer than the end of 2021.

But since June, the land market has also picked up significantly.

In June, the total amount of transfer funds for monitored cities increased by more than 60% compared with May, of which Shanghai led with nearly 86.4 billion yuan; residential land in the Yangtze River Delta region entered the market intensively, occupying eight seats on the list of total transfer funds.

"Because the number of centralized land supply has increased to 4 times this year, it has also increased the flexibility of real estate companies to acquire land, and the proportion of high-quality land parcels has increased. In the future, the supply of land will be reduced in quantity and prices will increase; it is expected that the land auction rules will continue to be relaxed in the second half of the year, and Threshold, reduce land prices, increase profits, and increase the willingness of enterprises to acquire land.” The Middle Finger Research Institute believes.

The bottom has come, when will it rebound?

The first half of this year's property market drama has been very exciting, from the policy-driven weak environment to the tail-winding market in May and June.

The continuous improvement in the supply and demand environment made the property market in June show a bottoming trend of "expansion of growth month-on-month and narrowing of year-on-year decline". Where will the next recovery start?

"The confidence of homebuyers continued to return. In June, the enthusiasm for finding new homes across the country showed an overall upward trend, especially in first-tier cities, reflecting its strong rebound." Recently, 58.com and Anjuke released the 2022 "June According to the National Housing Index Report, in June, the heat of looking for new houses nationwide rose by 2.3% month-on-month, and the heat of looking for new houses in first-tier cities rose by 16.9% month-on-month.

"The policy in the first half of the year has significantly increased the driving force of improved demand. Many cities have quickly transformed potential home buyers into actual home buyers through the relaxation of purchase restrictions. It is expected that the overall sales of commercial housing nationwide in the second half of the year will significantly exceed the first half of the year." 58 Anju Room Property Zhang Bo, the dean of the research institute, believes that market de-escalation will still face regional differentiation, not only between cities, but also between sectors will be more obvious.

The industry generally believes that first-tier cities and hot second-tier cities will still play a leading role in this round of recovery.