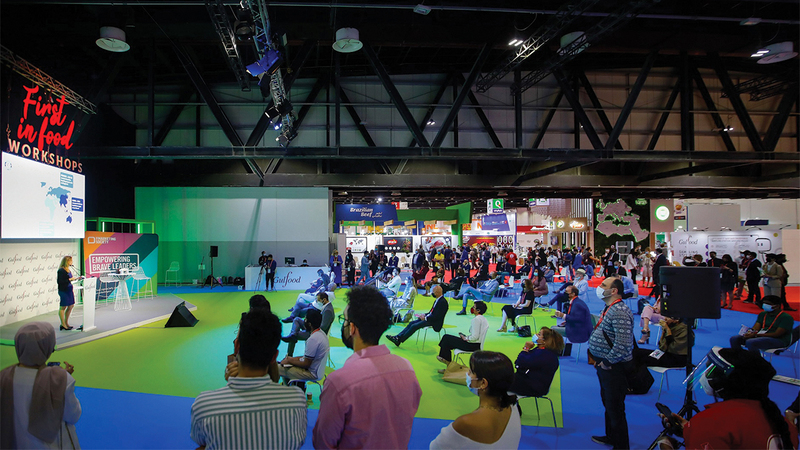 The sporting event coincides with the peak season, conferences and business in the emirate

They revealed that reservations were received from countries such as Brazil and Mexico in groups, and that there were inquiries from European countries about Dubai hotel reservations.

They pointed out that Dubai is a prominent global tourist destination that usually witnesses very high occupancy rates during this period, with the support of leisure and business tourism, and from various global markets, stressing that Dubai will witness strong levels of demand for the tourism sector during the last quarter of this year as a whole. The demand is at its peak.

The CEO of Time Hotels Group, Muhammad Awadallah, said that the group's hotels began receiving reservations from individuals to attend the FIFA World Cup in Qatar, which will be held during the period between November 21 and December 18, 2022, noting that the hotels resorted to raising the average Prices are under expected high demand during this period.

Awadallah pointed out that Dubai is a prominent global tourist destination, which during this period usually witnesses very high occupancy rates, supported by leisure and business tourism, and from various markets around the world, expecting strong performance rates in addition to the FIFA World Cup events.

He pointed out that the tourist demand in Dubai has reached levels that exceeded the rates before the "Covid-19" pandemic, in light of the effective management and the initiatives launched by Dubai, which enhanced its tourism attractiveness under these conditions, pointing out that the international tourism movement to the emirate continues. Record powerful levels.

For his part, the general manager of Tamani Marina Hotel, Walid Al-Awa, confirmed that the hotel began receiving reservations for accommodation for World Cup events from groups, companies and tourism agencies.

He said, "Tourism demand is usually in the last quarter of 2022, coinciding with the winter season at its peak, and with hosting the World Cup events, we expect record levels of performance."

Al-Awa added that the last months of this year, which coincide with the FIFA World Cup, are among the busiest periods in Dubai, in terms of demand rates for tourism in Dubai, and therefore prices are already at higher levels, explaining that the hotel market in the emirate is looking forward To achieve high revenues and returns.

Al-Awa expected that occupancy rates in the hotel market in Dubai would be almost complete, pointing out that the emirate hosts more than 140,000 hotel rooms, and many world-class entertainment destinations, as well as activities and adventures, and very rich tourist experiences.

He explained that Dubai is also characterized by the diversity of its tourism product, in line with the various requirements of visitors of all tastes, as it is a famous destination in the food sector as well, in addition to luxury resorts and beach hotels, and a large hotel capacity of various hotel categories, including small and medium enterprises, and hotel apartments. , and other options that provide visitors with a unique and diversified product.

In addition, the regional director of the "Hyatt Hotels Group" in Dubai, the general manager of the "Grand Hyatt" hotel, Fathi Khojaly, said that the group's hotels began receiving reservations for attending the World Cup events from groups and individuals, stressing that Dubai will witness strong levels in The demand for the tourism sector during the last quarter of this year as a whole.

Khojaly added that the hotel sector in Dubai is witnessing, during the first two weeks of next November, a great demand for business tourism and conferences, noting that the organizers of these conferences resorted to focusing their activities for the coming months of November and December, during this period, indicating that tourism demand in Dubai is usually in Extremely high levels during this period.

He stated that hotel accommodation prices are determined based on demand and occupancy rates, pointing out that there are special prices designed for groups and others for individuals, expecting more early bookings in conjunction with the international event, to avoid price increases and almost full occupancy rates.

He explained that Dubai's tourism product is characterized by a rich diversity that suits the various requirements of visitors in terms of entertainment destinations, food, tourism activities and other attractions that annually attract millions of visitors around the world.

He stressed that the tourism sector in the emirate continues to record strong performance rates, whether for business tourism and conferences, or recreational tourism and shopping, revealing that one of the conference organizers has booked in recent days an entire hotel belonging to the group with a capacity of 500 rooms for four nights.

In the same context, Haitham Matar, head of the InterContinental Hotels and Resorts Group in the Middle East, Africa and India, said: "We have started receiving reservations from countries such as Brazil and Mexico in groups, regarding the World Cup events," noting that there are inquiries from European countries about hotel reservations. Dubai.

Matar added: "The expectations of InterContinental Hotels and Resorts in Dubai in terms of occupancy rates reach about 84% in this November, compared to 83% during November 2021, and about 82% in next December, compared to 77% during the same period last year."

Flydubai announced that its flights between Dubai and Doha for the upcoming World Cup competitions are available for reservations on its website.

flydubai will provide “match day” flights, in partnership with Qatar Airways and other national partner airlines in the Gulf Cooperation Council countries, and provide football fans with convenient travel options for the event, which will take place from November 21 until December 18, 2022.

For the duration of the sporting event, flydubai provides 30 daily round-trip flights between Dubai and Doha, which provides maximum comfort for passengers when choosing their flights. These flights allow match ticket holders to move freely from Dubai, enjoy the football atmosphere in Doha and return to Dubai in same day.