Recently, major commercial banks have been continuously lowering lending rates as they have been releasing periodic deposit and savings products with exceptional interest rates ranging from 3 to 5% per annum. 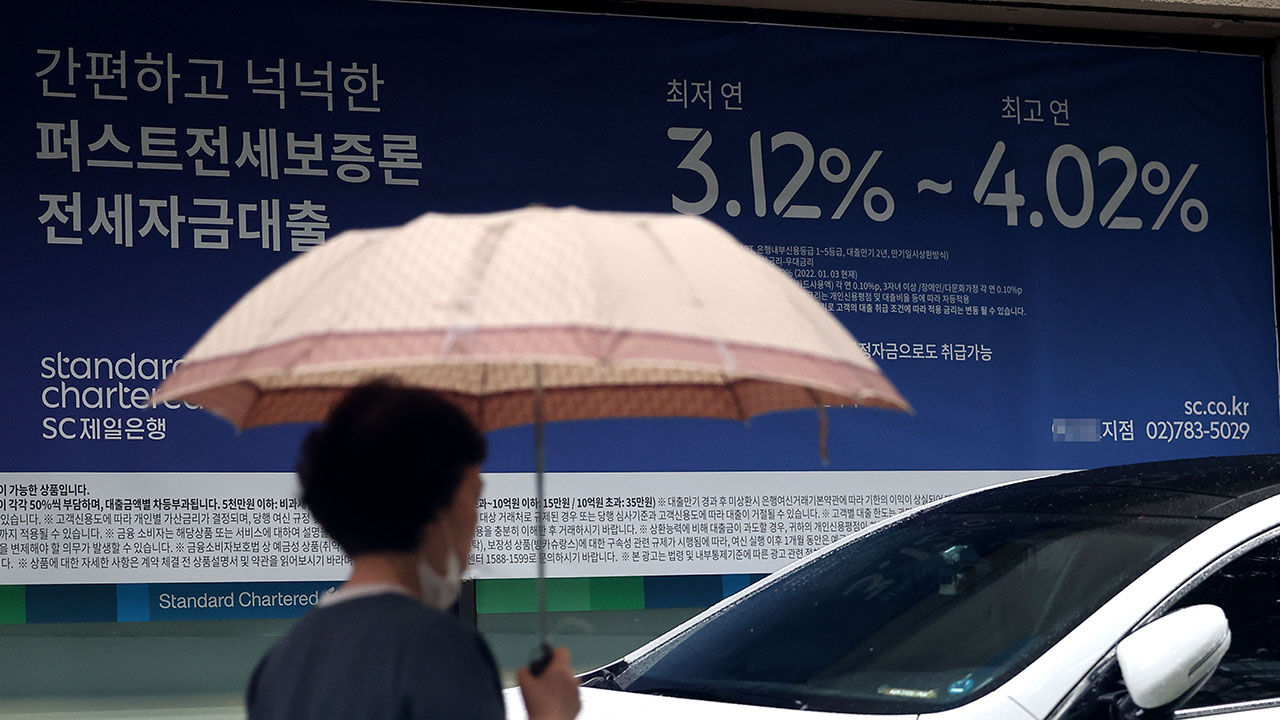 Recently, major commercial banks have been continuously lowering lending rates as they have been releasing periodic deposit and savings products with exceptional interest rates ranging from 3 to 5% per annum.

As the financial authorities and political circles warned of 'interest trading', and the difference in interest rates between deposits and loans widened the largest in 7 years and 7 months, the banks, feeling the burden, were interpreted to 'appease public opinion' in their own way. It's possible.

The increase in the deposit (deposit) interest rate is also aimed at raising funds necessary for corporate loans in the second half of the year, and preparing for soundness standards that will be strengthened again ahead of the end of financial support.

In the first half of the year, more than 32 trillion won of market funds flowed into the regular deposits and savings accounts of the five major banks, but the 'reverse money move', in which the flow of funds from real estate, stocks, and virtual currency to banks, is changed, will increase in the second half of the year along with competition to raise interest rates on deposits and savings accounts. It is expected to accelerate.

Reverse money move refers to the return of market funds from risky assets such as stocks to stable bank deposits and savings accounts.

Festa Savings, which was launched with a limit of 100,000 accounts, is a 10-month free savings account that is paid weekly and can be paid up to 300,000 won per month, with a maximum interest rate of 4.0% per annum.

NH Nonghyup also plans to launch a new term deposit product with an interest rate of 3% per annum, including a preferential rate of 0.4% point (p), around the 11th.

On the 22nd of last month, Woori Bank set the '2022 Woori Special Term Deposit' with a maximum interest rate of 3.20% up to a limit of 2 trillion won. increased.

However, as of the 1st, there is only 143.7 billion won left until the limit, and the second exhaustion is imminent.

As such, as deposits increased by KRW 850 billion in one month thanks to the special 5% interest rate savings account launched twice in June, K-Bank is reviewing the launch of a special product this month as well.

Shinhan Bank is planning to further cut the loan interest rate this week (July 4-8) at the earliest.

In April, Shinhan Bank cut interest rates on home mortgage loans and Jeonse loan funds by 0.10 to 0.25 percentage points once.

A Hana Bank official also said, "We are reviewing various financial cost reduction measures such as interest rate cuts and amortization deferrals for financially vulnerable borrowers who have increased the burden of repayment of principal and interest due to the recent increase in interest rates."

NH Nonghyup Bank has already lowered interest rates on housing-related loans such as collateral and jeonse funds by 0.1 to 0.2 percentage points from the 1st of this month by expanding preferential rates.

From the 24th of last month, Woori Bank also decided to give a preferential rate of 1.3 percentage points (within the bank's own credit rating within the 7th grade) applied to fixed-rate loans based on 5-year bank bonds in a lump sum to all grades (8-10 grades added).

In the end, it is equivalent to lowering the additional interest rate for all grades of Woori Bank by 1.5 percentage points.

On the 22nd of the same month, K-Bank also cut the loan interest rate by up to 0.41 percentage points per annum.

As such, the negative current of financial authorities, politicians, and public opinion about the excessive difference in deposit-to-deposit interest rates (margins) is mentioned as the background for lowering the loan interest rate even though banks are competing to raise deposit and savings rates.

In a meeting with bank presidents on the 20th of last month, Financial Supervisory Service Commissioner Lee Bok-hyeon said, "The rationality and transparency of interest rate operation must be continuously improved." "The interest rate is set voluntarily in the market. Criticism of banks' excessive pursuit of profits is growing," he said.

On the 28th of the same month, Seong Il-jong, chairman of the People's Power Policy Committee, also said at a meeting of the Special Committee on Consumer Life and Family Stabilization, "It is said that even if the Bank of Korea raises the base rate by 0.5 percentage point, the burden of loan interest will increase by more than 6.7 trillion won." I earnestly ask you to participate voluntarily so that there is no distraction."

According to the BOK, the total deposit (deposit) interest rate based on the loan balance of deposit banks as of May was 1.08% and the total loan interest rate was 3.45%, with a loan-to-deposit margin of 2.37 percentage points.

Regarding this move by the government and politics, the head of a commercial bank said, "It would be a lie to say that there is no pressure from the political authorities. "We need to come forward and help out autonomously, but it is undeniable that Korea has a stronger awareness of the public role of finance compared to other countries," he said.

In addition, there are other reasons for banks to raise interest rates on deposits and savings accounts.

Although household loans have decreased this year, corporate loans have continued to increase, so it is necessary to secure loan funds in the second half of the year by attracting savings and savings accounts.

As of the end of June, the outstanding corporate loans of the five major banks (KB, Shinhan, Hana, Woori, and NH Nonghyup) stood at KRW 673755.1 billion, up 37.8 trillion won from the end of last year.

An official from a commercial bank said, "Despite the decrease in bank household loans, corporate loans are steadily increasing, and there is a possibility that household loans may increase with the arrival of the global contract renewal cycle. Therefore, banks still need to raise funds." In the banking sector, there is a competition to not lose money by raising interest rates on deposits and savings accounts or conducting special sales,” he explained.

Another factor is that the prudential standards, which have been relaxed due to financial support measures, are tightened back to their original levels.

On the premise of financial support, the financial authorities lowered standards such as the loan-to-deposit ratio (ratio of loan balance to bank deposit balance) and liquidity coverage ratio (LCR). It is said that the need to increase has increased.

A bank official said, "In the case of the loan-to-deposit ratio, the authorities allow it to exceed 100% within the range of 5 percentage points, and the LCR was also lowered from 80% to 70%, and in the process of normalizing it, the bank needs to attract deposits, so there is a special sale. Giving it up,” he said.

Due to these factors, there is a high possibility that banks will continue to attract deposits and savings by raising interest rates in the second half of the year, and asset markets such as real estate, stocks, and virtual currency are expected to continue to be sluggish, causing market funds to flow into banks. is expected to become increasingly evident.