You have seen the assembly, but conflicts are appearing everywhere. At the Daewoo Shipbuilding &amp; Marine Engineering strike farmhouse, a union member entered a narrow box and picked up a sign. Hyundai Motors union decided to strike for the first time in four years. 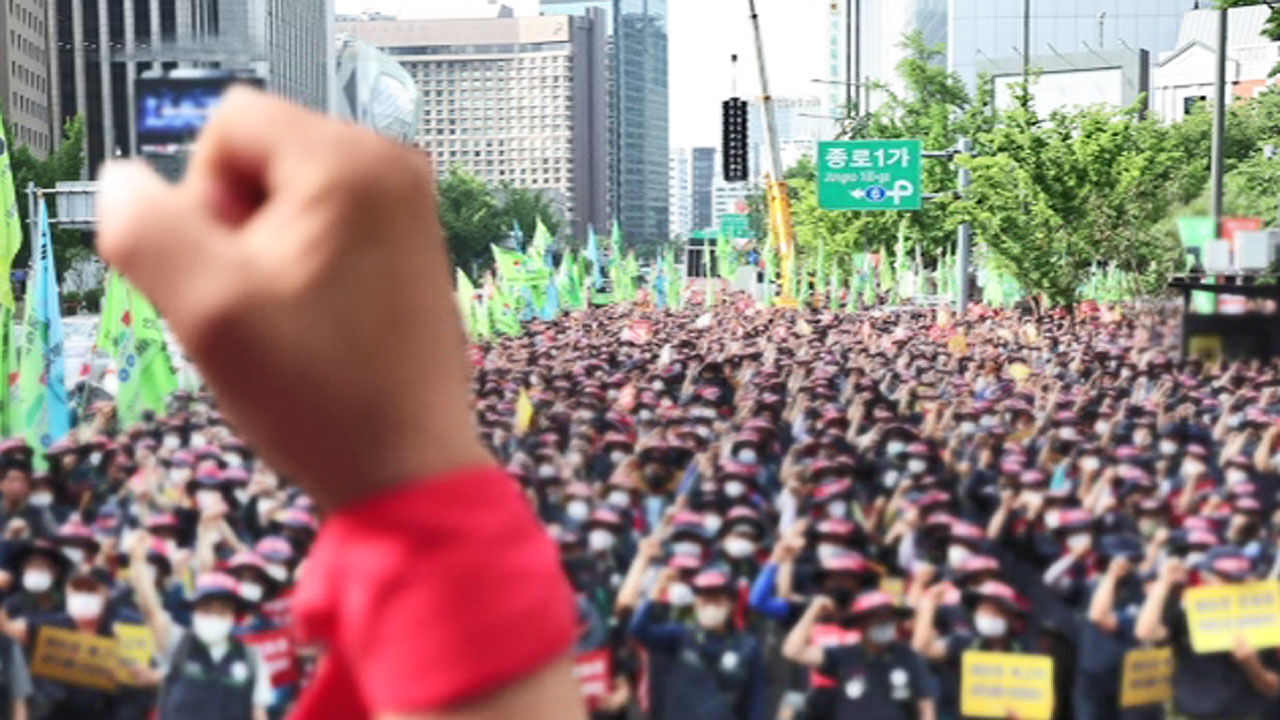 You have seen the <Anchor>

rally, but conflicts are appearing everywhere.

At the Daewoo Shipbuilding & Marine Engineering strike farmhouse, a union member entered a narrow box and picked up a sign.

The Hyundai Motors union decided to strike after four years.

The Deputy Prime Minister of Economy has asked for an excessive wage increase, but as prices soared, the voices of labor unions calling for a wage increase are growing louder.

is a ready-mixed concrete plant in Incheon.

The ground parking lot was filled with dozens of ready-mixed concrete units.

As the ready-mixed concrete union went on a partial strike, borrowers stopped transportation.

[Lim Young-taek/Chairman of the ready-mixed concrete transportation union: How long are you going to make it last?

The reason is that it is difficult to maintain a livelihood because the price level is too high, but the manufacturer is already supporting the price of oil, so it is a situation in which it is proposed to raise the price by 21% over two years.

The union and the company will meet again tomorrow (3rd) at the negotiating hall.

The strike of the labor union of subcontractors of Daewoo Shipbuilding & Marine Engineering is also not finding a breakthrough.

One union member went into a narrow iron box by himself saying he would protect the farmhouse until the end.

The union's demand is a '30% increase in wages', claiming that it takes into account the fact that wages have been frozen for several years despite high inflation, leading to a fall in real wages.

[Lee Kim Chun-taek / Geoje Tongyeong Goseong Chosun Subcontractor Branch: In 5-6 years, the (real) wage has fallen that much, about 30%.

Hyundai Motor's union and management held negotiations about 10 times over a wage increase plan, but declared a breakdown on the 22nd of last month.

If the Hyundai Motors union goes on an actual strike, it will be the first time in four years since 2018.