The price of gasoline falls after nine weeks, although that of diesel continues to rise

The average price of fuel in Spain has had an uneven behavior in recent days as gasoline has fallen after nine weeks on the rise while the... 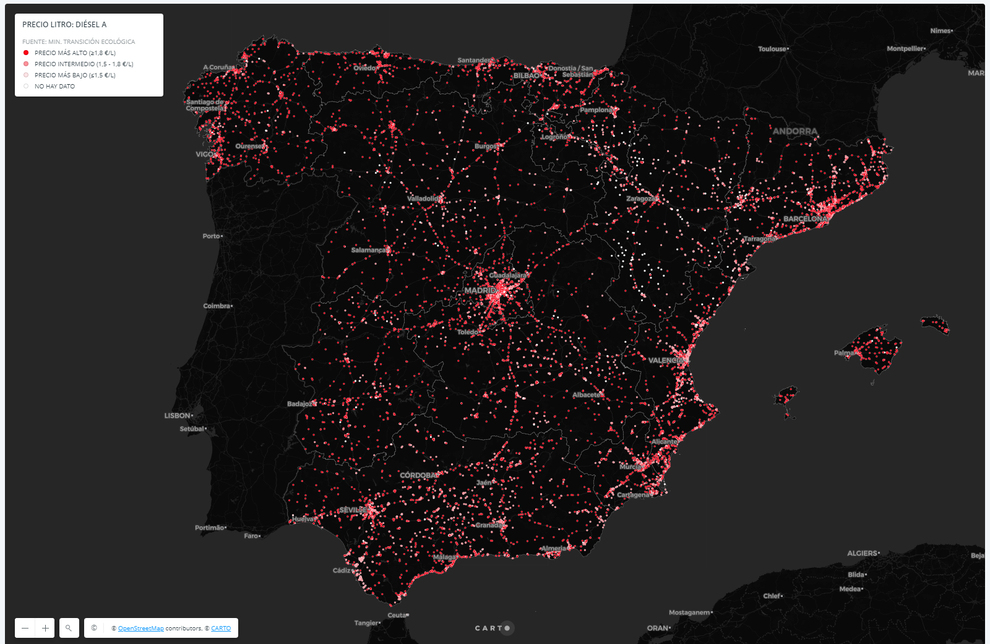 The average price of

has had an uneven behavior in recent days as gasoline

has fallen after nine weeks on the rise

According to data from the European Union Petroleum Bulletin, compared to a year ago, without taking into account

the discount of 20 cents

The foreseeable thing is that they

could go down in the coming weeks

since Brent is trading at 115 dollars per barrel below the more than 120 reached in previous weeks.

this week in Spain is 2.129 euros per liter, which represents a

compared to the 2.142 euros of the previous week.

Since the beginning of the war in Ukraine it has risen 33.7%.

than the previous week, while a tank of a diesel vehicle entails

, one euro and 32 cents more than in the last reference.

price of gasoline in Spain remains above the average for the euro zone, where the retail price of a liter of gasoline

It is also higher than the average of