The 34-year-old man, detained in the Palestinian enclave for seven years, is presented by the Islamist organization in power in the Gaza Strip as an Israeli soldier. But the Jewish state says... 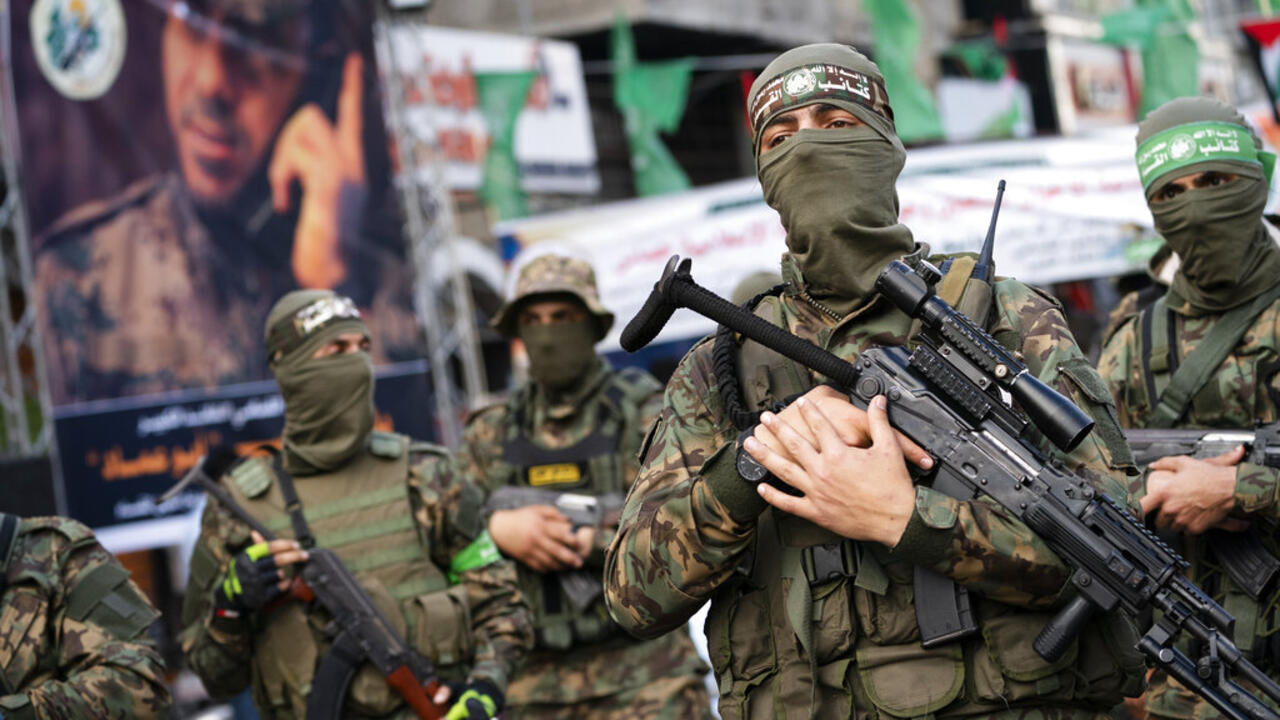 Hamas fighters march through the streets of Gaza on Saturday, May 22, 2021 (illustrative image).

The 34-year-old man, detained in the Palestinian enclave for seven years, is presented by the Islamist organization in power in the Gaza Strip as an Israeli soldier.

But the Jewish state indicates for its part that it is a mentally unstable man.

In the video released by Hamas on Telegram, a weakened man can be seen lying on a bed, on life support, his gaze blank.

On his pillow, we can see his Israeli identity card.

Broadcasting images of a sick person is detestable and deplorable

Earlier this week, the Ezzedine al-Qassam brigades, the armed wing of Hamas, reported "

the deterioration of the state of health of an enemy prisoner

Hicham Al-Sayed, 34, is an Israeli Arab.

In 2015, he entered the Gaza Strip in rather vague circumstances.

For the Palestinian armed group in power in the enclave, there is no doubt: it is an enemy soldier.

But the Jewish state and the detainee's family repeat it tirelessly: Hicham is "

A second Israeli hostage in the hands of Hamas

Officially, Israel prohibits its nationals from entering the Gaza Strip.

Two main fears: first that they will be kidnapped.

Then, let them serve as bargaining chips for the release of Palestinian detainees imprisoned by the Israelis.

In addition to Hisham Al-Sayed, another Israeli, Avera Mengistu, is believed to be alive in Hamas hands after being filmed by an Israeli security camera as he climbed the fence separating Israel from Gaza in September 2014.

Israeli authorities are continuing their efforts to secure the release of the two men as well as the return of two remains of Israeli soldiers killed during the 2014 war in Gaza, says Naftali Bennett's office.

► To read also: The commander of the armed wing of Hamas, Mohammed Deif, still escapes Israel