The markets are witnessing a remarkable competition between shopping mall stores and e-commerce platforms, related to the “end of the season” offers. “Emirates Today” monitored a field tour in shopping centers offering extensive discounts on ready-made clothes, shoes, and bags, at rates ranging between 20 and 60%, at a time announced 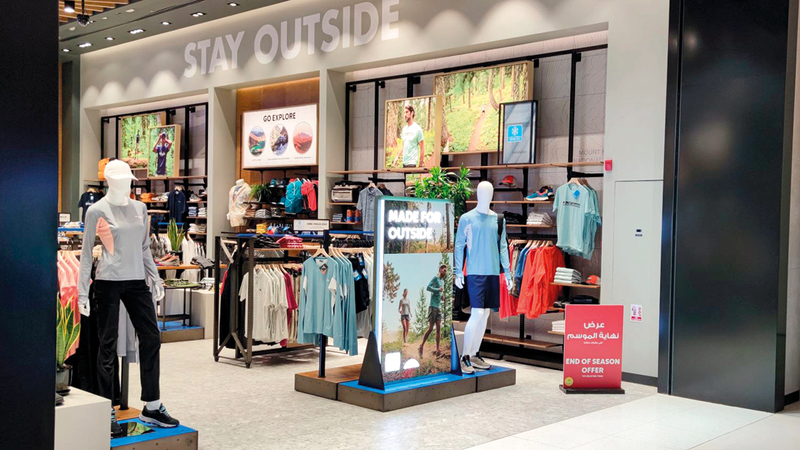 The markets are witnessing a remarkable competition between shopping mall stores and e-commerce platforms, related to the “end of the season” offers.

And «Emirates Today» monitored a field tour in shopping centers offering extended discounts on ready-made clothes, shoes, and bags, at rates ranging between 20 and 60%, at a time when e-commerce platforms announced offers with discounts ranging between 40 and 90%, while the offers included 10% cash back benefits on purchases.

Consumers said that the offers gave them a variety of options for goods, in addition to obtaining greater discount rates.

Consumer Salah Omar said that the end-of-season offers offered by several stores in an extensive manner, as well as some e-commerce platforms, provided consumers with greater options for the offered goods, in addition to obtaining greater discount rates.

For his part, the consumer, Mohamed Samir, considered that the high competitiveness between shopping center stores and a number of e-commerce platforms around the end of the season offers contributed to the provision of goods such as clothes, shoes and bags at reduced prices, especially with those offers coinciding with the preparations of many families for the summer holidays.

In the same context, the consumer Samah Ibrahim said that the competitiveness of shopping center stores and e-commerce sites has motivated some platforms to extend offers that were previously announced to have expired, which allowed consumers to have expanded options for shopping, and not to rely on stores only.

In addition, Walid Saeed, the sales official in a ready-made clothing store in a shopping center in Dubai, said that the most prominent feature of the end-of-season sales is that they extend for long days, and differ from one store to another, which allows stores to activate sales more, and sell the models of the previous season, It also gives consumers the opportunity to purchase summer holiday gifts at low prices.

The sales official at a ready-to-wear store in Dubai, John Patrick, also considered that the competition between retail stores and online shopping platforms over end-of-season discounts does not negatively affect either party, with consumers' shopping patterns still different between the preference for buying from websites, or Buy from traditional stores.

In turn, Amjad Fadi, the sales official in a shoe and sportswear store in Dubai, confirmed that the end-of-season offers are among the occasions that reflect positively on activating sales, especially with the fact that they extend for long periods, compared to other download patterns, as some of them end on June 30th. Some of them extend into the next month.

Sea: Competitiveness is a positive aspect

The retail trade expert and head of Al Bahr Consulting Company, Ibrahim Al-Bahr, said that the remarkably high competitiveness around discount offers between e-commerce platforms and traditional stores is among the most prominent changes produced by the Corona virus pandemic in the retail sector.

This was considered a positive aspect, as it provides consumers with greater discount rates, and more diverse options, and is also reflected in the activation of the sector's sales.