Israel: Parliament votes for its dissolution in first reading 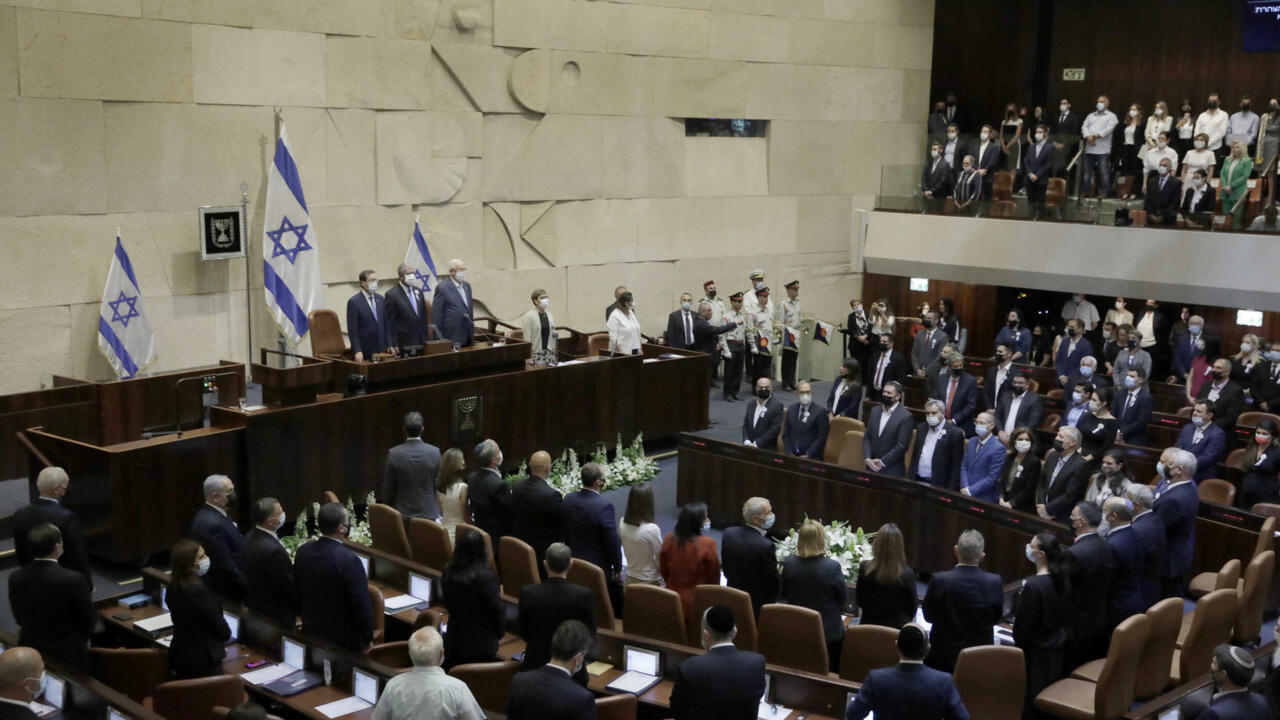 Israel: Parliament votes for its dissolution in first reading

Israeli elected officials voted early this Tuesday, June 28 at first reading on a bill to dissolve Parliament, a key step towards calling new early elections, the fifth in less than four years in Israel.

Israeli MPs had approved Wednesday, June 22 in a preliminary reading the dissolution of Parliament and the holding of new elections after Prime Minister Naftali Bennett announced the end of the motley coalition in power since June 2021. After this preliminary vote, a parliamentary committee considered the bill paving the way for early elections on October 25 or November 1.

Shortly after midnight, this committee announced that it had completed its work and had "unanimously" adopted this bill, which was voted on at first reading by the plenary assembly of the Knesset (Parliament), with the support of 53 elected, without opposition or abstention.

The 120 elected members of the Knesset must adopt a total of three readings of this bill.

However, the parliamentary committee, which brings together deputies from the opposition and the coalition still in power, had reported on the night of Monday to Tuesday an agreement to complete these three votes by Wednesday at 11:59 p.m. ).

Under a power-sharing agreement between Mr. Bennett and the current head of diplomacy Yair Lapid, the latter will be Prime Minister after the dissolution of Parliament and until the formation of the next government.

Bennett and Lapid had brought together in June 2021 a coalition unique in the history of Israel including parties of the right, the center, the left and, for the first time, an Arab formation, in order to put an end to twelve years without interruption Binyamin Netanyahu's reign as head of government.

To read also: The “civil law”, at the center of the Israeli-Palestinian conflict, brings down the Bennett government

But the coalition has suffered several setbacks in recent weeks and, to further weaken it, the opposition inflicted a snub on it on June 6 by gathering a majority of votes against a bill aimed at extending the application of Israeli law to the 475,000 Israeli settlers living in the occupied West Bank.

This law had to be renewed by June 30 or else settlers in the West Bank - Palestinian territory occupied since 1967 - risked losing their legal protection under Israeli law.

In the event of the dissolution of Parliament, this law is automatically extended.