Jordan: a chlorine leak kills several people and injures more than 250 in the port of Aqaba

In Jordan, the explosion of a toxic gas tank killed at least 12 people and injured more than 250 at the port of Aqaba in the south of the country. The roads in the region are cut off… 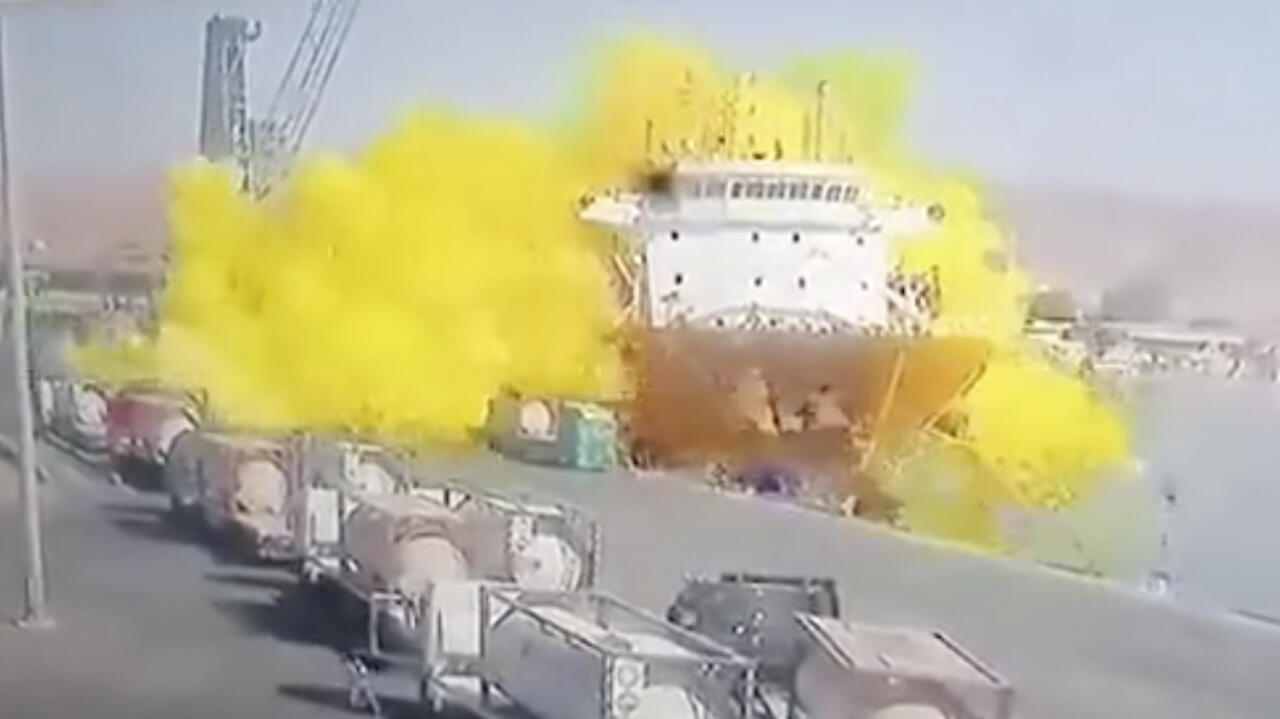 Jordan: a chlorine leak kills several people and injures more than 250 in the port of Aqaba

A photo taken from CCTV footage shows the moment the container exploded after being overturned, leaking chlorine in the Jordanian port of Aqaba on June 27, 2022. © Al-Mamlaka TV / AP

In Jordan, the explosion of a toxic gas tank killed at least 12 people and injured more than 250 at the port of Aqaba in the south of the country.

The roads in the region are cut off and the authorities are calling on the population to confine themselves in the face of the leak of chlorine, a “

The explosion took place in the early evening.

On the videos published by the local media, we see a tank being transported by a crane to the port of Aqaba.

Before reaching the ship where it was to be transported, the tank fell several meters and crashed to the ground.

A thick yellow smoke emerges causing the panicked flight of the personnel on the spot, reports our correspondent in Amman,

This gas would be chlorine, according to the first interventions of the local authorities, which can cause serious lung damage and

lead to the death of poisoned people

The Jordanian government urgently dispatched the army and several planes to evacuate the wounded to other hospitals in the country.

A committee was also urgently created by Jordanian Prime Minister Bicher Al-Khasawneh to find out more about the circumstances of this explosion.

The injured were transferred to two public hospitals, a private hospital and a fourth field hospital, authorities said, while the beach was evacuated.

", some of whom are in critical condition.

He also called on the residents of Aqaba "

to stay at home and close the windows as a precaution

the substance present in the atmosphere was

The port of Aqaba is the only one in the country and one of the main ones on the Red Sea, most of the country's imports and exports pass through there.

It is only a few dozen kilometers from the city, one of the largest in Jordan,

renowned for its luxurious hotels and seaside activities

The port is also on

, less than fifteen kilometers north of Saudi Arabia, while the Egyptian Sinai Peninsula is on the other side of the gulf, about ten kilometers away.