Egypt: an Islamist host targeted by complaints after sexist remarks

Making sexist remarks in Egypt is no longer without consequences. Such declarations have earned a popular telecoranist to become the number one enemy of Egyptian women but also of NGOs, deputies,... 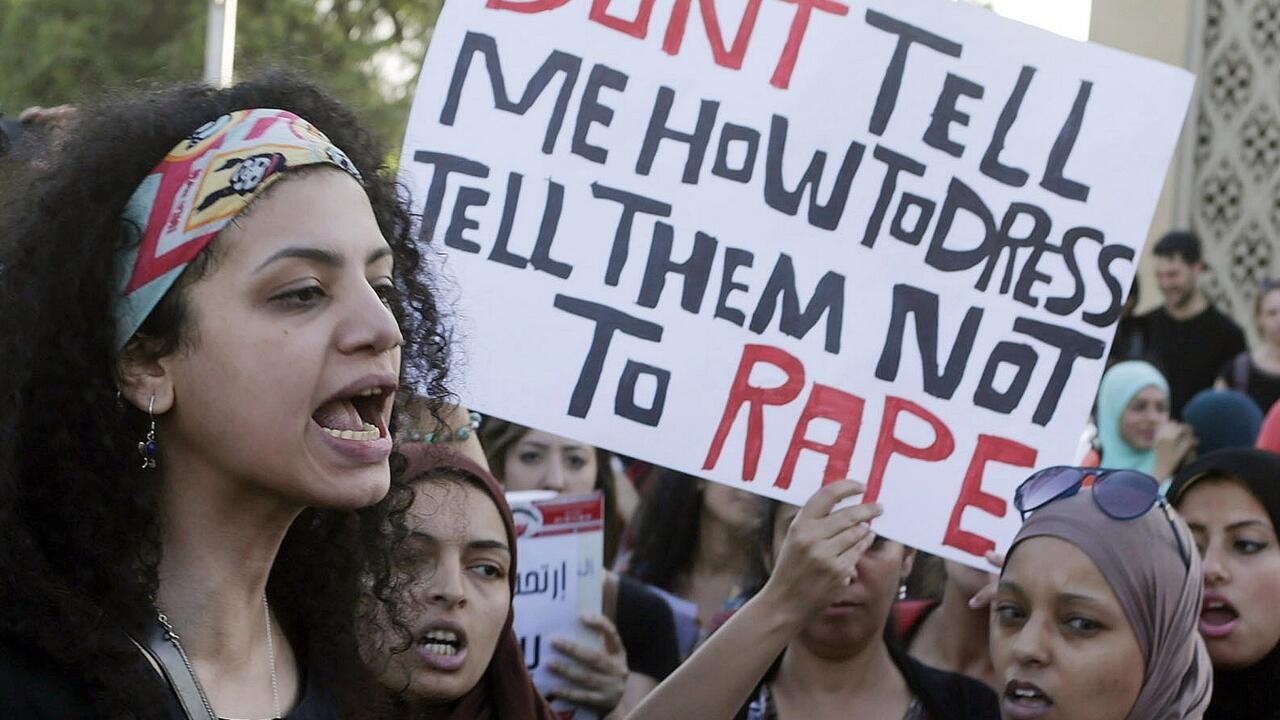 Egypt: an Islamist host targeted by complaints after sexist remarks

On the panel of a demonstrator, June 4, 2014, place el-Gezirah: "Don't ask me how to dress, tell them not to rape me" (illustrative image).

Making sexist remarks in Egypt is no longer without consequences.

Such statements have earned a popular telecoraniste to become the number one enemy of Egyptian women but also of NGOs, MPs, artists, journalists and Internet users who are calling for sanctions.

If you want to live, dress like a basket

": this sentence from the famous telecoranist Mabrouk Atteya has made him the most unpopular man in Egypt despite the 1.2 million people who follow him on Facebook and his 300,000 Youtube subscribers.

It is true that he was commenting on the slaughter of a student in front of the University of Mansoura in the Delta by a rejected admirer.

A crime that had shaken Egypt by its savagery and also by the fact that passers-by had filmed and broadcast the scene on social networks.

The telecoranist, who is also head of the department of Islamic studies at al-Azhar University, was referring to the fact that the murdered student was not veiled, which he said could cause uncontrolled desire in men.

In the past, during the discussion of a law against violence against women, Mabrouk Atteya had felt that it was the wives who provoked their lord and husband's master, which pushed him to correct them.

A widespread trend among Islamist and even conservative preachers.

sexually repressed who were looking to be groped and more

The speeches of preachers increasingly criticized

This time, Mabrouk Atteya's sexist remarks did not pass.

The Islamic conservatism which was on the rise and to which a growing majority of Egyptians subscribed suffered severe setbacks.

The Muslim Brotherhood's democratic takeover quickly disappointed many of those who had voted for them.

Not only were tomorrows not rosy, but crises and shortages multiplied, enough to provoke a popular uprising led by the left, the liberals, but also the women who had seen the rights they had won with so much struggle begin to melt like snow in the sun.

A discontent recovered by the military.

Disappointment, but also repression, have pushed back Islamism.

Another earthquake came from Saudi Arabia, land of the Wahhabi ideology which had conquered the Arab-Muslim world by becoming the richest country;

provider of jobs and petrodollars.

The authorities of the kingdom have begun to lift the shackles of Wahhabism.

The most symbolic measure was the permission given to

The country of Mecca was no longer the great defender of an ultra-rigorous Islam and the authorities no longer subsidized this ideology throughout the world.

And then there was the rise of

Networks that today deal much more with social issues than with politics, a more risky area.

The emergence of a new form of feminism

A climate that has favored the emergence of a new feminism that is not modeled on the Western model as was the case for almost a century.

Nihad Aboul Qomsan founder and president of the Egyptian Center for Women's Rights is an example.

This veiled lawyer disputes the declarations of the sheikhs on the obligation of the veil.

No, women will not wear a basket

", she replied to Mabrouk Atteya, adding: "

If someone will wear a bassinet, it's Mabrouk Atteya

Aboul Qomsan filed a complaint against the telecoranist accusing him

of "incitement to violence and glorification of crime

Complaints that are starting to rain down with hundreds of people bombarding the Attorney General's site with requests for legal action against Mabrouk Atteya.

Faced with the outcry, the telecoranist declared that he was going to stop his television program and felt that he had been misunderstood even if his tongue had perhaps forked in the instantaneous.

But at the call of many subscribers on Youtube, Mabrouk Atteya returned to the charge.

Sunday evening, he announced that he was going to give a “

violence and legal beatings in Islam

To read: In Egypt, social networks fight against violence against women