[Friendly economy] Stock price plummeting, is now the time to buy? "Do nothing"

It's friendly economy time. Today, I will be with reporter Han Ji-yeon. The stock market is going down a lot these days. However, if you look at the related articles, you will find that it is a counter-trading. 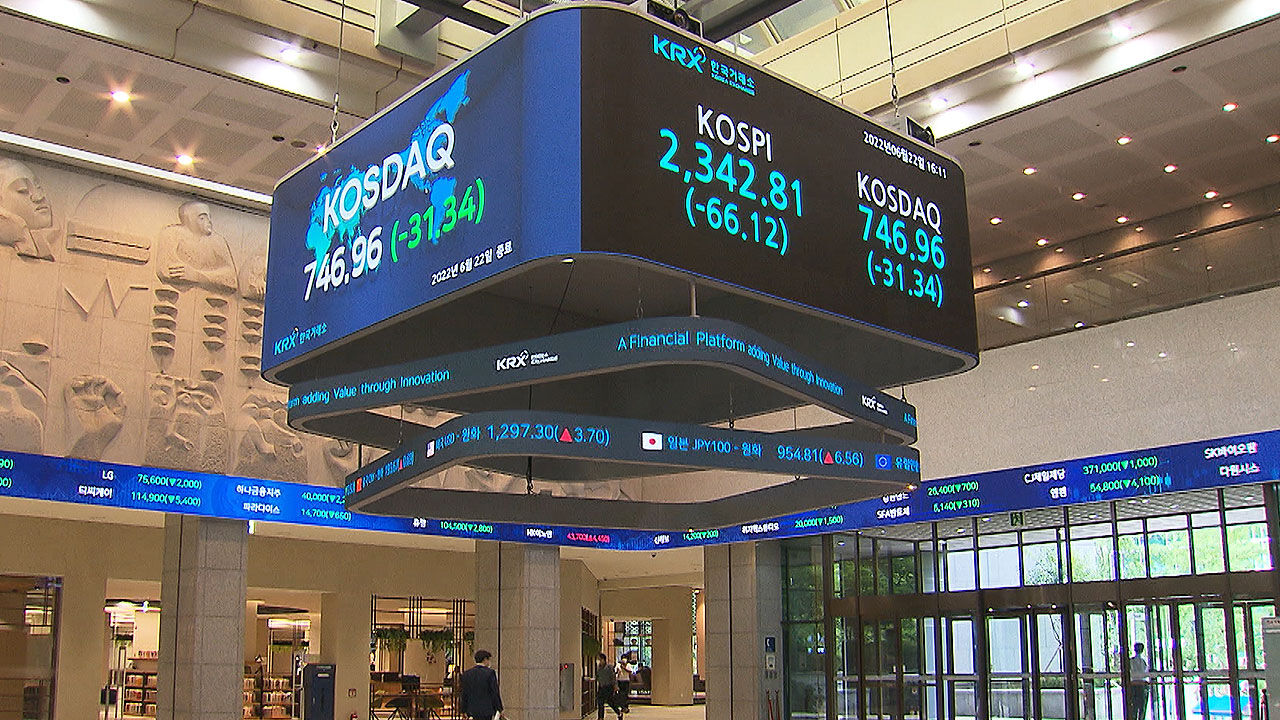 Today (24th) I will be with reporter Han Ji-yeon.

The stock market is going down a lot these days.

However, if you look at the related articles, you will find that it is a counter-trading.

As counter-trading increases, the stock market is pushing the stock index further down.

There are expressions like these, but first of all, please explain what they mean.

Yes, once the number of counter-trading that securities companies forcefully sell increases, it is equivalent to increasing the number of 'malicious items', which puts downward pressure on the stock market.

Let me explain the concept of counter-trading.

When you take out debt with a brokerage company, that is, buy stocks with a credit loan, you usually need to keep the collateral ratio at 140%.

However, if the stock falls below this level, the shortfall must be filled.

If you fail to do this, the stock is forcibly sold by the securities company two trading days later.

This is called counter-trading, and since it is usually made at an amount 20-30% lower than the previous day's closing price, of course, the stock price has no choice but to fall further.

Not only yesterday, but the day before yesterday, the stock market was bad.

The number of accounts lacking collateral at the three domestic securities companies was 12,000, an 11-fold increase from the beginning of this month.

Oh my, so there's a good chance the stock market isn't very good today, isn't it?

Is there a time when counter trading takes place?

Yes, to start with, you have to be careful at 9 am, 10 am, and 2 pm. First of all, there is a counter sale at 9 am that takes place at the same time as the opening.

If you borrowed money from a brokerage company and didn't pay it back on time, and you ran out of collateral the day before, you would start counter trading at 9 am today.

At 10:00 a.m., counter-trading takes place against transactions that only pay for profit based on price fluctuations.

At 2 pm, the reverse sale of the stock purchase fund loan borrowed from a savings bank or the like will occur.

After 3pm, investors often sell their holdings to raise money to avoid cross-trading the next day.

Please note that volatility may increase for each of the time periods mentioned above.

It seems that people who invest in stocks these days are really worried.

How are the experts now advising on what to do next?

Now, people who are buying more water because they think it's going to be the bottom now burns their stomachs.

I'm also very frustrated, but now the expert opinion is, "Do nothing and hold on."

First of all, Shinyoung Securities said that the longer the stock is held for up to 5 years, the lower the probability of loss.

No matter how difficult the market is, it is very rare that it lasts more than 3 years, and even if you buy stocks at mid- to long-term highs, it is not too much to be optimistic about 4 to 5 years, usually 3 years.

To put it simply, it means that it will end someday, so hold on.

In addition, while taking a portion of cash as a short-term deposit product, experts advise to wait a little longer to see where the bottom is and then buy in installments focusing on 'value stocks'.

Stocks are stocks, but the exchange rate market is also fluctuating.

Yesterday, I saw that the won-dollar exchange rate was over 1,300 won.

It is said that this is the first time since the financial crisis in 13 years, but the exchange rate of 1,300 won will continue.

Did you say that such a prospect came out?

Yes, there has been an evaluation that the 1,300 won/dollar exchange rate will become the new normal, that is, a new standard.

Exchange rate volatility is expected to increase for some time in the future due to high inflation, intense US austerity policy, and the Ukraine war.

The U.S. Federal Reserve signaled that it would go a giant step in raising the key interest rate by 0.75 percentage points in July.

There is a growing possibility that Korea's base rate will be inverted.

If this happens, foreign funds will inevitably flow out further due to the weakening of the won and the strengthening of the dollar.

Also, since the 1,300 won line, which is a strong psychological resistance line, has been breached, there are many prospects that it could rise to 1,350 won.