[Smart View America] Wall Street giants and economists can't sit still, what happened in the United States?   Zhongxin Finance, June 15 (Shen Jincheng Gong Hongyu) In the past week, the US economy can be described as "alarm" frequently. Inflation data hit a new high in May, U.S. stocks continued to plummet, and the S&P 500 fell into a technical bear market.   Under multiple attacks, economists p 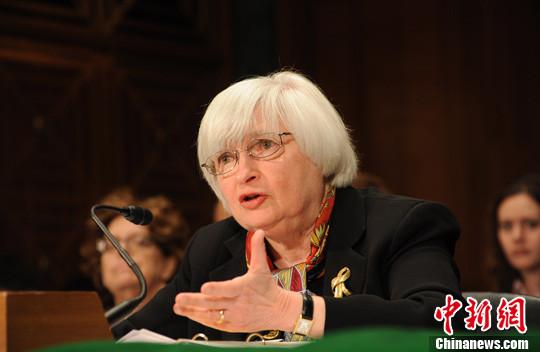 Zhongxin Finance, June 15 (Shen Jincheng Gong Hongyu) In the past week, the US economy can be described as "alarm" frequently.

Inflation data hit a new high in May, U.S. stocks continued to plummet, and the S&P 500 fell into a technical bear market.

Under multiple attacks, economists predict that the "collapse" of the U.S. economy continues to hit.

And U.S. Treasury Secretary Janet Yellen has been trying to quell fears of a possible recession.

"Consumer spending is very strong, investment spending is solid. There is no sign that a recession is brewing," she said recently.

Former US Treasury Secretary: US economy 'very likely' to enter recession in next two years

Larry Summers, who served as Treasury secretary in the Clinton administration and economic adviser to President Obama from 1999 to 2001, warned on the same day that the U.S. is likely to be in the next two years, according to a report by Newsweek on the 12th. into an economic recession.

High inflation has fueled economic worries for millions of Americans in recent months, and economists don't expect the problem to go away anytime soon.

There are warnings that economic conditions are likely to deteriorate over the next few years.

In response to Yellen's insistence that the U.S. economy is not at risk of recession, Summers disagreed.

He explained that periods of high inflation and low unemployment in the U.S. are "almost always" followed by a recession within the next two years -- and he thinks this time is no different.

"There's definitely a risk of a recession next year. Given where we're at, there's a good chance we're in a recession within the next two years," Summers said.

Coincidentally, on the 13th local time, Morgan Stanley CEO James Gorman (James Gorman) warned at a financial conference held by a bank in New York: "As the Federal Reserve fights inflation more aggressively, the possibility of a US recession is increasing. rise."

"It's possible that the U.S. is in a recession, and I used to predict a 30 percent risk of recession, and now I'm raising that probability to 50 percent," he said.

Gorman analyzed that the Fed waited too long to raise interest rates, which gives the Fed less leeway when a recession begins.

He discussed the risk of a recession with his internal committee last fall when U.S. inflation continued to beat expectations.

However, he also mentioned that the United States is unlikely to fall into a deep or prolonged recession at this stage.

"The Fed will eventually get inflation under control, but it's going to be bumpy."

In addition to Gorman, executives or economists of many leading Wall Street institutions have expressed pessimism about the prospects of the U.S. economy.

For example, JPMorgan Chase chief economist Feroli pointed out to the media that long-term inflation expectations have risen to a surprising extent; Lloyd Blankfein, former CEO of Goldman Sachs, said in an interview with CBS News that the United States The economy is facing a "very, very high" recession risk; Wells Fargo CEO Charles Schaff also said that the U.S. economy is difficult to avoid a certain degree of recession, rising interest rates mean that the economy must slow down, and the U.S. economy has a soft landing. difficult to achieve.

Data map: A supermarket in the United States has set up glass partitions between cashiers and customers in the checkout area to prevent mutual infection.

Why is the U.S. economic outlook "splashed with cold water" by Wall Street?

In fact, before the May inflation data was released, some economists had predicted that the Federal Reserve could successfully implement an aggressive interest rate hike plan and not drag the United States into a recession.

Mike Wilson, chief U.S. equity strategist at Morgan Stanley, said in a podcast on the 13th that the Fed’s policy of raising interest rates to fight inflation would make sluggish consumer confidence a key risk to the U.S. stock market and economy. The combination of sluggish confidence Friday's CPI data will put the Fed on a hawkish path in fighting inflation.

Multiple analysis points out that the aggressive rate hike strategy of hawks will undoubtedly shrink the liquidity of the U.S. market, and the risk of recession in the U.S. economy will also rise.

When will the recession come?

According to the British "Financial Times" report on the 13th, nearly 70% of the major academic economists surveyed said that the US economy will fall into recession next year.

Only one economist thinks the U.S. economy will experience a recession this year.

Nearly 40% of the 49 respondents to a survey conducted by the Financial Times in partnership with the University of Chicago Booth School of Business from June 6 to 9 expect the NBER (National Institute for Economic Research) A U.S. recession was declared in the first or second quarter of 2019; a third believe it will be delayed until the second half of next year.