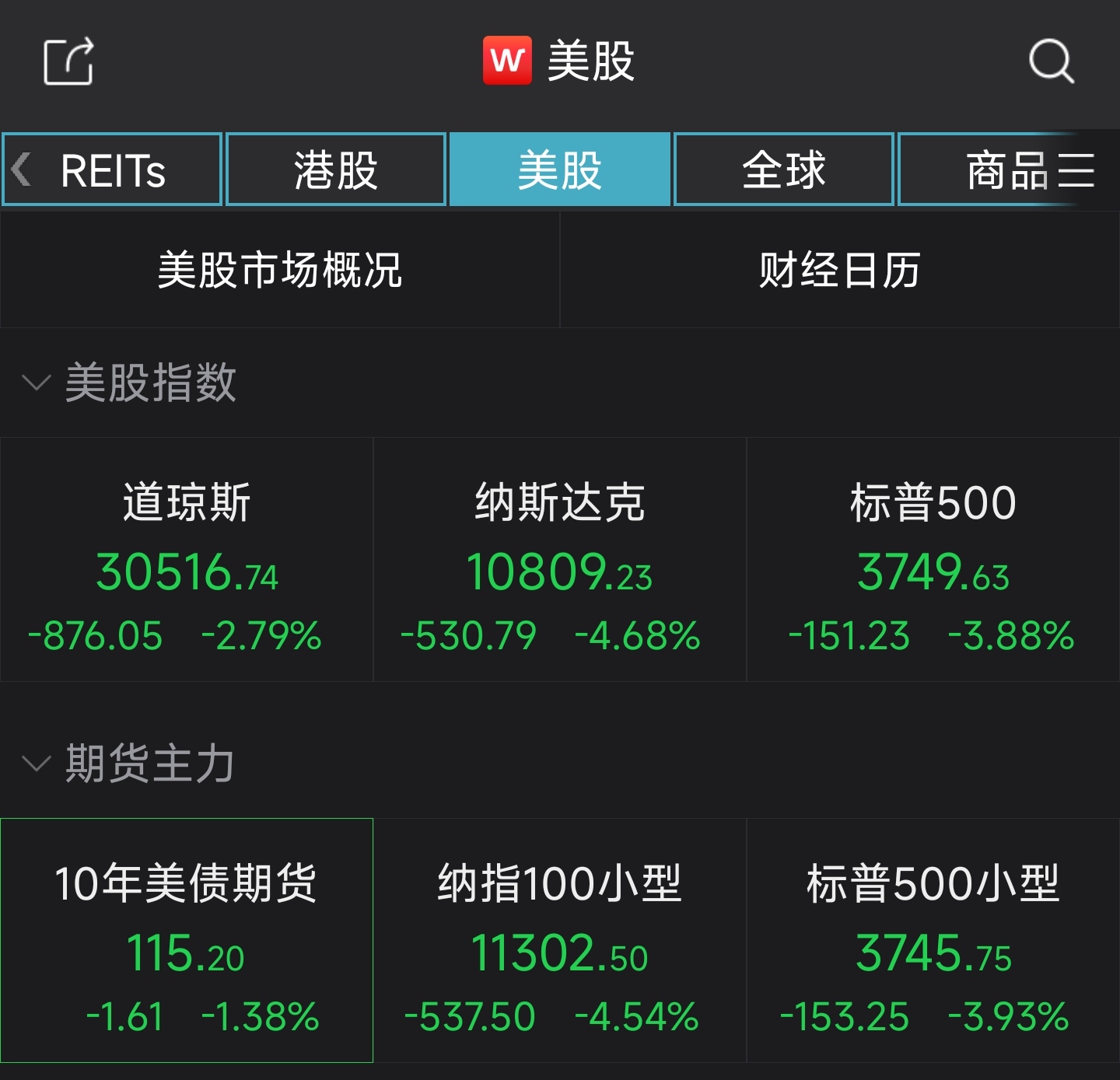 Elsewhere, Tesla fell 7.1% as the company sought a stock split, splitting one share into three.

Bitcoin fell sharply, and Bit Mining fell by more than 36%.

In terms of international gold prices, the most actively traded August gold futures price in the New York Mercantile Exchange gold futures market fell $43.7 from the previous trading day to close at $1,831.8 an ounce, a decrease of 2.33%.

In terms of economic data, according to data released by the U.S. Department of Labor on the 10th, the U.S. consumer price index (CPI) rose 1% month-on-month in May and 8.6% year-on-year. The year-on-year increase has been above 8% for three consecutive months.

The data also showed that the Fed has a long way to go to rein in soaring inflation, while the odds of a U.S. recession are increasing.

In addition, the University of Michigan recently released a report saying that preliminary data showed that the U.S. consumer confidence index fell to 50.2 in June, a decrease of 8.2 compared with May, a record low; The assessment value also fell, to 55.4 from 63.3 in May.

The report believes that the main reason for the decline in consumer confidence is that many people are worried about US inflation.

The monthly survey released by the Federal Reserve Bank of New York showed that in May, the median year-on-year growth rate of U.S. consumer inflation for the next 12 months rose to 6.6%, which was tied with the data in March. The median forecast surged to 9%, the highest since the New York Fed tracked the data.

Morgan Stanley CEO Gorman said on Monday that the risk of a recession in the U.S. economy is currently considered to be about 50%.

According to market analysis, the pessimistic data has strengthened the market's expectation that the Fed will continue to aggressively raise interest rates and even curb economic growth.

In the early morning of June 16, Beijing time, the Federal Reserve will announce its interest rate decision, and the market is expected to raise interest rates sharply again.

Barclays economists said U.S. inflation data could be at alarmingly high levels, meaning the Fed is highly likely to raise interest rates by 75 basis points this week, not 50 basis points.