Yongsan Park trial open for 10 days... Are 'toxic substances' under your feet okay?

A part of Yongsan Park, where you can see the presidential office, will be open to the public for ten days starting tomorrow. However, toxic substances are still coming out of the polluted land, causing controversy over safety. 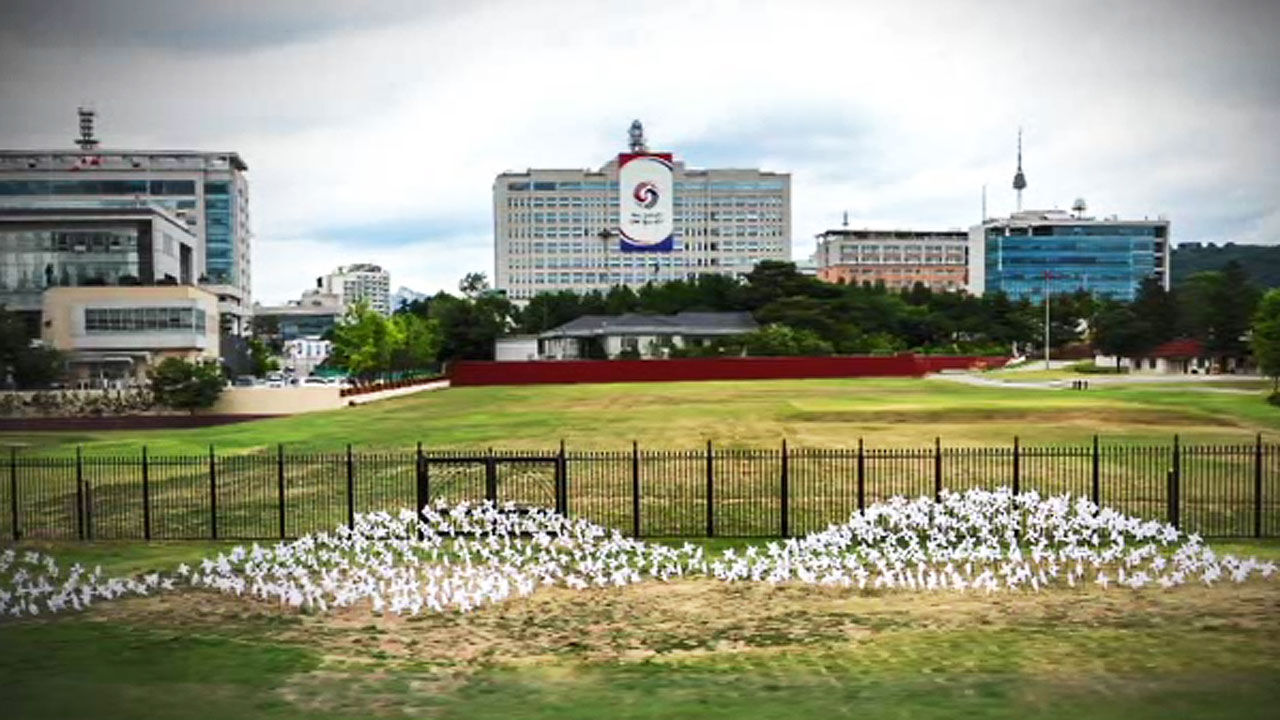 part of Yongsan Park, where you can see the presidential office, will be open for 10 days starting tomorrow (10th).

However, toxic substances are still coming out of the polluted land, causing controversy over safety.

This is reporter Kim Jung-woo's report.

first building you see as you enter Yongsan Park near Exit 1 of Ichon Station on the Seoul Subway is the General Residence.

The headquarters of the 7th Division of the U.S. Army, which received the surrender of the Japanese forces in 1945, stayed here.

From old American houses to wooden telephone poles, it preserves the 1950s as if time had stopped.

If you turn the corner twice while following the sycamore road that runs on both sides in front of the general residence, you will find an observatory where you can see the presidential office at a glance.

Part of this Yongsan Park site will be open to 2,500 people a day for ten days starting tomorrow.

You can make a reservation five days before your visit by searching for 'Yongsan Park trial opening' on the Internet, but this weekend's tickets are all sold out.

However, there are also criticisms that the opening is too hasty.

This is because they are polluted by pouring pollutants such as oil on the ground while the US military is stationed.

In the government investigation, arsenic, a class 1 carcinogen, was detected above the standard level in the ground and groundwater.

The previous government took the position that it could be disclosed only after cleaning the land for at least 7 years, but the new government took measures to reduce it, such as laying artificial turf in the contaminated area, and explains that there is no problem because the visit time is short, less than 2 hours.

[Kim Bok-hwan/Director of Yongsan Park Development Promotion Planning Team: We plan to open it with the utmost priority on the safety of visitors by planning the route, opening range, opening hours, and programs well.]

After collecting opinions through this pilot opening, the government They announced that they would reopen temporarily in September.