“Price growth has stopped”: what is the reason for the slowdown in inflation in Russia

In May, annual inflation in Russia slowed down from 17.83% to 17.1%. The rate of appreciation of goods and services has slowed down after a sharp jump in early spring. Experts attribute this to the record strengthening of the ruble and the decline in hype in the consumer market. In the coming months, additional pressure on prices will be exerted by seasonal factors, experts say. At the same time, according to Vladimir Putin, the situation needs to be carefully analyzed, since there are not only pluses in lowering the inflation rate, but also “a certain ambush”. As analysts explain, we are talking about weak domestic demand, which risks becoming a challenge for the economy. However, the indexation of social payments and the reduction of the key rate of the Central Bank can revive the activity of consumers, economists do not exclude. 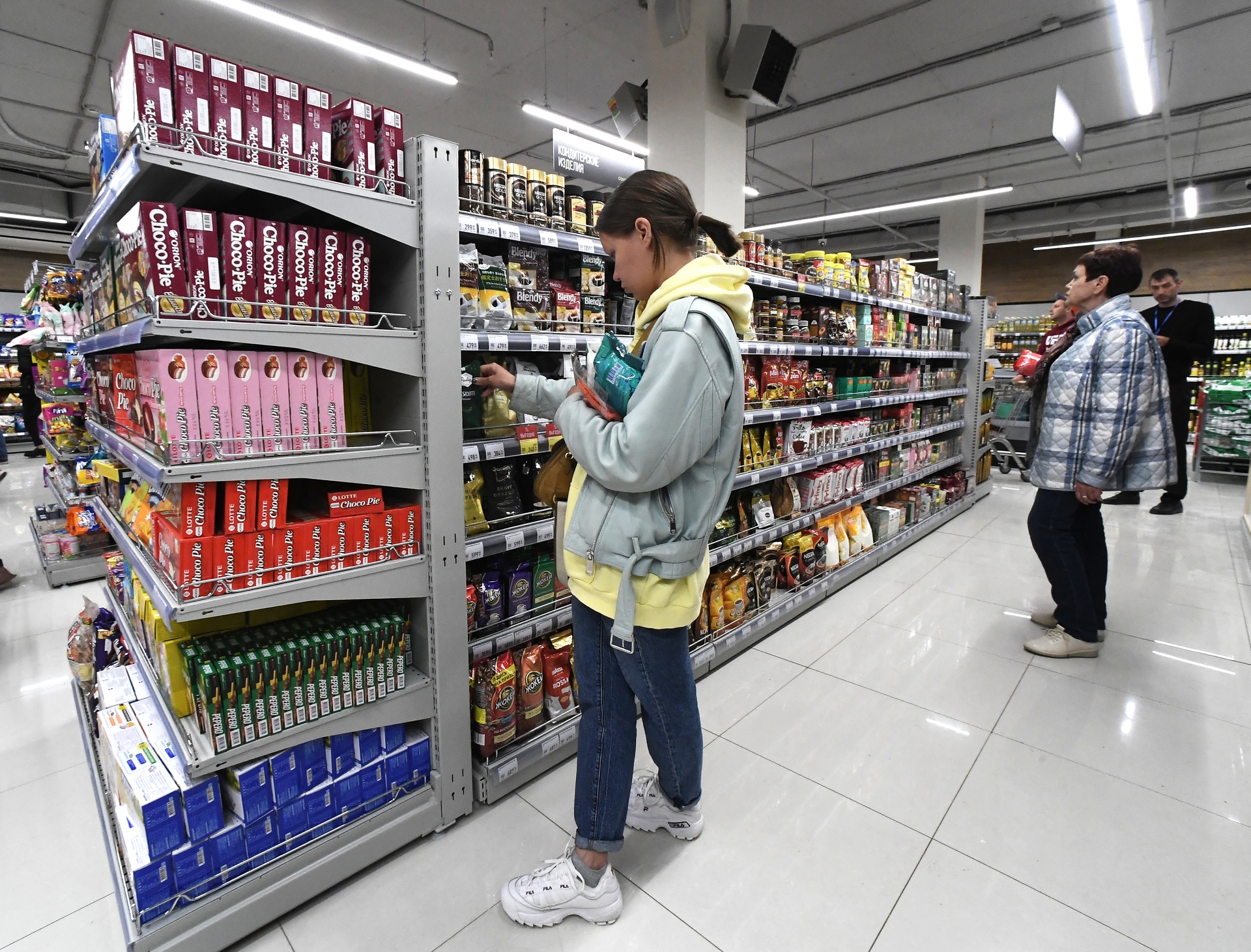 The annual inflation rate in Russia dropped to 17.1% in May.

Such figures are given in the report of Rosstat published on Wednesday, June 8.

The growth rate of consumer prices for goods and services in the country is gradually declining after a sharp jump in the first half of spring.

Then the emotional reaction of the financial market and ordinary citizens to the Western sanctions against Moscow led to a sharp increase in prices.

In March, the dollar and euro rates for the first time rose above 121 and 132 rubles, respectively, and the Russians began to massively buy food and goods.

However, already in May the situation began to stabilize due to the initiatives of the authorities and changes in the conditions in foreign trade.

At the same time, at a certain point, the indicators decreased to 55.8 and 57.1 rubles, respectively - the minimum values ​​​​over the past few years.

Meanwhile, the rush demand in stores began to fade.

According to the Central Bank, inflationary expectations of Russians and business decreased markedly in May.

Thus, the population and companies are no longer afraid of a serious rise in the cost of goods and services in the foreseeable future, experts say.

“People got over the shock from the events of March, when, against the backdrop of panic, they bought food, which led to local shortages of some goods.

The Russians saw that the store shelves were still filling up, and the ruble was strengthening.

All this reassured the citizens, ”Georgy Ostapkovich, director of the Center for Market Research at the Institute for Statistical Research and the Economics of Knowledge at the Higher School of Economics, explained to RT.

In his opinion, inflation in Russia will continue to decline in the near future.

Seasonal factors should partly contribute to this, the economist is sure.

Thus, in the summer, Russian producers of fruits and vegetables traditionally enter the market, and the volume of food imported from abroad is reduced.

“In August, when the mass harvest begins, the pressure on prices will increase, and we will probably be able to see deflation.

Such dynamics will most likely continue until mid-September, ”the specialist added.

As President Vladimir Putin said earlier, by the end of 2022, inflation in the country could slow down to 15%.

At the same time, although the situation with prices was brought under control, some risks still remain, the head of state believes.

“Starting from the second half of May, price growth stopped altogether, now (weekly. -

) inflation is at zero.

But you and I must keep this in mind: there are pluses here, there is also a certain, as the people say, ambush, so you need to analyze the situation in the most careful way and make timely decisions, ”Putin noted.

According to the latest estimates of Rosstat, for the week from May 28 to June 3, consumer prices for goods and services on average in the country decreased by 0.01%.

“The decline in demand is likely due to a reduction in real disposable incomes of the population, a decrease in the availability of credit and the transition of citizens to a savings model of behavior.

In response to weak demand, businesses may reduce prices in the short term, but strategically, they will most likely begin to reduce investment and production,” Belenkaya explained.

According to Vladimir Putin, in the current conditions, the country's leadership should stimulate the final demand in the economy, ensure the growth of citizens' incomes and provide businesses with additional support.

A number of decisions in this direction have already been taken, the President stressed.

“Since June 1, pensions and the minimum wage, as well as the subsistence minimum, have been increased by 10%, and, consequently, many social benefits and payments have also increased.

For companies in a number of sectors of the economy, a deferment is provided for the payment of insurance premiums for the second quarter of this year,” the Russian leader recalled.

In addition, the actions of the Central Bank should additionally support demand in the economy, experts say.

Recall that at the end of February, as an anti-crisis measure, the Central Bank more than doubled the key rate - from 9.5% to a record 20% per annum.

As the situation in the economy stabilized, the regulator began to ease monetary policy and has already lowered the rate to 11% per annum.

The next meeting of the Board of Directors of the Bank of Russia is scheduled for June 10.

And already following the results of their first summer meeting, the top management of the regulator may again reduce the rate, experts do not exclude.

“I think the rate will be reduced to 10% per annum.

For the economy, such a decision by the Central Bank means an increase in business activity.

Borrowed funds are becoming cheaper, which encourages enterprises and the population to take loans more actively for business development and for the purchase of goods,” Ostapkovich concluded.