Driven by the concept of the Metaverse, the NFT market continues to heat up, and it has become a trend both at home and abroad. At present, the domestic NFT industry chain has been initially formed, covering the entire chain from creation, casting to distribution and circulation, and the entry of major manufacturers and artists has become an industry booster.   It is becoming a trend for artist 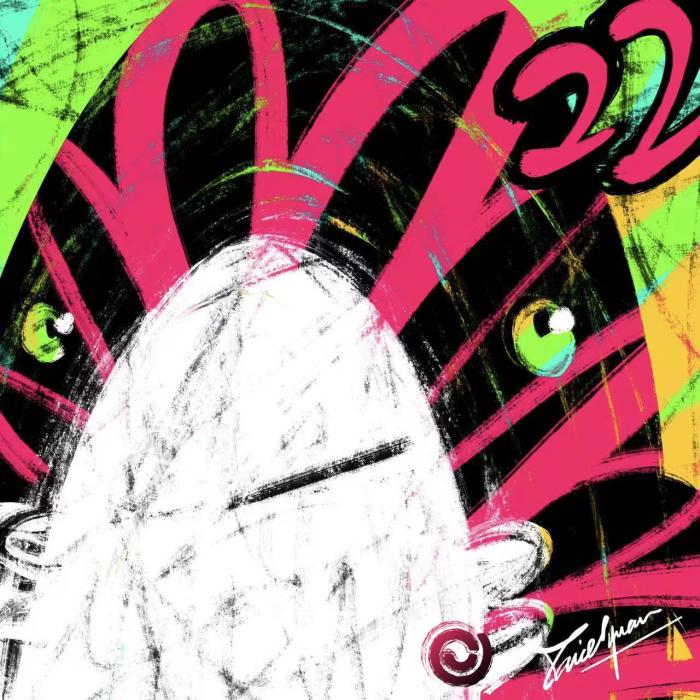 Driven by the concept of the Metaverse, the NFT market continues to heat up, and it has become a trend both at home and abroad.

At present, the domestic NFT industry chain has been initially formed, covering the entire chain from creation, casting to distribution and circulation, and the entry of major manufacturers and artists has become an industry booster.

It is becoming a trend for artists to create NFT works alone or jointly with major manufacturers. Some companies with foresight have also seized the opportunity to launch their own branded NFT works in conjunction with artists, including joint well-known companies on June 6th, the 22nd anniversary of the company. Artist and David Yuan designer David Yuan has launched Yiche, a brand of NFT avatars.

Behind this, the hope is to export brand values ​​in the digital world, enhance the connection between brands and users, or the key to enterprises' keenness to deploy NFT.

Why are NFTs so hot

The so-called NFT (None-Fungible Token) refers to the use of blockchain technology to encrypt and encode valuable things such as artworks, texts, game items, etc., and redefine a way of marking the ownership of digital assets. , to achieve authentic and credible digital distribution, purchase, collection and use.

It is a branch of the current hot metaverse, and is commonly referred to as a virtual digital collection in the Chinese context.

Due to its ability to confirm rights, enjoyment, collection value and circulation ability, and fueled by capital, NFT has become a popular target for young consumers and even celebrities.

Among them, the combination of well-known artists and NFTs has become an industry trend and even a booster.

As one of the mainstream creator groups of NFT, overseas artist groups have used NFT as a medium to expand their artistic expression experiments. For example, well-known Japanese artist Takashi Murakami announced the launch of his own NFT artwork in January this year, and cartoonist Clon also launched NFT Project Cool Cats made a splash.

In China, from 2021, some artists have also begun to test the waters of NFT, including well-known artist Yuan Zeming, etc., have launched their own NFT works, which are popular in the market.

And the brand marketing value of this has also been discovered by some foresighted companies. On June 6, the corporate brand NFT work "E-Car 22nd Anniversary Limited Art NFT Digital Collection" co-branded by Yiche and Yuan Zeming was also held at the company's celebration. The timely launch of Japan has become a microcosm of the current large-scale manufacturers' layout of the NFT industry.

Yiche is an early adopter of NFT, why is it that companies are keen to enter NFT?

Since its brand renewal in 2018, Yiche has continuously broken through the vertical boundaries of automobiles and common marketing methods. It has successively made the brand "out of the circle" through eclectic marketing methods such as festivals, brand alliances, and event marketing, and has become the leader of brand marketing. A model and a leader in the automotive Internet industry trend, this joint artist NFT is a new way to try to export brand values ​​in the digital world, reach more potential users, and connect users in new ways.

Yuan Zeming, who co-branded with Yiche, is a well-known Chinese artist and designer.

He graduated from the Academy of Arts and Design of Tsinghua University, and served as the chief designer of licensed merchandise for the Beijing Olympic Games and the design director of licensed merchandise for the London Olympic Games badges. Teacher and founder of THEGUY designer brand, the well-known artwork "Great Ape" is one of its classic masterpieces.

The brand NFT work "22nd Anniversary Limited Art NFT Collection of Easy Car" jointly designed and launched by the two parties is artistically processed and designed with the mascot of Easy Car brand "Easy Xiaosha" as the prototype. The overall avatar reflects the youth of Easy Car brand. , The cool image also contains Yuan Zeming's creative rules of caring about the emotions of living bodies, and has strong artistry and appreciation and collection value.

It is reported that the NFT avatar is limited to 66 pieces globally and has been released on the Tencent Magic Core.

At the same time, in order to commemorate the 22nd anniversary of the company, Easy Car also simultaneously launched a limited edition trendy play Yi Xiaosha electroplating doll. The doll with metal texture and space shark shape is full of the brand's sense of technology. Together with the NFT avatar, it has become the dedication of Easy Car on the company's celebration day. A metaverse "fresh food" for users.

In fact, it is not only easy to car, the unique marketing value of NFT in the digital world is being valued by major brands.

Therefore, the NFT industry has attracted companies from various fields to enter the market, including Internet giant Tencent, luxury brand GUCCI, and sports brand Adidas have all launched their own NFT works. They all hope to use NFT to catch a ride in the Metaverse and master brand connections. The key to the future digital world.

It is not difficult to understand why Yiche has also launched its own brand NFT avatar in a timely manner in the near future.

Starting from this, Yiche may make more layouts in the NFT field, thus setting off a new wave of trend of the automotive Internet industry.