The rise in prices in the supermarket condemns Spanish families to have to spend much more for the same. Only in food -food and drinks purchased in the... 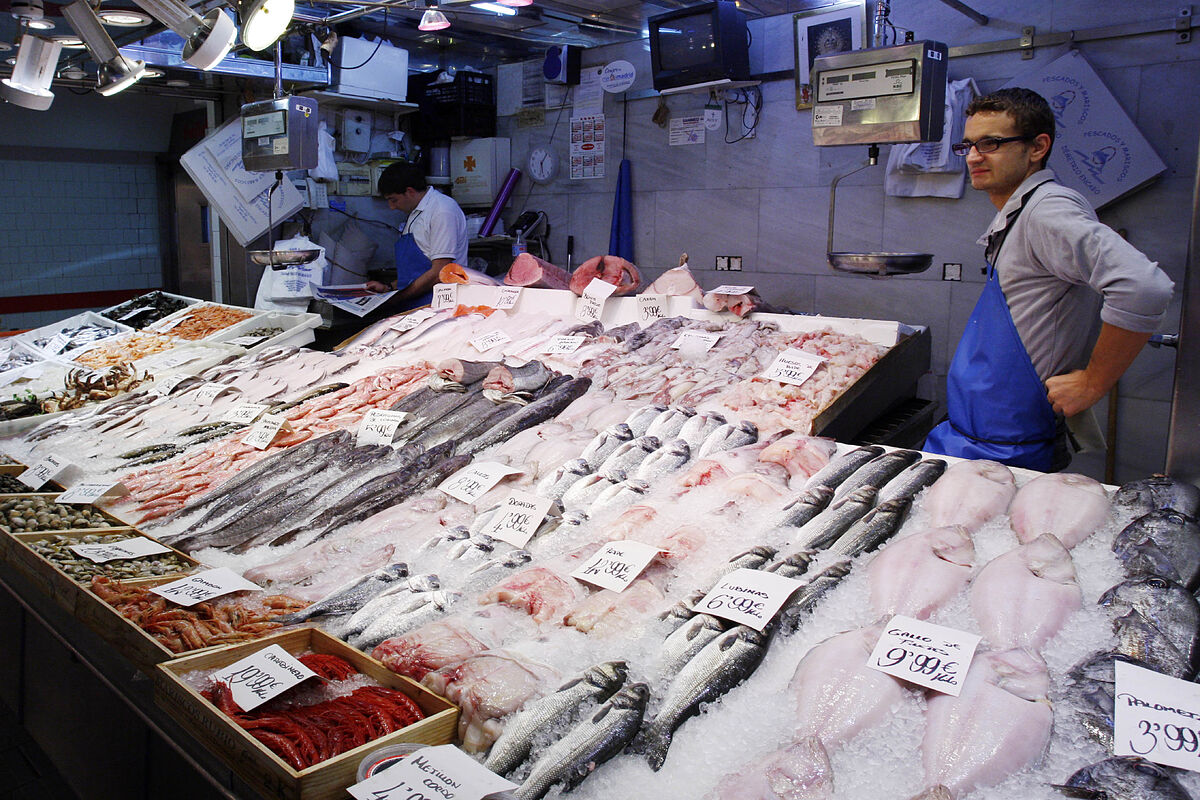 condemns Spanish families to have to spend much more for the same.

-food and drinks purchased in the purchase-, each person will spend this year

if they buy the same products as last year.

For households of two people, the cost goes up by 400 euros, and for large families of five, for example, 1,000 euros more will be needed.

This is the conclusion reached by

in its latest report on the

impact of inflation on consumption

, although it warns that "

the worst is yet to come

The notice comes because although the

, for its acronym in English), the producers have not yet passed on all this increase in their final prices.

This insurer notes that

European households spend between 12% and 25%

of their total consumption on shopping at the

The proportion is higher the lower the income of each country.

ranks twenty-fifth in the Eurostat average net income per household classification, it is assumed that it

is one of the countries with the lowest income

compared to the rest - the Eurozone average is 20,730 euros per household and in Spain it is at 16,043 euros- and that, therefore,

dedicates a greater proportion of its consumption to food.

The proportion, in turn, varies within each country, being even higher in the

This is the reason why the poorest families have to bear a higher rate of inflation, because they dedicate more resources to basic needs such as paying the energy bill or buying food.

"For some households, more expensive food will only affect their ability to save, for others it

will be a challenge to meet vital needs

Food prices are rising because producers'

Past experiences of high inflation show that sellers end

up passing on increases of up to 75%,

If sellers transferred 100% of the increase, prices would rise by an average of 13% in the year.

In Europe, on average, the additional cost will be

Precisely, this is an option that has already been proposed in Spain by

the Economic and Social Council,

which, when presenting its 2021 Annual Report last Wednesday, asked the Government for a similar aid for the Minimum Vital Income to compensate for the impact of increases in prices in households with less income.

contain the impact of inflation

new policies could be included.

The sellers have not transferred even half of the costs

To date, the Consumer Price Index (

In May, prices rose by 8.7% in year-on-year terms, according to data advanced by the INE, and

, the largest increase since

Even so, Allianz experts warn that "

the worst is yet to come for European households

", because "food prices are far from reflecting the rise in the price of raw materials that has occurred in the last 18 months ".

Since the beginning of 2021, food and beverages in Europe have become more expensive by 14%, with very striking increases in daily consumption products such as

on average on the continent),

Despite the fact that these raw materials have suffered this increase, supermarket labels have experienced an average

"This means that sellers have not passed on even half of the cost increase yet."

The rise in food prices has been exacerbated by the

On the one hand, the rise in energy prices continues its upward path as

are approved on Russian oil and gas, since these automatically make both energy sources more expensive.

both Russia and Ukraine are exporting countries of cereals

, grain, agricultural products and fertilizers, products that have ceased to be on the market, which has caused a rise in the price of their substitutes and of the final products that used them as intermediate goods. .

estimates that had already been collected by this means, inflation will affect the pockets of households directly, subtracting

This means that if all Spaniards maintained their 2021 consumption level this year -not only in food, but also in leisure, clothing, transport, housing costs, etc.- they would have to pay 800 euros more per capita.

Of these, at least an additional 200 euros will be used to satisfy basic vital needs.