Yolanda Díaz, Vice President and Minister of Labour, has appeared today in Congress to take stock of her reforms and outline what changes she will propose in... 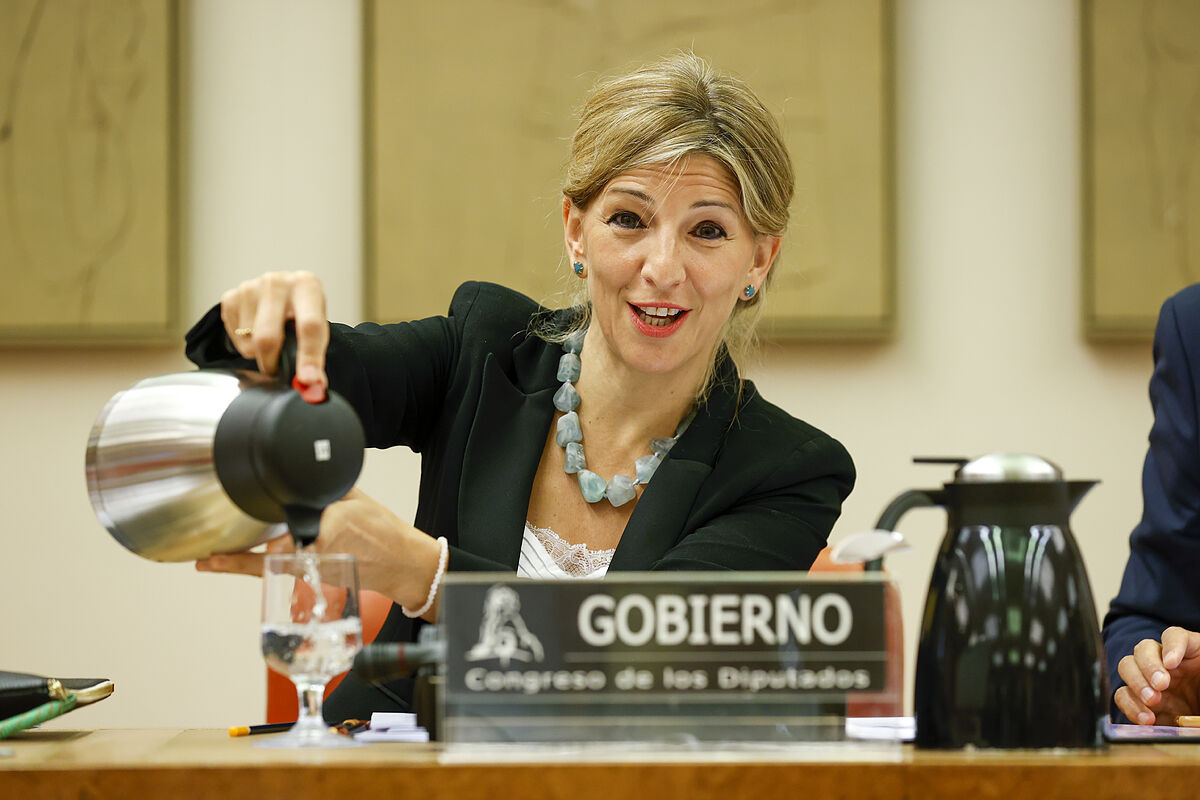 Yolanda Díaz, Vice President and Minister of Labor, has appeared today in Congress to take stock of her reforms and to propose what changes she will propose in labor matters in the rest of the legislature.

She has done it on the day that the number of unemployed has fallen behind three million for the first time since 2008, which has earned her the electoral criticism of the political parties present in the Labor Commission.

Díaz has raised the tone of his speech by referring to two matters: the criticism made today by the president of the PP, Alberto Núñez Feijoo, regarding the quality of the jobs that are being created and, on the other hand, the analysis and economic proposals that launched yesterday

by Pablo Hernández de Cos, Governor of the Bank of Spain.

), I am surprised that the Governor of the Bank of Spain (Hernández de Cos) does not know how to differentiate between employment and contracting and this it is quite serious", he stated, to later disavow the opinion of the body: "

if an institution like this does not know how to discern that, it is that we are not very well but we will do the pedagogy that is necessary".

Díaz has continued his confrontation with Hernández de Cos by also pointing out that his speech is not based on data or "science" and that "he takes sides with political options."

To complete her response to the Governor's speech, the Vice President continued with the Bank of Spain's request that the executive reconsider the revaluation of benefits with the CPI.

"We are going to revalue them according to the law with the real CPI", he has promised. "That institution should know that it is a tiny percentage of those who have the maximum pension. earns SMI is like this and that a pensioner who earns a lot of money is not harmed is not supported by the data... His considerations are not subject to the rigor of the data and are subject to biases of another type that are not convenient in the Banco de Spain," Diaz said.

The vice president has continued to make differences with Governor Hernández de Cos, ruling out that wages are the "causes" of inflation in Spain and has stressed that there are "margins" for companies to be "co-responsible".

In her opinion, in a country with very low incomes, wage moderation (making wages grow below inflation) would cause greater poverty in workers and depress the economy.

"I do not agree with the salary moderation strategy", she assured before confirming that the income pact proposed by President Pedro Sánchez last April to companies and unions has been a failure.