Zhongxin Finance, June 1 (Reporter Xie Yiguan) "June 1st" Children's Day is here, do you think only children are there? No, no, big friends are more attentive.   "'61' is my 'legal' holiday as a child, and it doesn't matter who stops me." "Only '61' can I enjoy the joy of being a child."   A group of adults are looking forward to the arrival of "June 1st" Children's Day and "paying for" their 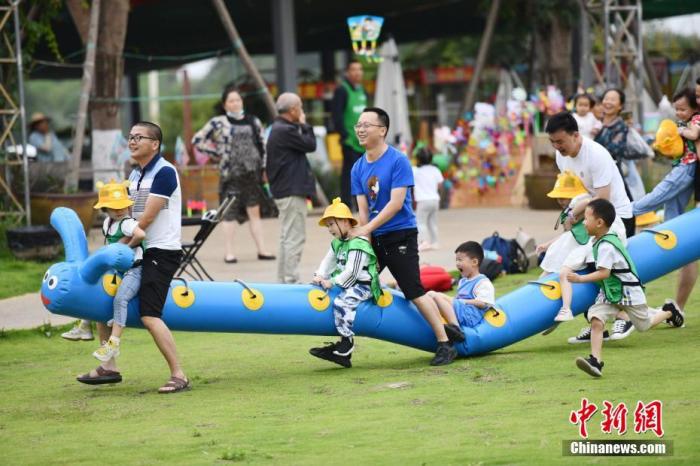 Zhongxin Finance, June 1 (Reporter Xie Yiguan) "June 1st" Children's Day is here, do you think only children are there?

No, no, big friends are more attentive.

A group of adults are looking forward to the arrival of "June 1st" Children's Day and "paying for" their happiness.

How enthusiastic adults are for toys on the Children's Day on June 1st can be seen from the recent explosion of Da Duck.

It was originally a toy included in the KFC Children's Day package, but it captured the hearts of many big friends.

"This thing is too childish for children, but just right for adults." "This 'June 1' Children's Day, I just want a Duck."

Xiaoyu, who is currently working in Haidian, Beijing, is one of them. "I always wanted to reach the duck, but unfortunately I didn't buy it. In the end, I just ate a set meal."

Recently, under the strong purchasing power of adults, this children's day's hottest toy has been out of stock.

On May 24, a reporter from Zhongxin Finance and Economics consulted a number of KFC stores in Beijing, and the clerks all said that the Duck toys in the store were sold out.

Since then, KFC has reported replenishment news, but on the morning of May 31, the reporter logged into the KFC APP and found that this Children's Day package with oversized toys was not available in many stores in Beijing.

With no more ducks left, Xiaoyu, who is disappointed, can only turn her attention to other things.

At the same time, a group of young people are eyeing the "Children's Cartoon Astronaut Helmet" recently launched by McDonald's and China's lunar exploration project.

Although it is also limited to Children's Day, some netizens commented, "It's just right for people in their twenties."

On May 31, when the reporter logged in to the McDonald's APP to check, he found that the product was sold out.

Xiaoying, who lives in Zhengzhou, Henan Province, is about to buy a building block. "I didn't play it when I was a kid, so let's have fun now."

Not only buying toys, there are many ways for adults to celebrate Children's Day on June 1st, go out to eat a big meal, buy a desired item, or buy a bunch of nostalgic snacks to sit down and eat slowly.

When the "61" Children's Day and the "6.18" shopping festival collided, some netizens ridiculed, "The sense of ritual for adults to celebrate Children's Day starts from paying the final payment."

"Taking advantage of the discount on '6.18', I just took a fancy to a computer. Who would have thought that this year's 'June 1' gift would be it." Xiaoyu said.

Why do adults start to be enthusiastic about Children's Day?

"With the acceleration of modernization and urbanization, adults have to celebrate every festival, which is an important trend of festival consumption in recent years." Some researchers said.

(Picture and text are irrelevant) Photo by Guo Jia

In a chain flower shop in Beijing's Fengtai District, the merchant specially launched a snack bouquet as a gift for Children's Day.

"Basically, young people come to buy. It's approaching '61'. These limited products have been selling well recently." The merchant told reporters.

On the e-commerce platform, there are also many merchants who have launched the "June 1" snack gift package.

Some toy products are also packaged by the merchants, with the "label" as a gift for girlfriends and girlfriends on Children's Day.

Screenshot from an e-commerce platform.

How are you spending this Children's Day?

Did you buy anything?