The property market policies in many places have "changed their minds", and a bottom line has been found

Zhongxin Finance, May 27 (Zuo Yukun) Withdraw, withdraw!   Recently, there have been frequent new policies in the property market, but when everyone can't wait to see how the "curative effect" is, some cities quickly canceled the relaxation policy. The New Deal, which should have been prudently regulated, has "changed its mind"? Data map: A moment in the morning in Nanjing. Photo by Yang Bo N 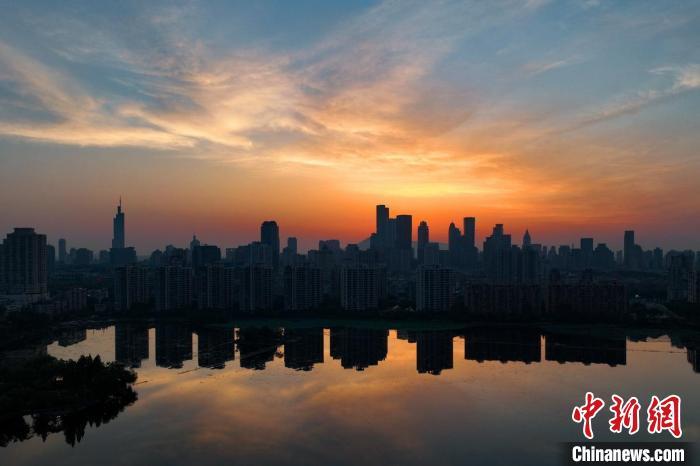 Recently, there have been frequent new policies in the property market, but when everyone can't wait to see how the "curative effect" is, some cities quickly canceled the relaxation policy.

The New Deal, which should have been prudently regulated, has "changed its mind"?

Data map: A moment in the morning in Nanjing.

According to the statistics of the Central Plains Real Estate Research Institute, this year, nearly 150 cities across the country have introduced real estate policies, and the monthly blowout from April to May has set a new historical record.

Among the cities that have recently introduced new policies for the property market, Nanjing is one of the most concerned.

Of course, what attracts attention is not only the strength of the policy, but also the length of stay from when the policy is introduced until it is called off.

"Since May 20, Nanjing residents and non-resident residents of the city do not need to provide proof of purchase when purchasing second-hand housing." After fine-tuning the new housing market 6 times within a month, Nanjing will relax the regulations. The target is aimed at the stock market.

But just about two hours after the "official announcement" of the new policy, the Nanjing Housing Association's WeChat public account, which published the article, deleted the article, and the policy of "removing purchase restrictions on second-hand houses" was immediately suspended.

"We have also seen relevant articles, but the Nanjing Housing Association is only an industry association, and the content it publishes is not official." The relevant person in charge of the Nanjing Housing Security and Real Estate Bureau told the media that they are currently buying second-hand houses in the restricted areas of Nanjing. Proof of purchase is still required.

Yan Yuejin, research director of the Think Tank Center of E-House Research Institute, believes, "From the perspective of second-hand housing, migrants can buy houses without restrictions, which may lead to a new round of speculation and even increase the demand for real estate speculation."

"Nanjing's cancellation of the purchase restriction on second-hand housing is intended to stimulate the recovery of the new housing market through active second-hand housing transactions, but it may trigger the phenomenon of investment speculation, which is contrary to the state's requirement of 'housing to live without speculation'." Guangdong Province Housing Policy Research Li Yujia, a senior researcher at the center, also thinks so.

Wuhan, the largest city in central China, has recently attracted a wave of attention due to its twists and turns of new regulatory policies.

Since then, the Wuhan Economic and Technological Development Zone has completely cancelled the housing purchase restriction policy, and this news has also quickly entered the hot search.

But similar to Nanjing, the Weibo of Wuhan Economic and Technological Development Zone was deleted for a while after it was published, causing many speculations.

Finally, on the afternoon of the 22nd, the "Wuhan Economic and Technological Development Zone" Weibo announced the cancellation of the purchase restriction again, and the content was consistent with the previous Weibo.

Later, according to media reports, the Wuhan Economic and Technological Development Zone actually implemented the cancellation of the purchase restriction.

An employee of the real estate case field in the Wuhan Economic and Technological Development Zone told Zhongxin Finance that he was in charge of a "lake view room" real estate that was relatively close to the subway entrance, shopping malls and hospitals, and the apartment type was relatively simple. After the release, the number of customers who came to the sales office to see the house did increase.

"The withdrawal during the period may be related to the market's overreaction to policy relaxation," Yan Yuejin believes, but this does not deny that the policy is to be relaxed. At least from the perspective of Wuhan, the policy released that afternoon indicates that the policy remains loose-oriented.

Lu Wenxi, chief analyst of Shanghai Centaline Real Estate, mentioned that after the news of the release of purchase restrictions in Nanjing and Wuhan was released, the market reaction was particularly large, which made it difficult to control public opinion.

Moreover, the revocation of the purchase restriction was suspected of allowing "real estate speculation", so it was once withdrawn.

is relaxed, but the "housing, not speculating" remains unchanged

In a hurry to relax, and in a hurry to cancel, what are Nanjing and Wuhan in such a hurry?

From the data, you may have a glimpse of one or two.

According to statistics from Kerui, the transaction area of ​​second-hand housing in Nanjing in April was 520,000 square meters, a decrease of 60.9% from the same period last year.

In terms of prices, data from the National Bureau of Statistics shows that in April, the price of second-hand housing in Nanjing fell by 0.6% month-on-month, which is also the seventh consecutive month in Nanjing. mean.

However, under the regulation, in the opinion of experts, there is a "high-voltage line" that cannot be touched, that is, "housing and not speculating."

"The bottom line of the regulation policy should have an upper line and a lower line. The lower line means that house prices cannot fall sharply and cannot cause systemic financial risks. The upper line is 'housing and not speculating', real estate cannot be used as a short-term stimulus, and house prices cannot rise sharply. The level of leverage cannot be greatly increased." said Xu Xiaole, chief market analyst at Shell Research Institute.

"The city-specific policies cannot be separated from the positioning and direction of 'housing, not speculating', let alone real estate as a tool and means to stimulate the economy in the short term." According to Feng Jun, president of the China Real Estate Association, the key in the future is to continue Implement the long-term mechanism for real estate, maintain the continuity and stability of regulatory policies, and enhance precision and coordination.