Risk insurance: why China began to reduce investments in US public debt after blocking Russian reserves by the West

The changeable international situation has not affected relations between Russia and China, said Chinese Foreign Ministry spokesman Wang Wenbin. At the same time, as the head of the Russian diplomatic department, Sergei Lavrov, noted, as long as the West takes the position of a dictator, economic ties between Moscow and Beijing will grow even faster. According to experts, under the sanctions, the Russian-Chinese trade turnover may set a new record in 2022. The Asian republic is actively increasing the import of energy resources and food, as well as strengthening partnerships with businesses from the Russian Federation. Meanwhile, the blocking of Russian reserves by the United States has become a signal for the PRC, experts say. Beijing has reduced investments in US public debt to a minimum in 12 years and may increase investment in Russia to save money, analysts do not rule out. 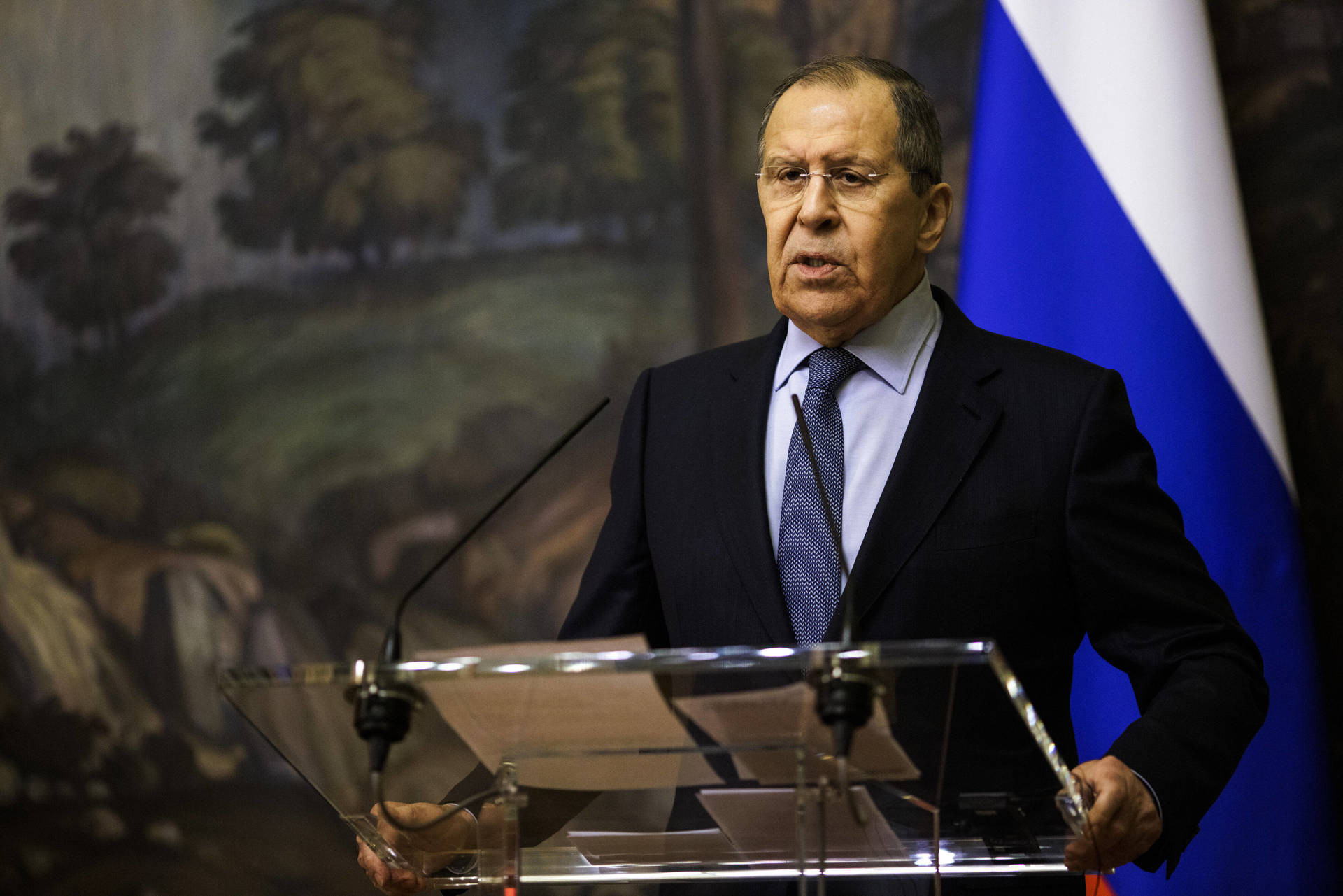 Russian-Chinese relations have withstood the new tests of a volatile international environment and at the same time have always maintained the "right direction of progress," Chinese Foreign Ministry spokesman Wang Wenbin said on Tuesday, May 24.

“Cooperation between China and the Russian Federation has a significant internal driving force and independent value, it is not directed against third parties and is not subject to outside influence,” the diplomat was quoted by TASS as saying.

According to him, in the future, Moscow and Beijing will continue to promote the idea of ​​a multipolar world and oppose hegemony and bloc confrontation in international relations.

A similar position was voiced the day before by Russian Foreign Minister Sergei Lavrov.

“We have a long border with the People's Republic of China and common interests in upholding the principles of justice and multipolarity in international affairs.

There is an economic mutual benefit.

Now that the West is taking the position of a dictator, our economic ties with China will grow even faster,” Lavrov said as part of the Primakov Gymnasium’s “100 Questions to the Leader” project.

It should be noted that in the first four months of 2022, the trade turnover between Russia and China increased by 25.9% compared to the same period in 2021 and reached $50.09 billion. Such data are provided by the General Customs Administration of the PRC.

According to the agency’s assessment, in 2021, the volume of mutual trade between Moscow and Beijing for the first time exceeded $147 billion. At the same time, this year the figure may again set a new record and reach $169-176 billion, says Alexei Maslov, director of the Institute of Asian and African Countries at Moscow State University.

As the expert noted, the observed dynamics is partly due to increased energy prices.

Although, for example, Russia sells its oil to China at a discount, from January to April, the monetary volume of its supplies increased by more than 40% year-on-year, to $17.1 billion. In addition, against the backdrop of Western sanctions against Moscow, Beijing began to actively purchase and Russian agricultural products.

“Now, in addition to grain, we supply the country with finished products from it, such as sweets.

Also, components for the creation of cosmetics go to China.

The geography of deliveries has also expanded: now our goods reach both the central and southern parts of the country, and not only the regions bordering Russia,” Maslov added.

In addition, according to the expert, Russia and China are building up partnerships at the business level, in the field of security and transport, and are also strengthening investment cooperation.

For example, Beijing is interested in investing in Russian infrastructure projects, the automotive industry and the pulp and paper industry.

In addition, cooperation in the financial sector is being strengthened, said Natalya Milchakova, an analyst at Freedom Finance Investment Company.

“The People's Bank of China did not participate in the blocking of Russia's gold and foreign exchange reserves, and now the Central Bank of the Russian Federation is gradually increasing the share of Chinese yuan in its reserves.

In the future, this partnership will only grow stronger, ”the RT interlocutor suggested.

Recall that since the end of February 2022, the United States, the European Union and a number of other states continue to impose new sanctions against Russia.

In total, over the past three months, unfriendly countries have already introduced about 7.8 thousand anti-Russian restrictions.

At the same time, more than 10,500 restrictive measures are now in force against Moscow - more than against Iran, Syria, North Korea, Venezuela, Myanmar and Cuba combined.

This is stated in the materials of the global sanctions tracking database Castellum.AI.

At the same time, many international companies announced their withdrawal from the Russian Federation, and almost half of the country's gold and foreign exchange reserves (worth $300 billion) were frozen.

It is curious that after the unprecedented blocking of Russian gold reserves by the West, China has significantly reduced investments in the US public debt.

This is evidenced by data from the US Treasury.

As follows from the materials of the department, in March 2022, Beijing's total investment in United States treasury securities (treasuries) decreased by more than $15 billion to $1.04 trillion.

The value was the lowest since June 2010.

States buy securities and receive a stable income from them.

In other words, government bondholders lend their money to the American economy.

China began to systematically reduce investments in US public debt back in 2019.

Then, against the backdrop of a trade war with the United States, China ceded to Japan the status of the largest holder of US government bonds.

At the same time, experts do not exclude that Beijing will be more active in withdrawing its funds from treasuries.

“Before, China regarded the US government debt as an effective investment tool, but now it is reconsidering its position due to the threat of losing money.

Beijing sees that Washington is using the blocking of funds as leverage on those countries whose policies the US does not agree with.

According to him, China's fears may be related, among other things, to the aggravation of the Taiwan issue.

In recent months, the United States has been expanding military and political support for Taiwan, and on May 23, the head of the White House, Joe Biden, announced his readiness, if necessary, to use troops to assist the island territory.

Beijing, in response to this, strongly protested the United States.

As emphasized in the PRC, the issue of Taiwan's status is a purely internal matter of China, which will not tolerate interference from any external forces.

Under the circumstances, the Chinese financial authorities may begin to transfer their money from US government bonds to more reliable instruments for Beijing.

This may include Russian assets, suggested Alexander Razuvaev, a member of the Supervisory Board of the Guild of Financial Analysts and Risk Managers.

“The freed money of the PRC can be invested in Russia.

For example, Russian debt securities may well be attractive for China, as we have shown ourselves to be a responsible borrower, despite geopolitical tensions and sanctions from Western partners.

Beijing is also interested in our projects in the oil and gas sector, from which, against the backdrop of sanctions, European business is gradually withdrawing, ”explained the interlocutor of RT.

According to the analyst, it will be difficult for China to withdraw all the money invested in treasuries in a short time, but as the contradictions with Washington continue to grow, Beijing will continue to sell US treasuries.

Moreover, other states may follow the example of the PRC, the expert believes.

“Countries that, in principle, do not oppose the external policy of the United States, most likely, will also try to gradually get out of the American public debt.

For a long time, investments in such assets were considered risk-free, but now it is becoming clear to an increasing number of investors that in reality there is still a risk, ”concluded Razuvaev.