Through the energy saving and efficiency measures plan in the General State Administration (AGE); without negotiating with the unions and through what they define as a... 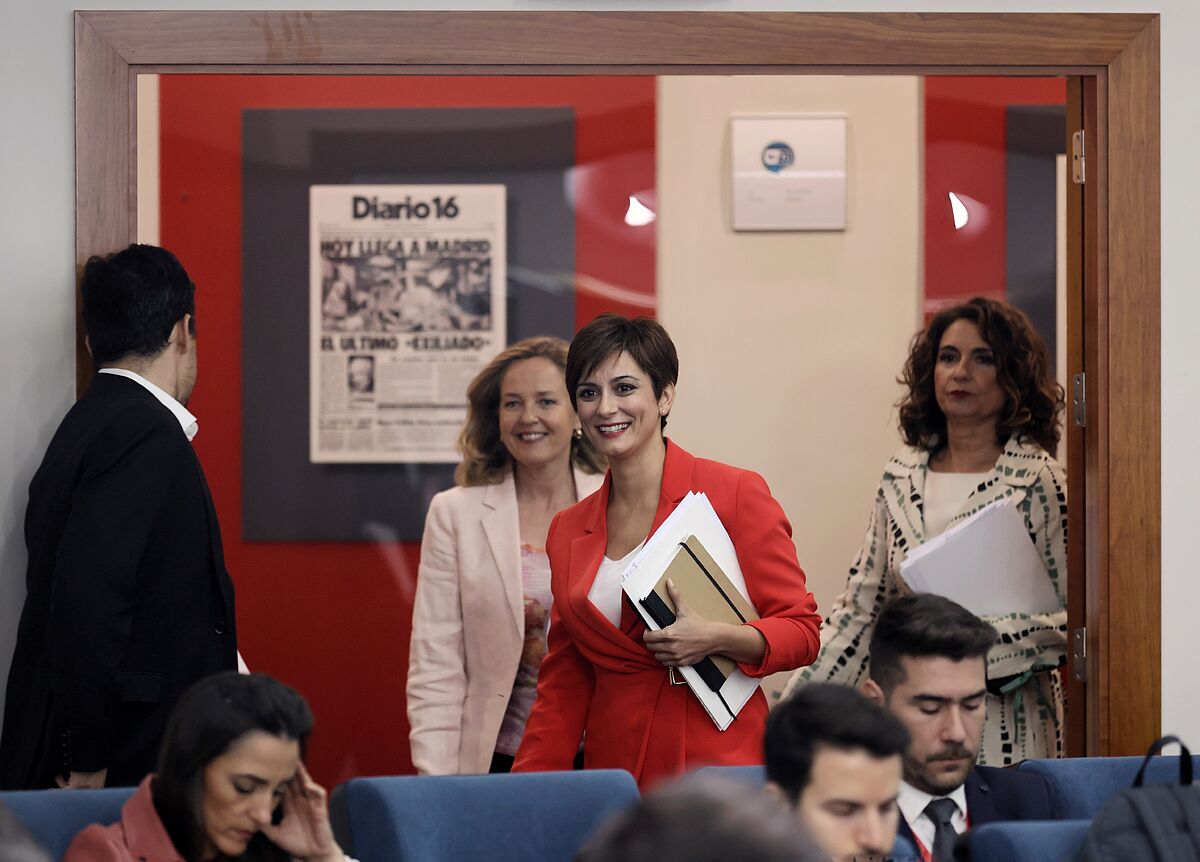 Through the energy saving and efficiency measures plan in the General State Administration (AGE);

and without yet developing its own standard that it announced for January and that, almost six months later, it still does not want to specify.

This is how the Minister of Finance and Public Function, María Jesús Montero, yesterday approved the teleworking of officials.

Or, better said, what the Ministry now defines as "

" that will allow "reducing the energy impact both by traveling to the workplace and by energy consumption in the workplace itself."

Because what is no longer being talked about is "conciliation" or that it is a way of "promoting the presence of the Administration" throughout the territory, which is what was agreed in the bases that the unions signed with the Ministry that Miquel Iceta directed then more than a year ago.

«They have not negotiated anything,

they simply summoned us to realize the measure

There were many protests and they have shoehorned it in, like a patch, with a very brief regulation and pointing out that it will be articulated through a request management system that will be regulated by the undersecretary of each Ministry, ”Antonio González, from UGT.

The format will be, for those positions in which it can be applied,

three days of teleworking and two of face-to-face work

“Although in some cases it can also be two days remotely and three face-to-face,” adds González, while stating that the teleworking decree itself can be delayed even until October.

This rule will collect other basic aspects such as, for example, that the Administration must provide officials with the necessary computer equipment.

," they point out from CSIF.

“It says nothing about equipment, telematics devices and network connections.

During the pandemic there was a computer attack on the SEPE from Russia and the Administration did not take care of the repairs, "González resumes.

The approval of this measure, together with the historic public employment offer, is also part of what the Federation of Associations of the Higher Bodies of the State Civil Administration (Fedeca) dismisses as an "

They are the so-called elite officials, who also show their dissatisfaction with how the minister is carrying out the reform of the Civil Service.

We have not had dialogue

since the Civil Service joined the Treasury.

We knock on his door and we have no answer », point out Fedeca sources, who denounce that they have not had a meeting with Montero since he assumed the management of the Public Function.

A criticism similar to that made by CSIF, which also points to the lack of dialogue with the minister.

This elite of civil servants, moreover, shows its discontent with the fact that the Government wants to reduce the memory load in the Administration's most difficult access tests.

It is something that the aforementioned Iceta advanced as a way of making "skills and attitudes prevail over memorization", and also of eliminating the "mismatch" that, in his opinion, exists between the educational system and the oppositions.

Fedeca, as the Treasury Inspectors have already done on more than one occasion, warns that this change will lower the level and that "what has worked well should not be changed."

And, although they recognize that the economic moment is delicate, they also claim that their salaries are low.

«The A1 [the highest group among public employees]

in Spain, and especially in the State Administration.

Our salary was frozen a long time ago and although right now it may not be the time to ask for salary increases, any comparative indicator shows that the A1 of the State are insufficiently paid, “they emphasize.

The offer approved yesterday by the Council of Ministers contemplates 15,880 new jobs, 9,591 for internal promotion and 4,107 for stabilization.

If the State Security Forces and Bodies, the Armed Forces and the Administration of Justice are taken into account, the total figure is close to 45,000 positions.